Why would you put multiple resistors in line vs one resistor of the same value? 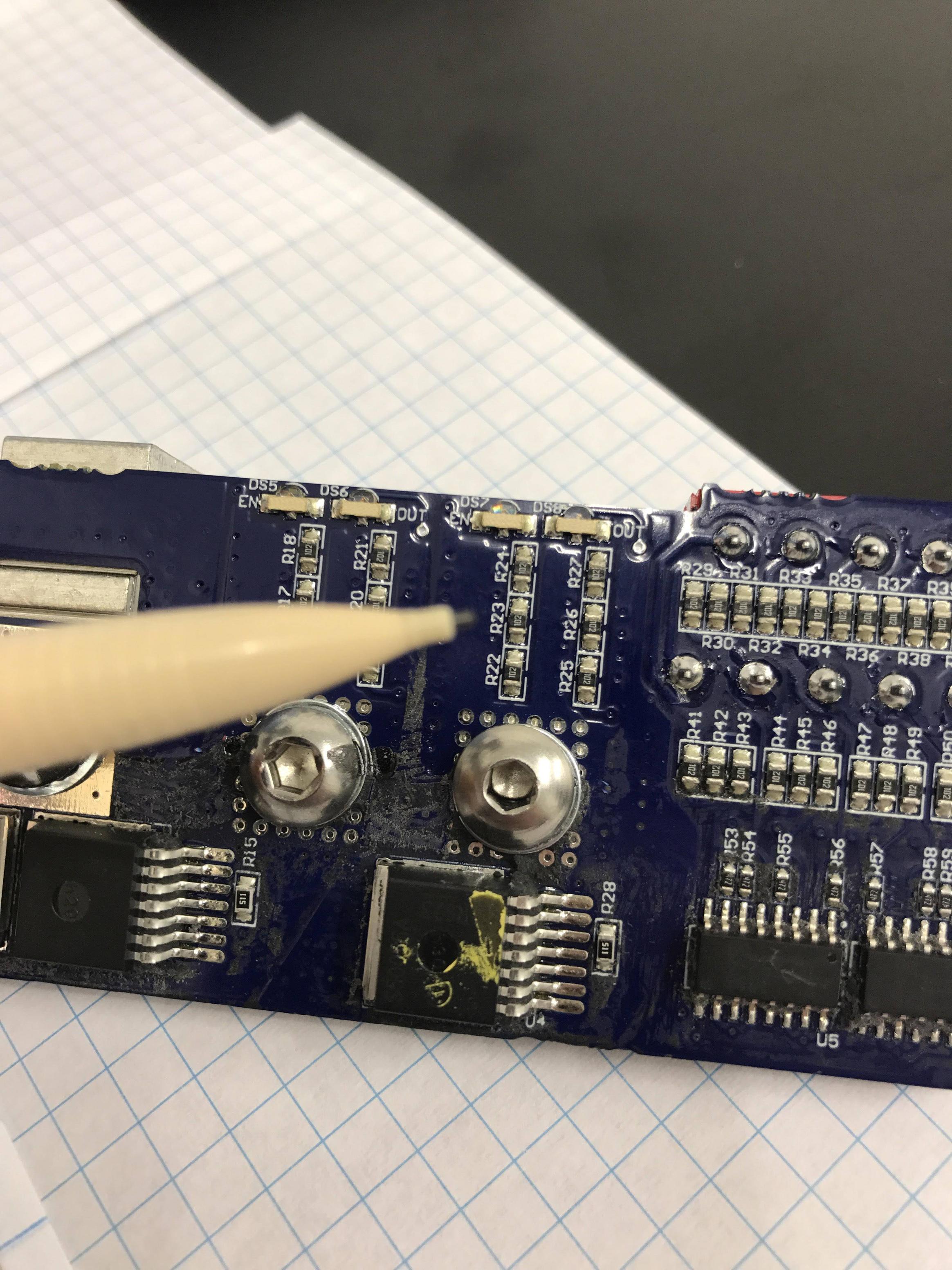 Why would you put multiple resistors in line instead of one resistor that is the same value? In this case, I have a PCB with three 1k ohm resistors. What could be the reason for this instead of just one 3k ohm resistor? Thanks in advance!

Three reasons I can think of:

(Higher power or higher voltage resistors would be larger, which may not be convenient for the auto-place machine)

It may be a reason of power dissipation. Each resistor package of that size can support only a certain amount of power on the resistor so putting multiple in series spreads the power across multiple packages.

Another reason may be voltage rating. An SMT device like that will have a MAX voltage rating that it can handle without insulation break down. Multiple resistors in series will split the voltage drop across the various devices.

A last reason that this is sometimes done is that the circuit board design is done to it is easy to swap out certain resistors to be able to select a combination of different valued resistors that total up to certain calibrated requirement that may not be available in a standard valued single resistor.

In this case, reduction of production cost. Using a common value three times (1k) instead of a less common value once (3k) reduces the total number of different parts required by your design. In the pick and place process used in manufacturing, you are looking to minimize the number of different parts used, within reason. Loading new reels into the feeders can be a significantly greater cost than using a couple more of the same part.

Other reasons to make a chain like this can include increasing the effective voltage rating of the part, such as in the high voltage frontend of a meter or probe, but that doesn't apply here.

I wonder if the board has three resistors in a row because that's what the circuit needs: they aren't just substituting for a single resistor with three times the resistance.

Look to the left between each of the triple resistors, e.g. just above the "3" in the R23 label. Aren't those vias? It looks like there's a via next to each of the junctions in all of the triple-resistor groups. (Someone please let me know if I'm misinterpreting the photo.)

So my guess is the three resistors in each group could be wired in series, thus the placement, but there's also a tap at each of those junctions running to some other part of the circuit.

Or maybe the vias are there for some other reason of convenient layout - but it does seem like an interesting coincidence.

(Also, thanks everyone for the other answers! Always fun to learn some things about PCB manufacturing.)

11
Is there any benefit from installing 2 resistors in parallel instead of 1 resistor?