How to filter noise out from large PWM system

I have a system that drives 300m of 24V LED strips. The strips are in 25 sections, each controlled by a MOSFET attached to an 328P. 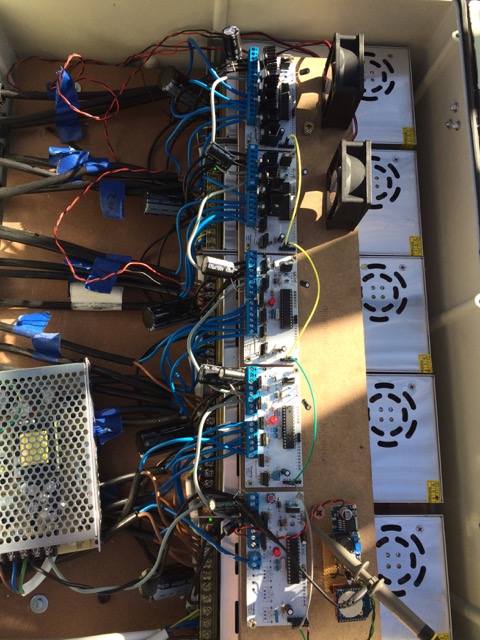 When PWMing the strips (f=500-1000hz depending on the pin), the micros were becoming unresponsive. Suspecting it was a power rail noise problem, I connected the micros to a separate 12V power supply (all grounds are connected) and added a bunch of 100V 2200uF caps to the 24V supplies (as seen in the photo), some 470uF caps to the 12V rail, and some 100uF caps to the 5V rail of each board. This has seemed to help a lot.

However, every now and then, a micro still hangs. How can I further reduce the noise, and avoid a micro hanging? AC coupled probe of the 5V line on the controller boards 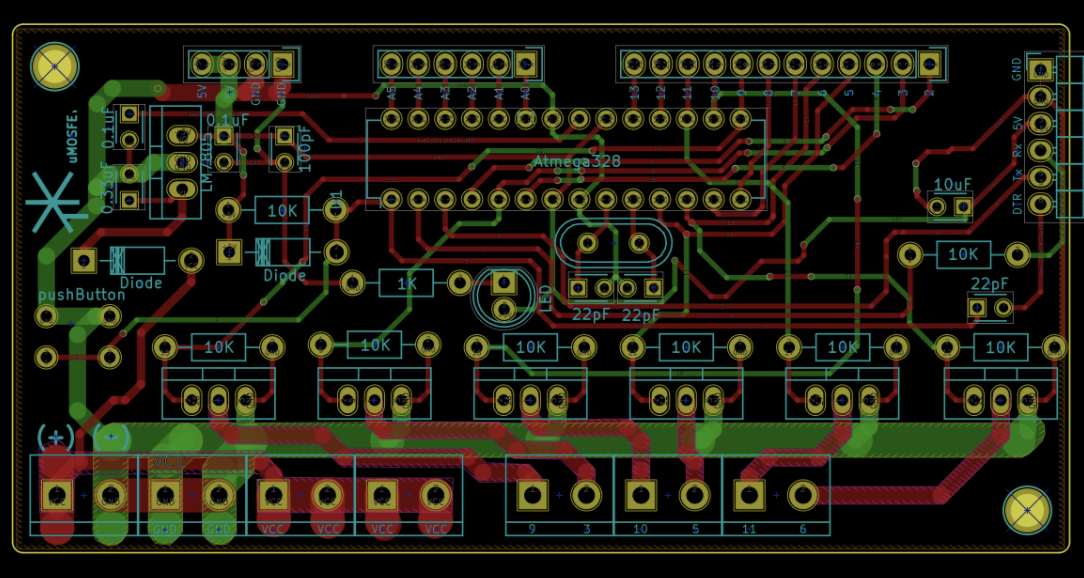 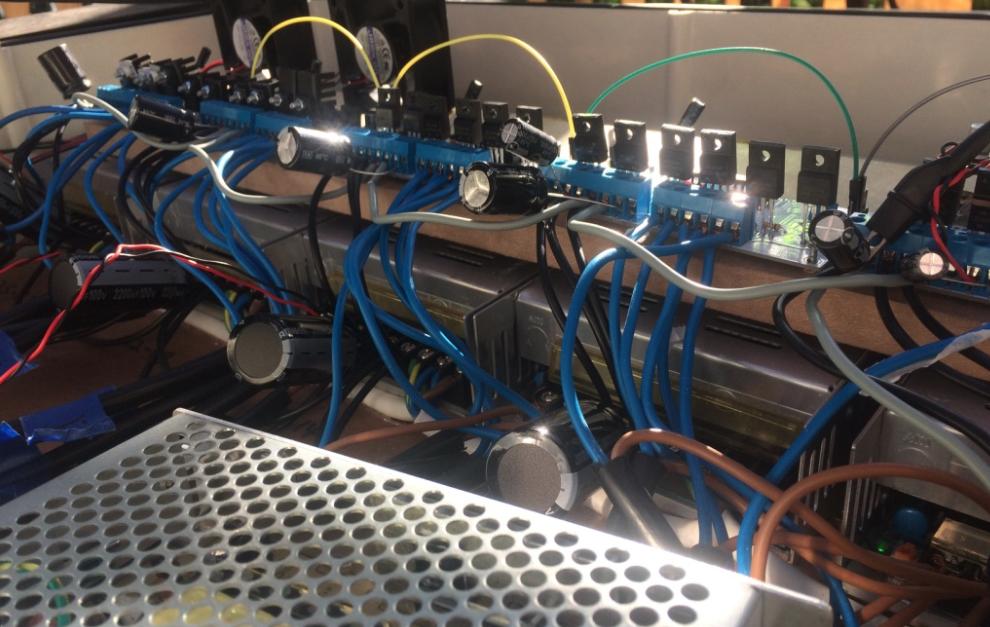 Closer view of the boards. The light gray cable is the 12V line.

I'd suggest you have a couple of problems with your design, particularly since you've mixed high and low current circuits on the same PCB.
You can add capacitive and inductive filters to your hearts content but you'll be chasing your tail for quite some time.

Draw a detailed diagram of your Ground and your Power wiring. Include resistances. And assign each piece of wiring an inductance: 10nanoHenries per 10mm of length. Thus a meter of wire also has 1 micro Henry inductance.

Compute the I*R drop in the wiring.

And now, since you have identified the high rate-of-change-of-current paths, examine their distance (both outgoing and return paths) from the MCU.

Assume the MCU PCB has 4" by 4" loops (0.1 meter loops). Use this formula to compute the induced voltages:

that was an example. Pick your own distances and estimated dI/dT.

Anything over 0.1 volt, given the estimates, should be altered (move the wiring) to determine the effects.

Not the answer you're looking for? Browse other questions tagged power-supply pwm noise or ask your own question.