I know there is a lot of charlieplexing tutorials out there but non of them are very suitable for my case. I want to charlieplex 4 ledstrips together and control them by an arduino. This means that i need a seperate powersupply and use some mosfets to control the inputs. However I can't think of a way to implement that in my current scheme. I'm very new to all this so I could just not know something that is possible so that's why I'm asking here. 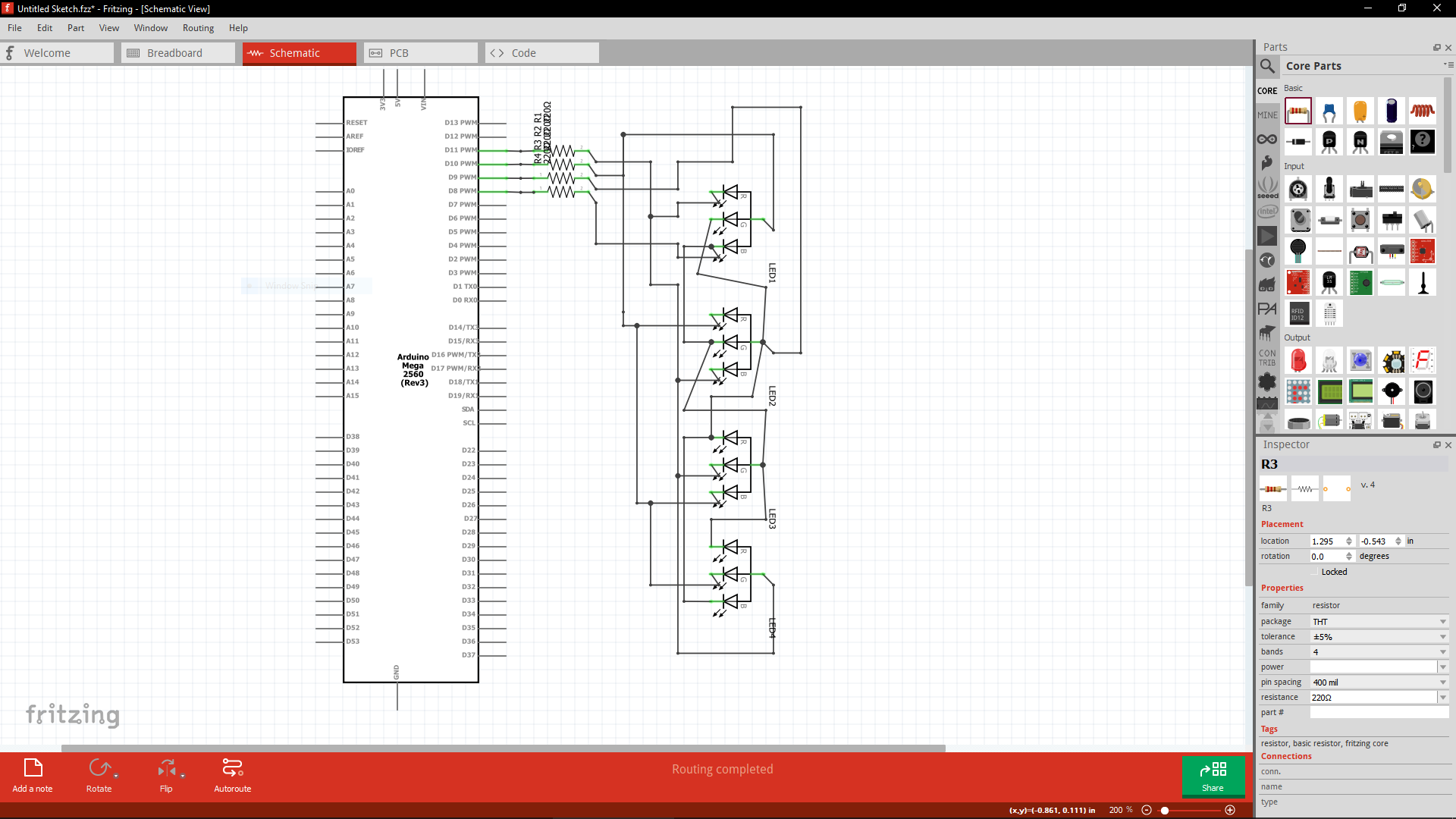 Does anyone know a way to do this? Thanks in advance, Stijn

Charlieplexing relies on the ability of a microcontroller to drive its pins high, low or tristate. In order to do the same thing at 12V, you'll need a bunch of half-bridge drivers, each controlled by two pins on the µC.

It also requires the LEDs (strips, in your case) to be able to withstand the supply voltage applied in reverse, something that single LEDs can easily do at 5V or less. You'll probably have to add a silicon diode in series with each of your strips.

Absolutely no reason the led in an opto can't be charlie-plex like any other led.

The only concern with that is ensuring the voltage and current requirements for the optos, as well as the speed that you need to switch the circuit for proper light output at your strips. This is a unique idea but requires testing.

Not the answer you're looking for? Browse other questions tagged mosfet led-strip charlieplexing or ask your own question.

1
RGB LED strip, powered by an ATX PSU and controlled by PWM, makes my speakers buzz with Arduino connected by USB
1
Powering and controlling multiple 12V LED strips with Arduino LilyPad USB
0
AND with XOR gates not working together
0
For 12X8 LED array with any 1 LED glowing at a time, should we charlieplex or use 74HC595n?
2
Resistors too hot - possible due to transistor type?
0
200 LED through arduino via SN74HC595N shift register
1
MIP2M4 mosfet, Arduino Uno and a 12v PWM PC fan