Finding the currents in this circuit

This is the circuit I'm given: 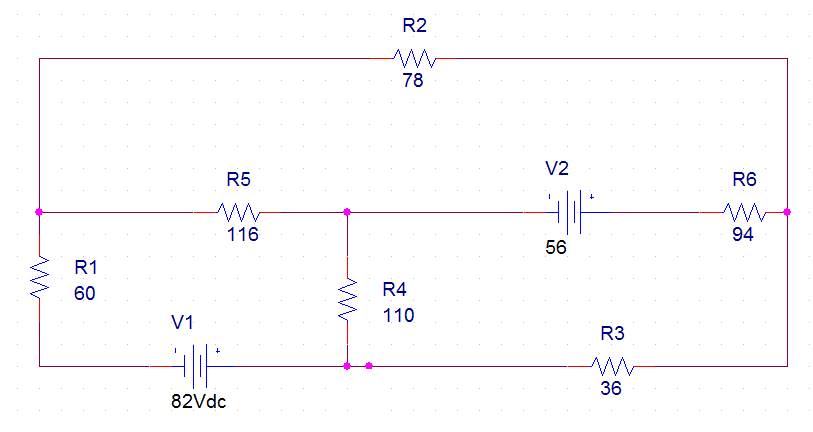 I'm using the Branch Current Method to determine the currents. Firstly I'm choosing the directions of the currents and the way I'm going to sum the voltages with the KVL: 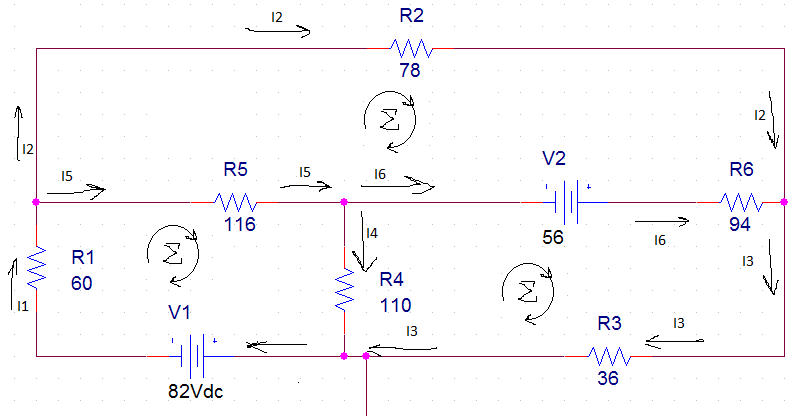 However when I plug this into Wolframalpha, I get results, which don't match with the ones I get from the simulation in PSpice.
WolframAlpha results:

I'm failing to find my mistake. Any help is appreciated

Your KVL equations seem to be wrong. You should assign proper sign to voltage drop across an element in a loop. For example, in the first KVL equation, you are traversing the loop clockwise and the current \$I_1\$ is also assumed to be in the same direction, so the voltage change across R1 would be negative (i.e. \$-I_1R_1\$). The same thing applies to all KVL loops. Thus the equations become.

Apart from this, you have also done a mistake while inputting equations properly to the wolfram equation solver. Here is the link which generated right result.

Not the answer you're looking for? Browse other questions tagged circuit-analysis homework or ask your own question.

2
A problem with branch current method
0
How do I figure out the voltages at these 3 nodes of a circuit?
0
How can find the voltages at 2 nodes with 1 equations and 2 variables?
1
A problem of ideal transformer
1
kirchhoff laws with current source connected in series to resistor
3
I can't derive a differential equation from this complex RLC network
1
How to use nodal or mesh analysis with a current source?
1
Find current and voltage through the circuit