I have a very remote cabin at 1000m (3000f), where I have close to no phone reception, so lately I have been trying to research as much as I can fathom of radio basics, but still without being able to conclude on anything with regards to what kind of antenna design is the optimal for my usecase and why it would be the right.

I was thinking of buying a parabolic antenna, directed at the closest tower down in a valley some 5km away, after reading up on various types. As repeaters are illegal to use (unless you are a phone company) in Norway, I was planning on just connecting (via RG58+SMA) the roof top antenna to a whip in the main room of my cabin. Hopefully that would enable us to make calls inside at this remote location.

Greater directionality can be obtained using beam-forming techniques such as a parabolic reflector or a horn. Since high directivity in an antenna depends on it being large compared to the wavelength, narrow beams of this type are more easily achieved at UHF and microwave frequencies.

But then I found a Yagi-antenna with a gain of 28 dBi(!), and I was a bit dumbstruck. The way I understood the thing with gain was that it was closely related to directionality: more omnidirectional would mean less gain and vice versa.

If a parabolic design had greater directionality, how could a smaller (in surface) Yagi still have a higher gain?

Obviously, I am not a professional after using a few hours reading up on quads, dipoles and whip-designs on Wikipedia, but I would like to understand how the things I buy work on rough level, so hoping you'll cut me some slack :-)

Second lesson: Generally, the larger an antenna is relative to the wavelength, the more gain it can have.

That's why your home satellite dish isn't as highly directive as let's say this one: 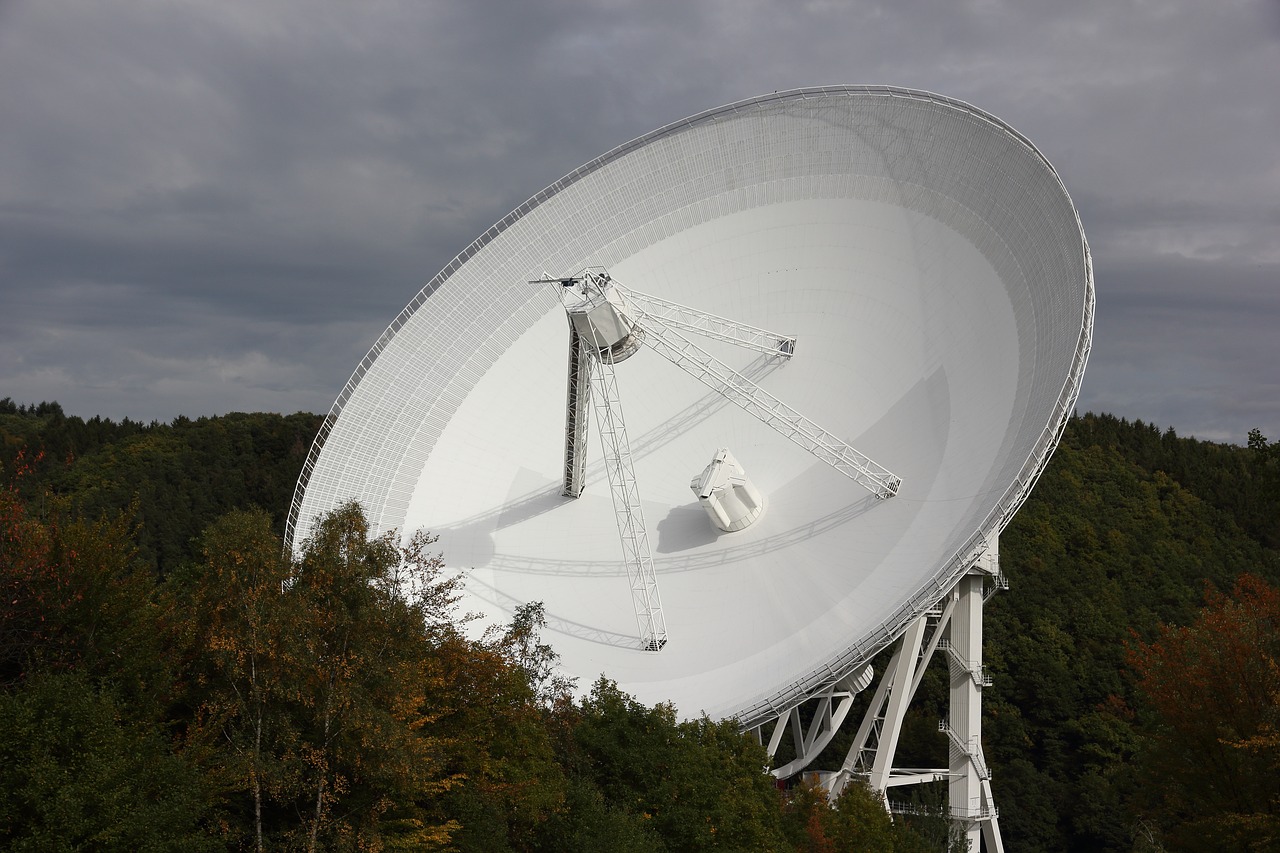 so, first thing not to believe in the Aliexpress listing is this: 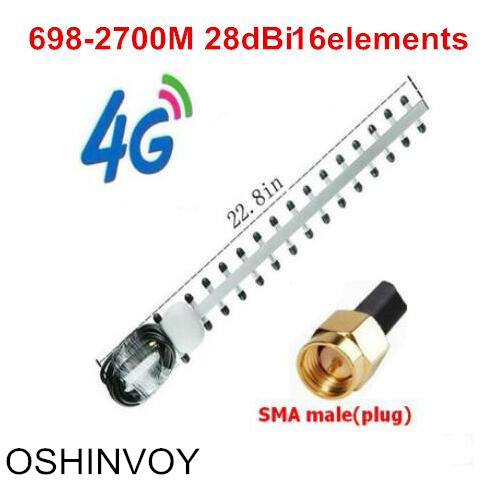 is this the real bandwidth? 700 MHz to 2700 MHz is a bandwidth of 2 GHz, at a center frequency of 1.7 GHz. In other words, this would need to be an ultra-wideband antenna (we can currently hardly build any antennas that can a bandwidth that is much larger than 1.1 of the center frequency). Yagis aren't ultrawideband.

So, what they don't tell you is that this antenna might work well for some of the bands they list below, but not as good for others. In fact, I wouldn't know how a yagi, whose design depends very much on the relation of wavelength to element spacing, could work for such non-integer-factor related bands. This sounds like a scam, in fact.

Now, aliexpress antennas for some reason (cheapness cost, of course, and seller competence) don't come with a measurement of efficiency over the specified frequency range.

If anything, that gain would be achievable at the upmost end of the frequency scale – again, gain scales with relation of antenna size and in a Yagi design, the number of elements that help reactively "focus" a delayed version of the excitation from the last element. Even so, I'd heavily doubt the 28 dBi.

So, rest assured, that, the workings of mythical antenna smiths nonwithstanding, your dish will outperform such a 30€ antenna scam.

As I said, often, legislation limits the Effective Isotropic Radiated Power. That is, you have to subtract the gain of your antenna from your transmission power. Hence, in transmit, you gain nothing by having a high-gain antenna.

Whether or not that's the case in Norway in the cellular bands is unbeknownst to me.

Both parabolic and Yagi antennae can be designed with (in principle) arbitrary gain, by going to arbitrarily directed beams. In the Yagi case, it would be very long, in the parabolic case, very wide. If you pick two examples with different gains, then whichever one has the higher gain will, um, have the higher gain.

You're assuming that the gain being quoted for that 28dBi antenna is accurate. There's plenty of reason to assume that it isn't.

Firstly, the gain of a Yagi relates quite predictably to the number of elements. See e.g. the guidance here. I would expect a 16-element version to have a gain of 20-21dBi. So the 28dBi figure is already implausible.

Secondly, there are other implausible claims in the advert. They claim the antenna works all the way from 698 to 2700 MHz! That's simply impossible for a Yagi. The design is intrinsically tied to a a specific frequency, with the spacing between the elements matching a chosen fraction of the wavelength.

This article shows some detailed simulations of what would actually happen if you used a similar Yagi design over such a wide frequency range. The "21dBi" antenna turned out to have an actual gain of 13dBi at 850 MHz, which was the only frequency it was well matched for. At 1800 and 2100 MHz it was essentially useless.

As with many things sold on free-for-all e-commerce sites, the performance figures have simply been made up to sell the product.