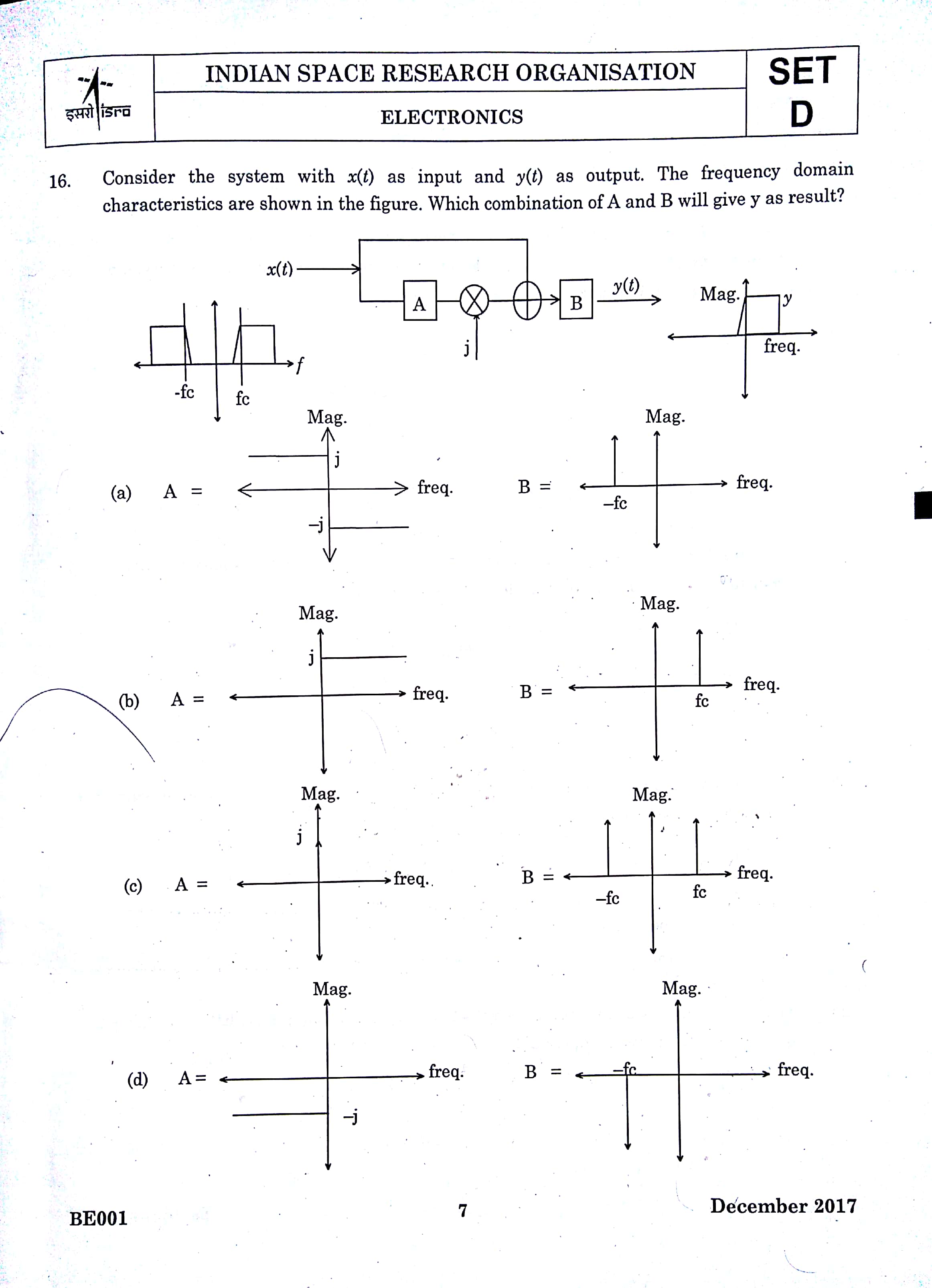 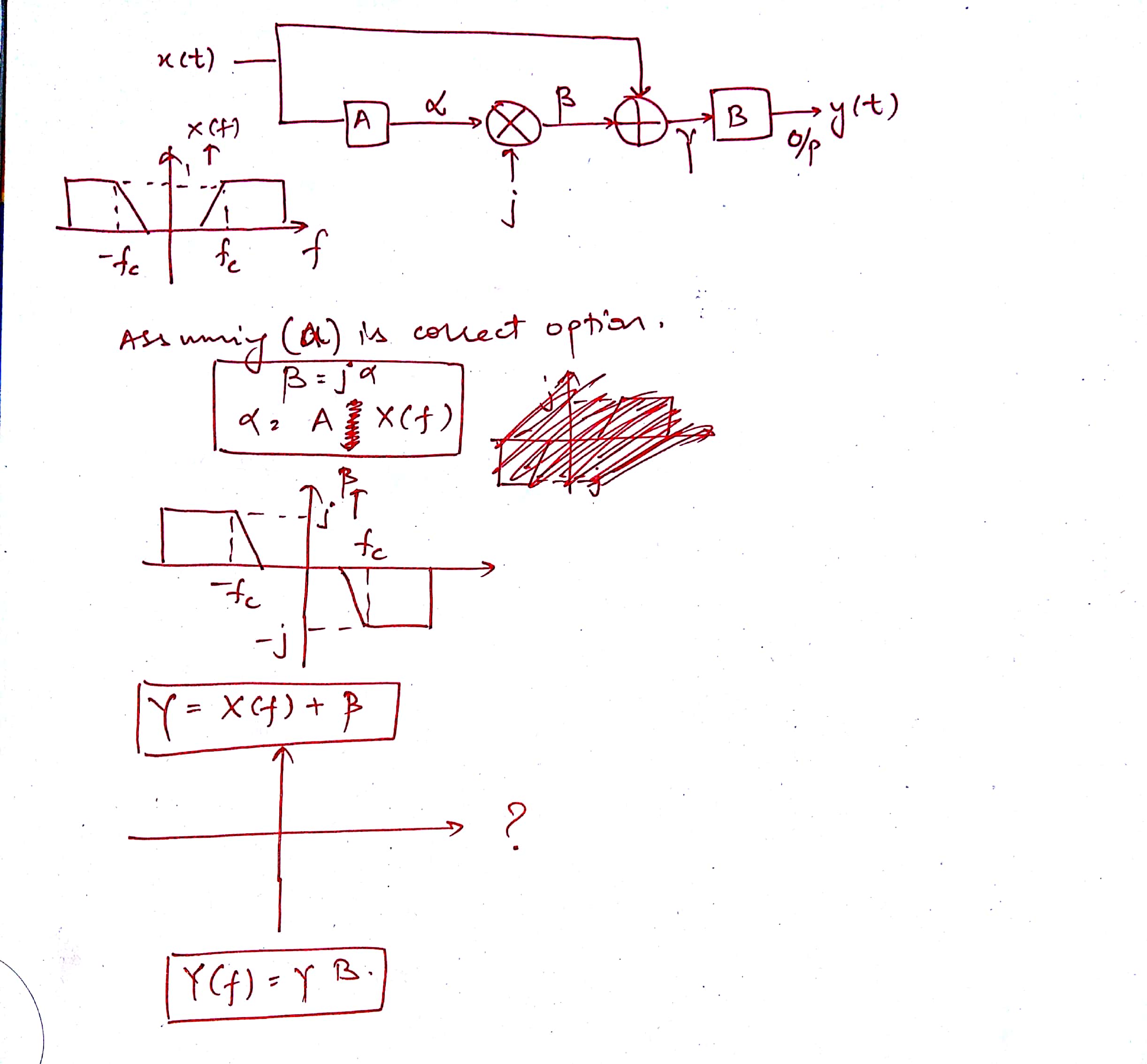 This is a problem which was asked in paper recently. The final answer they gave was option(A).

Since, in frequency domain we can multiply signals. I assumed option (A) and started drawing signals ahead. Is my beta signal wrong ? I cannot proceed further from that part as it will require alot of calculation and I am afraid this is not the right way. I am not looking for solution here, just guide me the way to solve this.

Lets check whether option A is the correct choice or not.

From the second property, we can infer that gamma(t) has to be multipled by e^jwt to obtain y(t). Hence the function of system B would be just that. Now we know: $$e^{jwt} = cos(wt) + j sin(wt)$$ So the corresponding frequency domain representation can be obtained as: 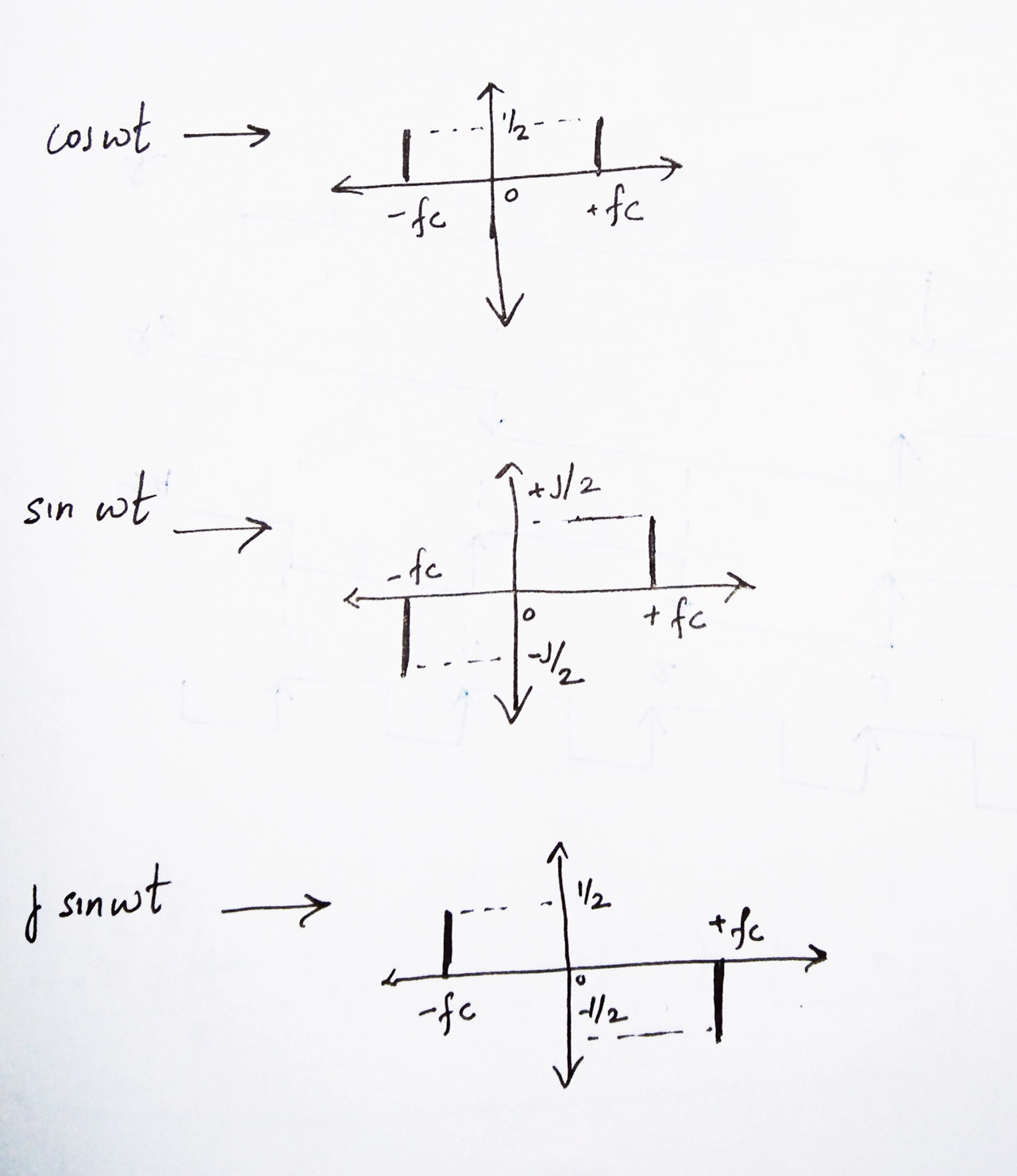 Therefore, in the frequency domain, e^jwt should have to look like:

Note that alpha is imaginary, when multiplied by j you get a real valued pair of sidebands with the one around -fc being negative and the one around fc being positive (this is beta).

When you add the original signal the -fc sideband cancels and the +fc sideband doubles in amplitude, this is gamma.

Block B then must be an image reject mixer to convert down to baseband.

This is a classic SSB phasing method setup.

Not the answer you're looking for? Browse other questions tagged signal signal-processing signal-theory or ask your own question.

0
Noise signal passed thru Normal ( Gaussian Random variable) distribution system : exam problem?
3
LF-RFID demodulation
0
How to check a discrete time system if the following is linear and time invariant?
0
Finding average power signal and its calculation
0
Signal Processing Basics
1
Time Reversal of a signal and convolution sum
2
Composition of a signal
1
Determine the output signal given the input and inpulse response