Understanding power dissipation of a diode in a datasheet chart

But wouldn't it be the exact opposite and even more power be dissipated as heat, when the temperature goes up ? 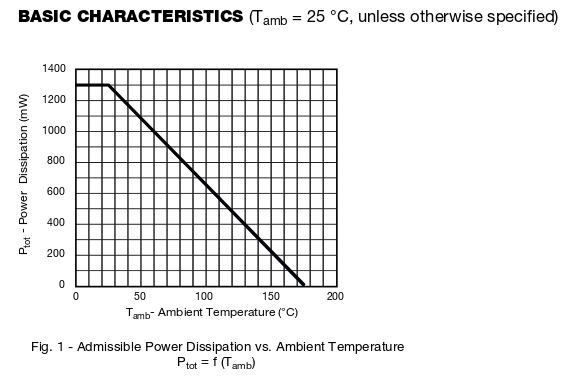 But wouldn't it be the exact opposite and even more power be dissipated as heat, when the temperature goes up?

No. The ability of the diode to dissipate heat will be proportional to \$ \frac {\Delta T}{R_T} \$ where \$ \Delta T \$ is the difference in temperature between the chip and the ambient and \$ R_T \$ is the thermal resistance between the chip and ambient. The latter parameter covers the thermal resistance of the chip to case, case to heatsink (if provided) and heatsink to air or coolant.

Since the maximum temperature of the chip is limited to 175°C then as \$ \Delta T \$ decreases due to increasing ambient temperature the power to be dissipated must decrease to stay in the safe operating area (SOA).

Remember that temperature of the device rises until the power lost to cooling equals the electrical power input. \$ P_{IN} = P_{OUT} \$.

So the watts in the "Power dissipation" is actually current * voltage.

Probably not the best way. Watts that "go through" the diode won't affect it as they'll get to the load. Watts dissipated at the diode are the problem.

... and so as the ambient temperature goes up the less watts are needed to increase it's temperature to 175C in which the diode would stop functioning?

The graph is not showing how much power the diode will dissipate as a function of temperature.

It shows permissible power dissipation as a function of ambient temperature. Think about it. If it's hot all around, less power will get something to a particular temperature than when it's cold all around.

Not the answer you're looking for? Browse other questions tagged power datasheet power-dissipation or ask your own question.