Decrease the time it takes to transition from saturation to cutoff of a 2 terminal phototransistor?

Consider a two terminal phototransistor (collector and emitter) that is saturated and the light source is then removed.

What can one do to speed the transition from saturation to cutoff ?

For a BJT transistor, to get the device to go transition from saturation to cutoff faster, two things would need to be done. Prevent the device from getting into saturation and apply a negative voltage at the base. Both these items are done with the base terminal.

I do not know the underlying physics of a phototransitor, but given its symbol (resembles a BJT), light hits the base, goes through some photo electric effect and we get minority carries in the base, and the operation is similar to an NPN.

With that, the phototransistor being similar to a BJT, how can I make the phototransistor (that does not have a base terminal) turn off faster than just removing the light source - since I can't add a diode between base and collector and I can't apply a negative voltage to the base ?

For marketing reasons, datasheets typically specify a ridiculously low pull-up/-down resistor of 100 ohms or so. This alone would reduce the output voltage swing too much, but you can add more components to amplify the signal again, e.g. like this (the load is Q1's base/emitter): 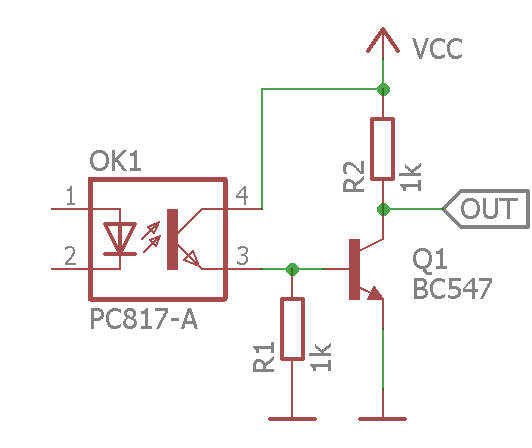 The phenomenon that happens to you may be due to the following phenomena:

The solution to this is that you use a comparator circuit, which you must calibrate to activate or deactivate with the level of light you want. 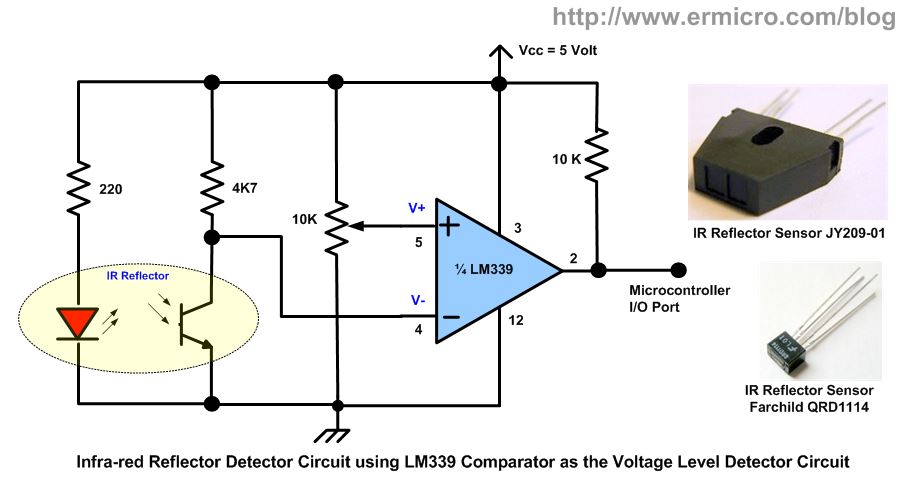 Not the answer you're looking for? Browse other questions tagged phototransistor or ask your own question.

9
Phototransistor transimpedance amplifier
4
Large Active Area phototransistors? And can solar cells be a replacement
0
A phototransistor with LED and resistance in emitter
4
Homebrewed phototransistors - unijunction versions
6
Opto-isolator output from collector vs. emitter
0
Add tilt switch to this photodiode circuit