Speaker works with lm386 but not transistor

I'm working on wiring a tweeter. I had success with this when using a lm386. I just connected 9V power supply to pin 6 and inserted a high pass filter at led 5 with the tweeter wired in parallel. 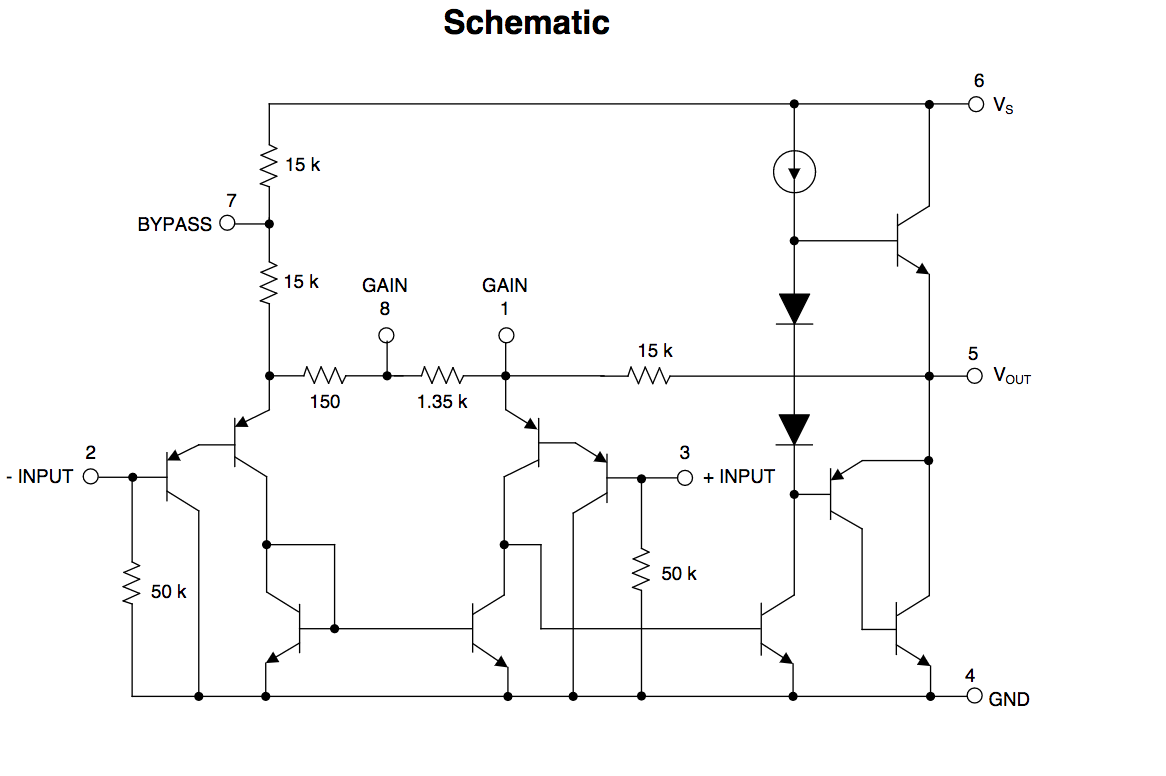 However I would like to use a transistor since this seems to be the only working component in the lm386 module.

I attempted a crude schematic below of my breadboard setup.(The tweeter has a 1uf capacitor between its positive and ground led, it's located at C3) I tested the transistor setup with an LED, so I know it's working. So I'm wondering why the tweeter tweets for the lm386 but not my transistor circuit? 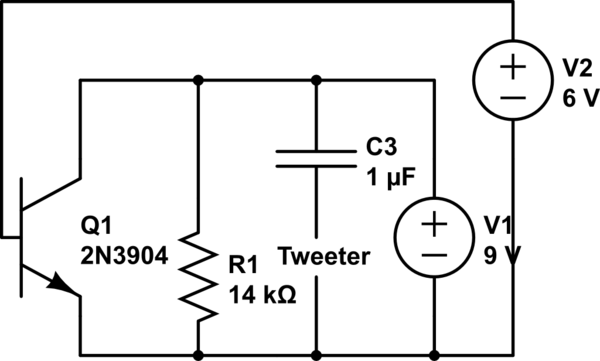 EDIT: I'm trying to create a water level detector using the transistor, like the one shown in this schematic.(credit MasterMind) Only mine has a tweeter instead of a a buzzer and doesn't include all the leds. 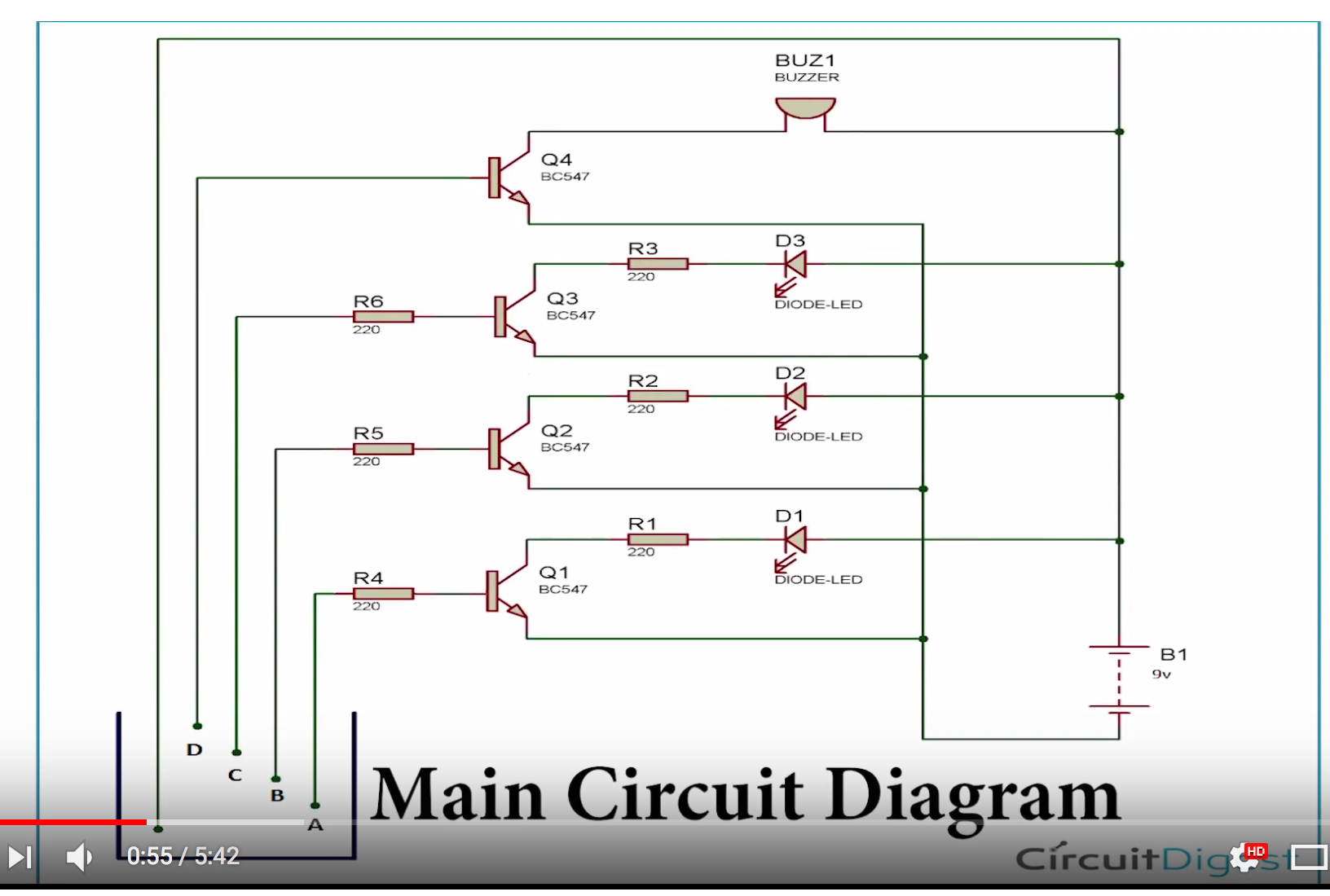 Here are some images of the tweeter in question. I removed it from an old tv: 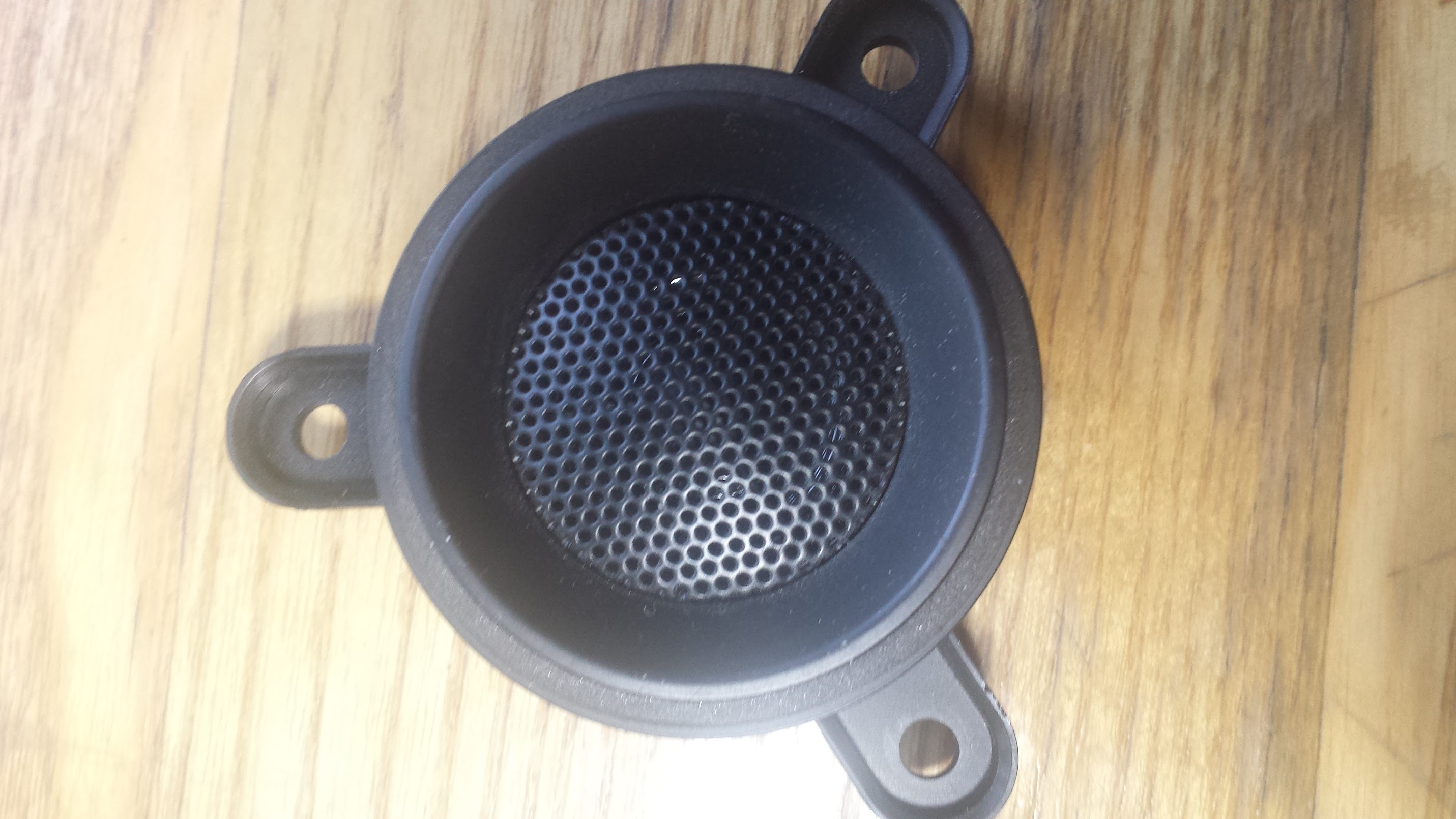 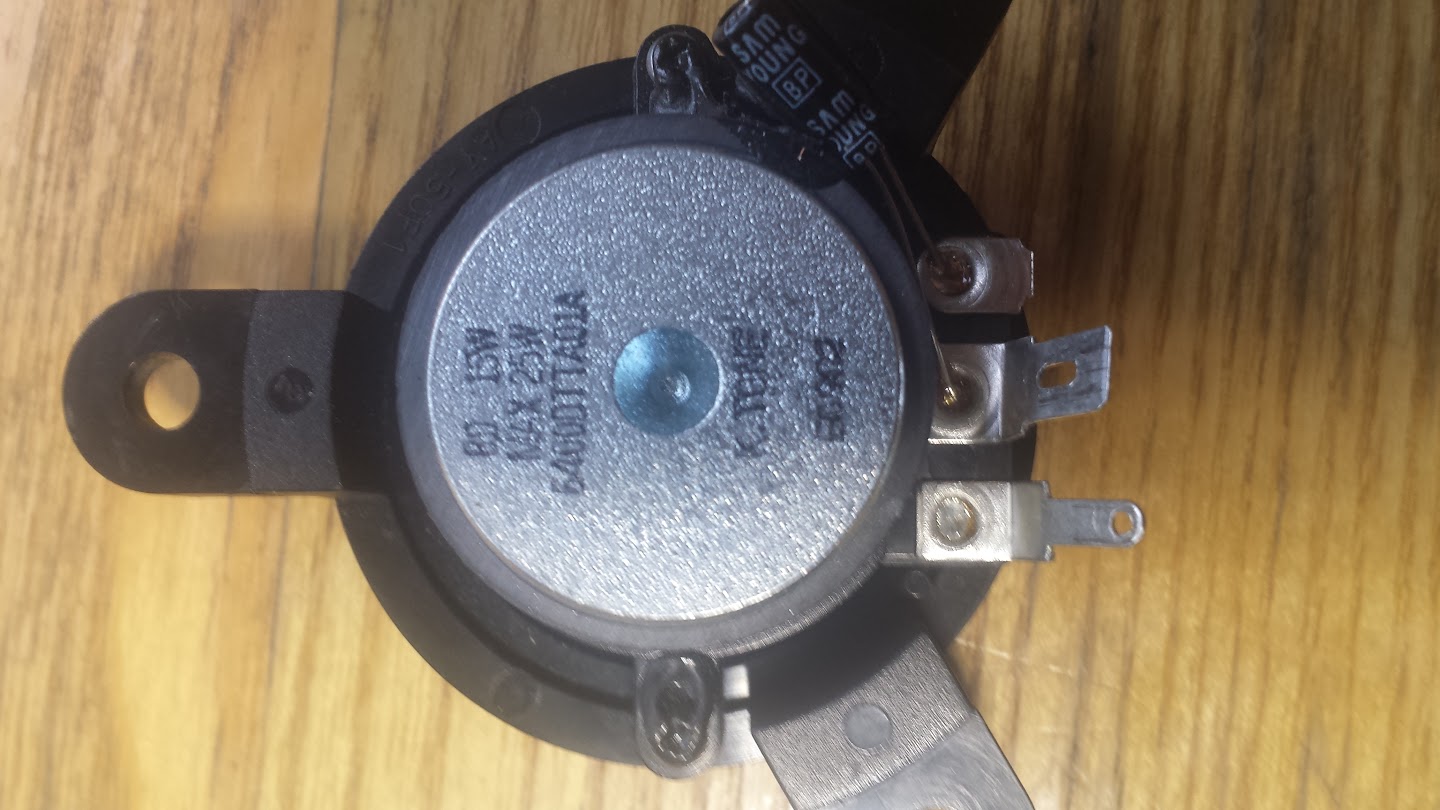 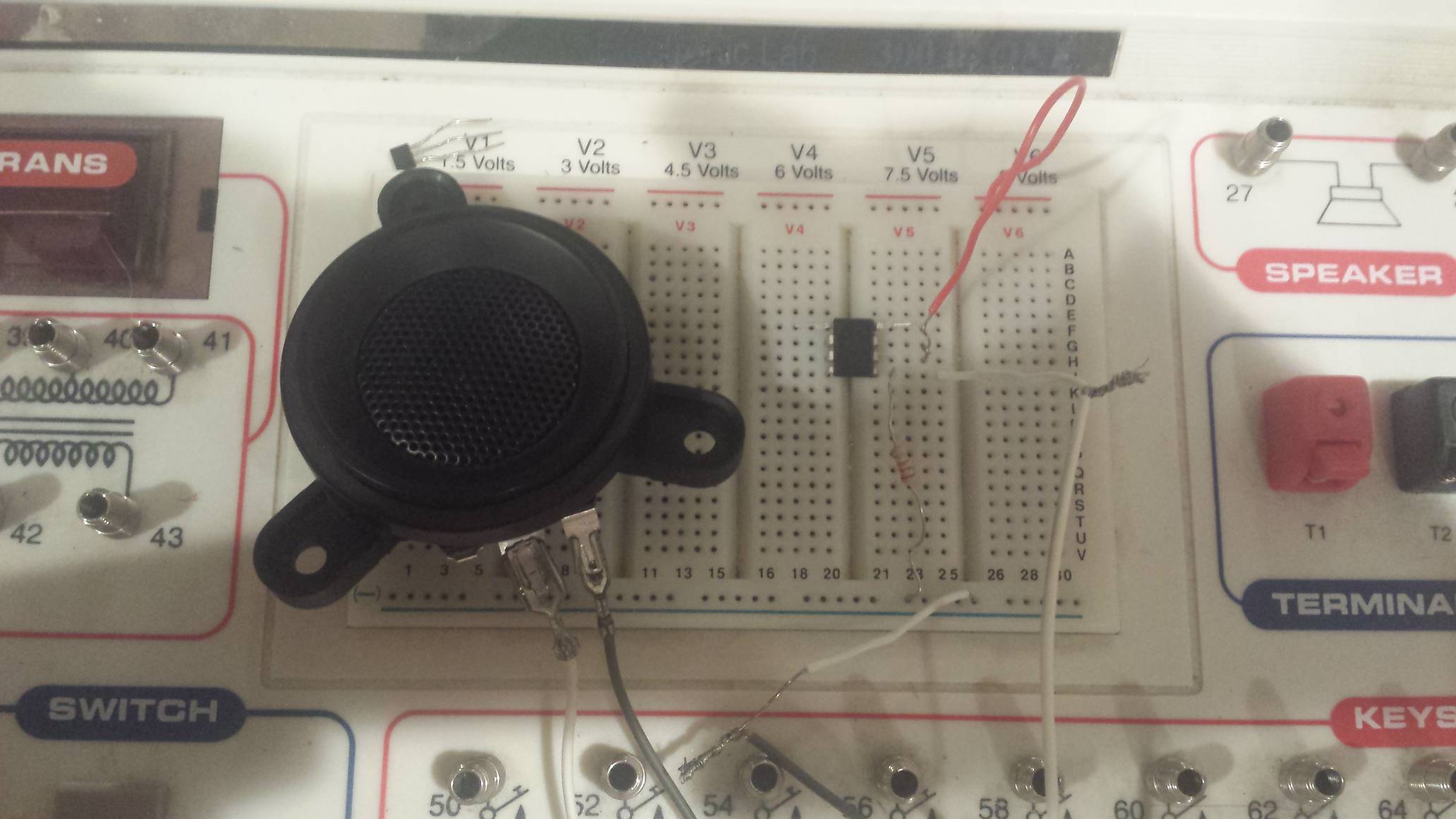 I got the speaker to emit a high pitched sound in this lm386 configuration.

Your "Crude" circuit is a combined short circuit maker for both DC voltages and transistor burner. You should follow the "Main Circuit Diagram". Replace the water with a 10kOhm resistor for sound.

The Buzzer is not a tweeter, tweeter is a loudspeaker, it reproduces high pitched sounds. Buzzer has a sound generator circuit and a mechanical sounder-usually a piezo loudspeaker. Buzzer needs only a proper operating voltage, tweeter needs a signal source, an amp and the operating voltage to make sound. For buzzer applications the sound source and the amp can be a combined circuit, an oscillator. You surely know how sound systems scream when a microphone is too near the speaker. That's the feedback which makes the system oscillating. The mic is replaced by a fixed circuit in oscillators.

Badly designed or wired amps are easily oscillators without asking.

BTW. LM386 is a carefully designed circuit which hasn't exessive parts. Even in your application the circuit worked as whole - all parts were functional altough in this case not much more was achieved than by using a single transistor and a buzzer.

EDIT AFTER SEEING THE PHOTOS OF YOUR SPEAKER AND CIRCUIT:

You have created a buzzer. Bypassig all general circuit design principles and datasheet suggestions allowed you to create an unstable amplifier. It has no voltage decopupling nor the in datasheet suggested RC high frequency damping circuit in parallel with the speaker.

The highpass circuit which this speaker normally needs in audio applications is the speaker itself and the soldered series capacitor seen in your photo. In your lucky case the capacitor has prevented the DC short circuit through the speaker coil.

I bet that none of us would have suggested this solution, if you had asked how to use a tweeter as a buzzer. A blind chicken can find a grain - just that has happened. The grain isn't of very high quality in terms of industrial production repeatability because it relies on unspecified non-idealities. But your single individual works altough we have no idea how much it takes current and how it behaves with different wires, other battery, other LM386 and other speaker.

ADD: There are some single transistor oscillator circuits which can with a speaker be a buzzer. The following is one possiblity. 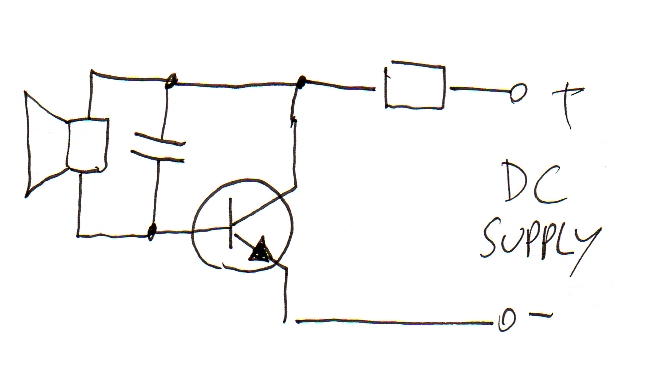 To be sure one should do simulations with a proper loudspeaker math model or build a test circuit. Inductor is not good enough speaker model. Speaker is a complex resonator. I'm quite sure that at least one more resistor and one more capacitor is needed to get enough phase shift for oscillation.