How to solve for current given resistor value for LED circuit?

So I have the following LED circuit: 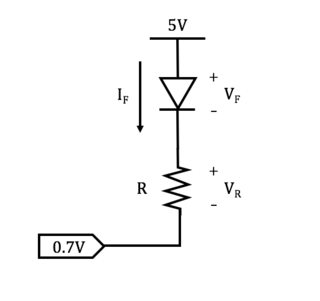 I know how to find the forward voltage and current from the datasheet of the LED and how to then solve for the appropriate value of \$R\$. 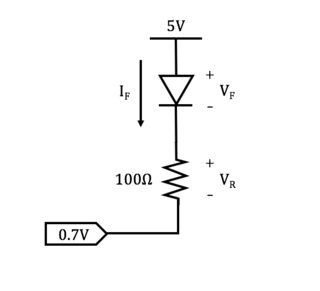 The only way I can currently think of to solve this is: 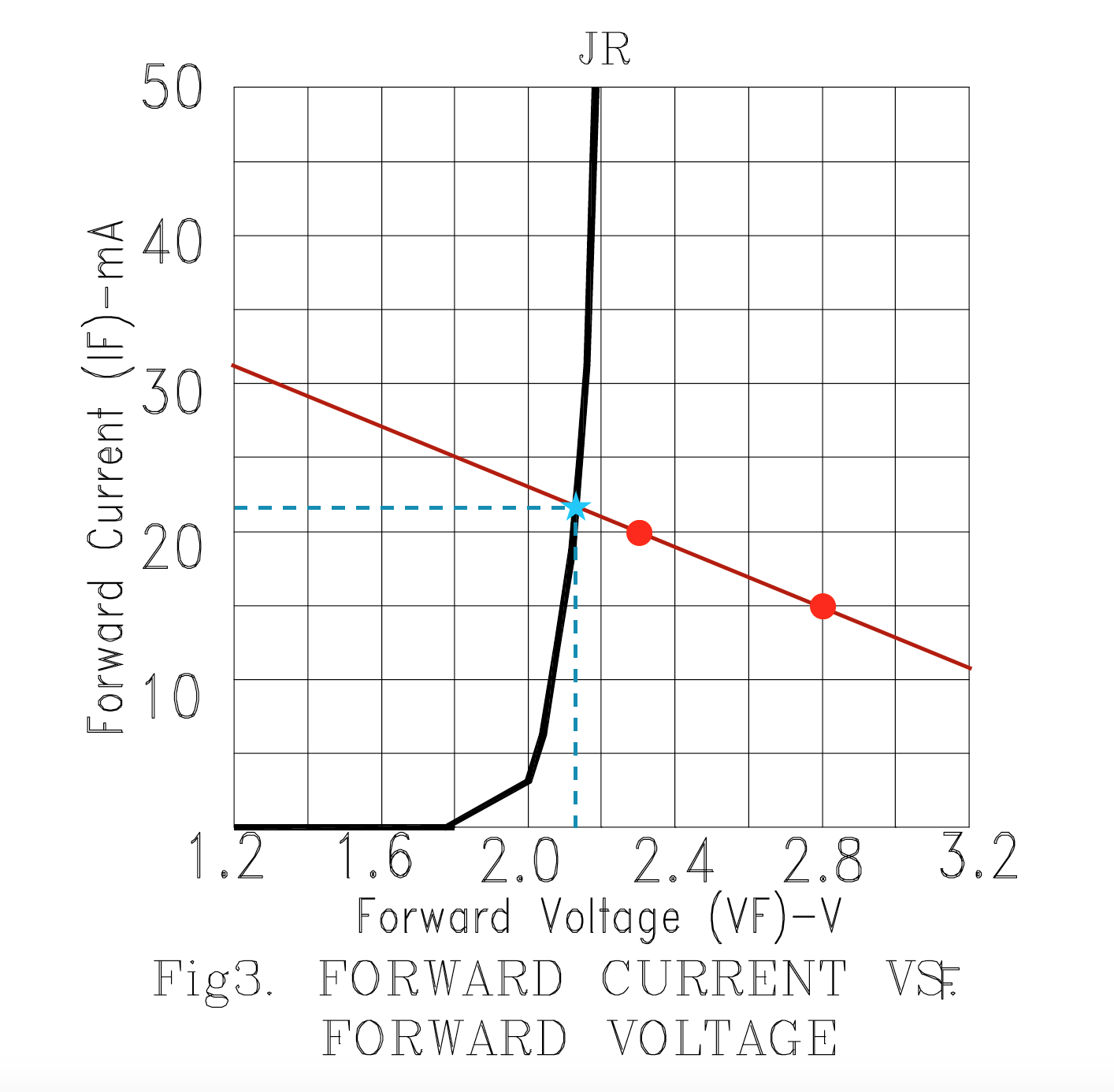 However, this was a lot of work for such a basic circuit. Is there an easier way to solve for or at least nicely estimate what \$I_F\$ would be given \$R\$? The value of the current matters a lot to me because I need to make sure I don't fry my microcontroller!

Is there an easier way to solve for or at least nicely estimate what \$I_F\$ ... because I need to make sure I don't fry my microcontroller!

Before you try to calculate the diode current any more precisely, you should consider that the diode forward voltage is likely to vary by 100 mV or more as its temperature changes.

You're on the right track. You can simply overlay the load-line for your chosen resistor value onto the LED IV curve. Here's one I did: 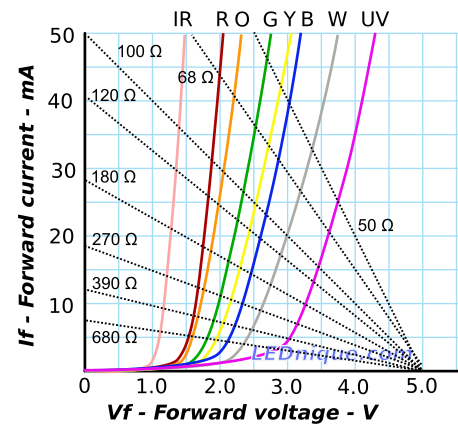 Figure 1. Various resistor and LED load-lines for a 5 V supply. The intersection of a resistance and IV curve gives the operating point. Source: LEDnique.com.

I'm still working on the curves which are somewhat off. (The blue and white, for example, should be much closer.)

There are some worked examples on the linked page.

You are wasting your time, assuming this is a simple visual indicator, for several reasons.

The LED forward voltage vs. current curve is not guaranteed, only usually a fixed point, or two. It varies from unit-to-unit and with temperature. You might want to change manufacturers in the future and the chemistry or internal resistance might be a bit different.

The visual brightness does not change all that much with current due to logarithmic eye response- a good LED at 5mA can be almost too bright, and a old school one at 20mA can be meh.

GPIO minimum drop is usually not specified at all, at any currents, just the maximum.

You should be nowhere near the current level that would "fry" your GPIO. Otherwise you are likely to run into reliability issues.

While there is a geek appeal in fitting a curve to the LED and to the GPIO output IV curves and hitting some arbitrary current target within a fraction of a percent, it's not really that useful a trick. If it requires that much effort it will likely be too variable.

Just pick a value that will give enough brightness and has plenty of margin.

Not the answer you're looking for? Browse other questions tagged led circuit-analysis resistors current-measurement current-limiting or ask your own question.

6
How do resistors limit current for an LED?
2
Circuit with 10 LEDs with 9V battery
0
Diode equation with a series resistance
0
Does a bias resistor determine the forward voltage drop across an LED?

42
Correct formula for LED current-limiting resistor?
3
Calculating resistor value and power rating for LED driving
3
Checking materials (cheapest possible) to be used for a solar dark-detecting LED light bulb circuit
0
How to drive an LED with an LED driver
0
Current Limiting Resistors for Multi-Branch LED circuit
5
What should my resistor wattage be to run a LED on 240VAC?
3
How to determine resistor value for given voltages
0
How to find voltage across resistors in RC Circuit with 2 voltage sources?
2
How to solve a LED-resistor parallel with a resistor?
0
Value of LED current limiting resistor incorrect?