How to determine the input resistance of a bootstrapped emitter follower

Consider the following emitter follower stage which I got from a textbook. 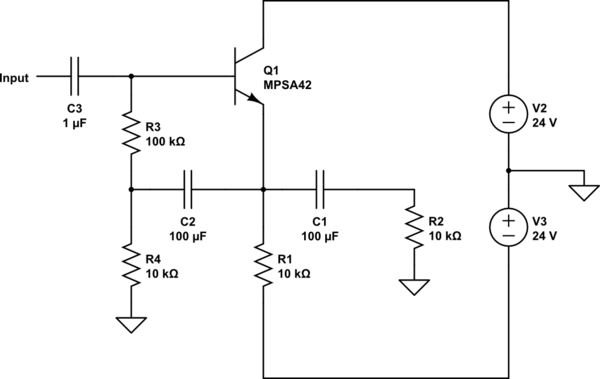 Just to compare, suppose there is no bootstrap capacitor C2, transistor MPSA42 has a beta of 70, so the input impedance would be roughly \$\beta (R_2\parallel R_1) \parallel R_3\$ (I didn't consider R4 for the calculation since \$R_4 << R_3\$), substituting values results in an input impedance of 77.7kΩ.

Now consider what happens when the bootstrap capacitor is in:

The voltage gain of the CC stage is roughly:

What am I doing wrong, is my line of reasoning correct?

Well, the equation for the Zin and voltage gain looks for the emitter follower with the bootstrap (positive feedback) at the input 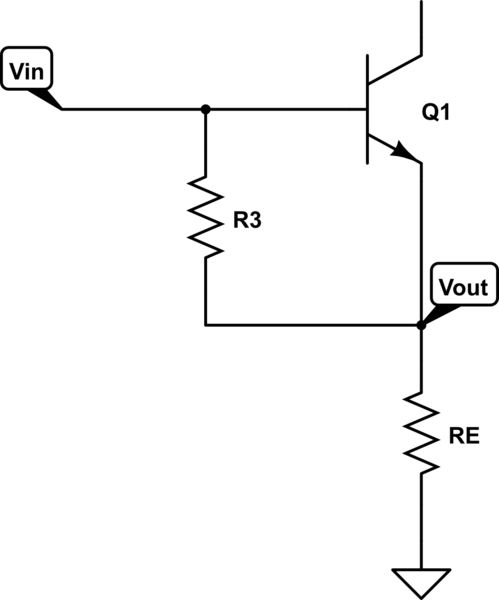 Of course \$R_E\$ is for your circuit equal to

So, in conclusion, your reasoning is correct

Not the answer you're looking for? Browse other questions tagged transistors bootstrap common-collector or ask your own question.