I want to charge a 18v cordless drill lithium battery, which is basically 5 Panasonic INR18650-20R 3.7v cells connected in series. 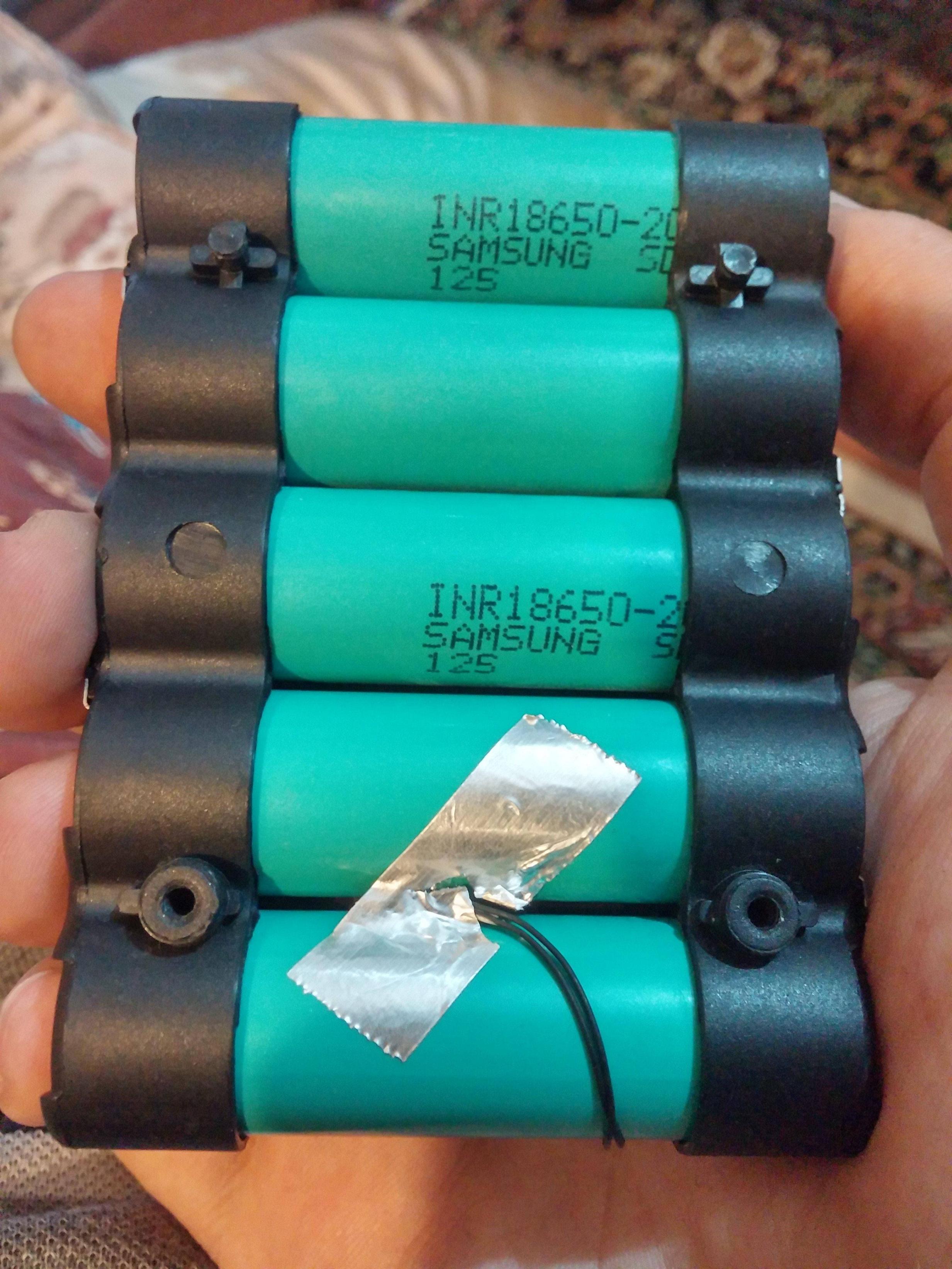 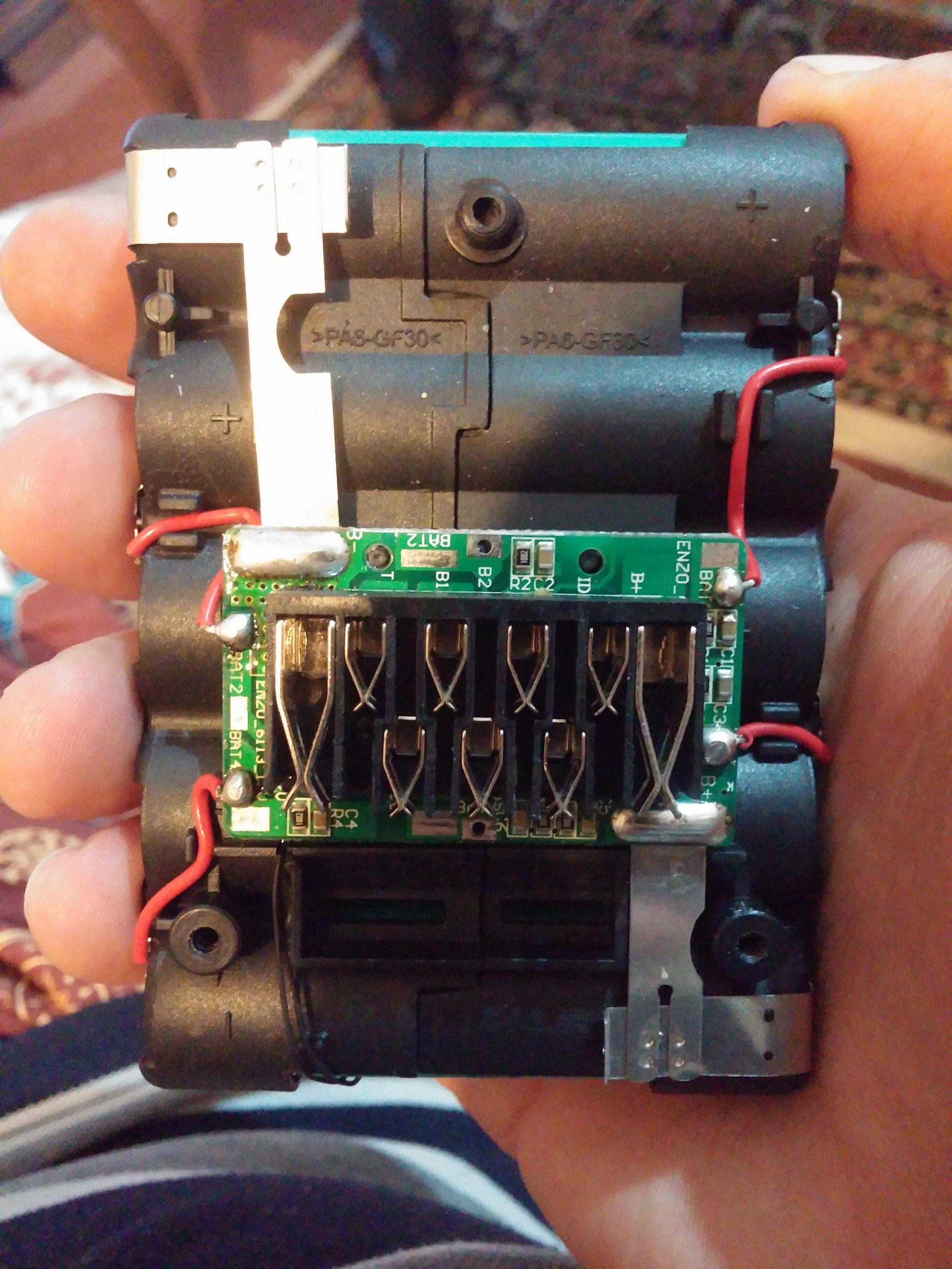 the battery pins are BATTERY+, BATTERY- and 4 pins marked BATTERY1, BATTERY2, BATTERY3 and BATTERY4 which are connected between + and - of batteries (probably used for balanced charging) I searched for a way to charge this thing, but all i found was about using a balanced charger.

However, is it possible to charge each cell individually using a single tp4056 charger? like, connecting BATTERY- and BATTERY1 to charger and, after finished proceed to BATTERY1 and BATTERY2 and so on?

However, is it possible to charge each cell individually using a single tp4056 charger? like, connecting BATTERY- and BATTERY1 to charger and, after finished proceed to BATTERY1 and BATTERY2 and so on?

Yes, that's possible. If all you have is a single cell charger, then it's the only way to do it.

It's not the quickest way to do it, it will take five times as long as a complete battery charger. But by the time you've finished charging all 5 cells to the same voltage, you'll have a fully charged balanced battery.

What can go wrong? What happens if you forget to charge one cell, and then use it as a battery? Disaster. If you go this route, you need to be organised enough so that never happens. You have five times the handling of the battery, and mucking about with the balance terminals. That's more than five times the chance of reverse connecting something, or dropping something conductive across terminals. So a much more risky way of handling the battery. Be careful.

Not the answer you're looking for? Browse other questions tagged charger lithium or ask your own question.

6
Charging li-ion cell using constant-voltage only
4
TP4056 Lithium Charger Module issue
0
How charge Ni-Cd battery from cordless drill
2
Buck/boost to charge lithium battery from solar and alternator?
0
How to charge two 18650s in series without a middle connection?
0
Substitute 12v Lead Acid Battery with Nominal 10.8v Lithium Ion Battery?
0
Why is my self built LiFePO4 battery pack not charging?
0
Is it possible to disable a TP4056 lithium battery charge IC when no battery is present?