Background: I'm working on a project that would allow a number of people to hook up their laptops to a single monitor through a KVM and use buttons on the desk to control who has control of the monitor. Originally, the plan was to use buttons with microcontrollers to send keyboard shortcuts to the KVM which would then switch to a given input based on what keyboard shortcut was sent. I've run into a problem because the keyboard switching is a little.. off. The only way to do it without installing software is to cycle through the inputs 1 by 1, and it's a requirement that the user not need to install anything. So now I'm wondering if its feasible to interact directly with the KVM hardware. Worst case scenario, we could just plant the KVMs on the table, but that's not quite as user-friendly.

Problem: I want to have a bunch of buttons on a table, ~6ft away from the KVM, which would replace the buttons on the KVM board. I'm not sure how to do this, but I have a few ideas (not sure if they're feasable):

So I guess the question is: which of these would be the easiest, and what's the best way to go about it? Also open to suggestions on entirely different solutions..

First picture is of the top of the KVM, where the buttons are soldered onto the board, the second is the underside of the board. The button connections can be seen sticking out of the board. 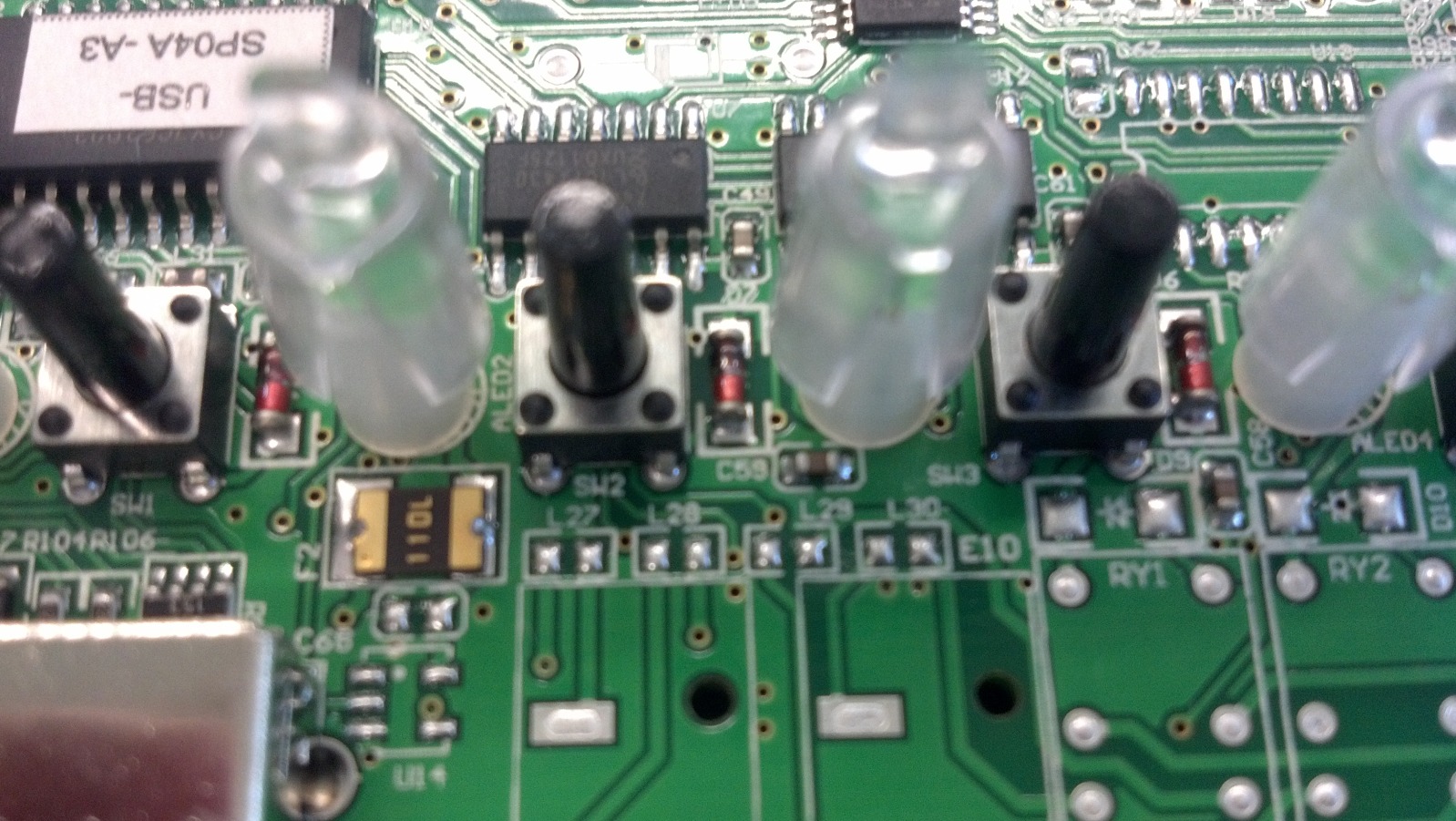 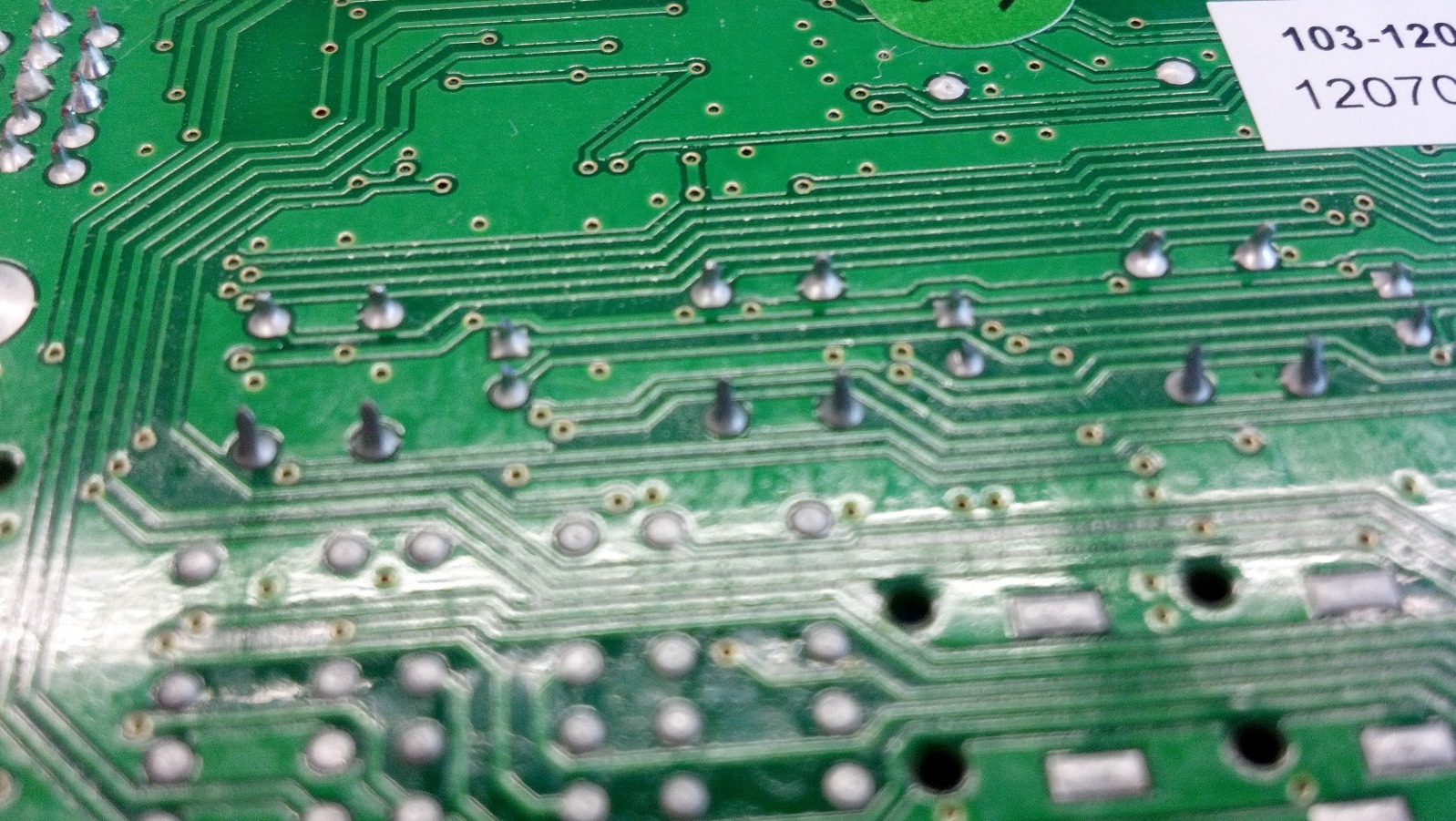 You can simply solder long wires to the back of the board where the buttons connect and put buttons on the ends of the wires. If you get phantom switching (button presses when you weren't pressing a button) or several switches when you only press the button once then you'll have to look more carefully at the design of the circuit to eliminate false presses and properly debounce it.

But try long wires and buttons first - it should work fine.

The buttons you show have 4 pins. Connect your 2 wires to two diagonally opposite pins.

Not the answer you're looking for? Browse other questions tagged soldering button or ask your own question.

1
Looking for buttons
0
Soldering small connector to a wire
0
Fan cools solder down too quickly
4
Soldering on keyboard controller circuit board
0
Senseo & Raspberry PI soldering circuit board
0
D1 mini - pin hole / track repair
0
Push buttons switch
0
Is it possible to “intercept” a 20-pin FFC?
1
What solution would be a low power option to signal a computer with button presses?