Why are current sources not drawn explicitly in the datasheets' schematic diagrams?

Below is a schematic diagram given for an IC in its datasheet: 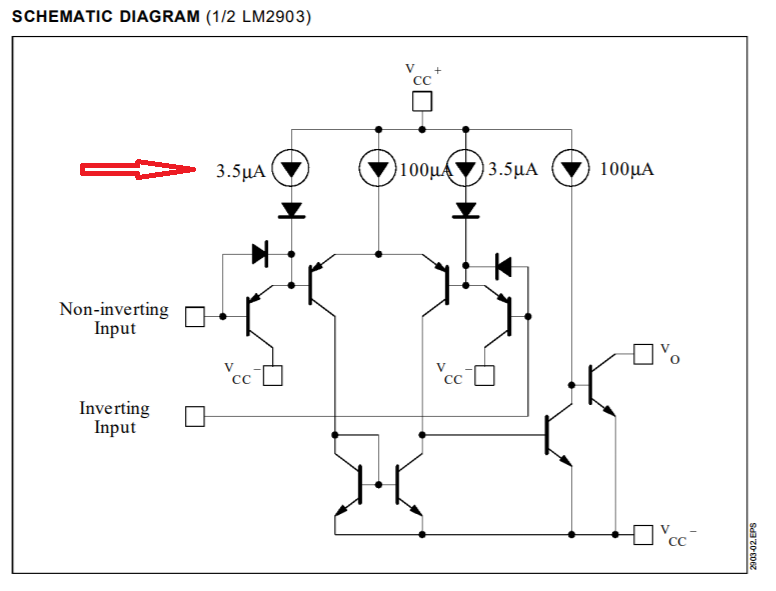 As you can see everything is drawn in detail in transistor level. I can see many BJT transistors and diodes for instance.

Most likely just to simplify the schematic. They would likely be implemented with various scaled and interconnected current mirrors as well as some sort of reference current generation circuit. One complicating factor is that this is 1 channel out of 2 on the chip, and it's entirely possible that the biasing circuitry is shared between the two channels in various ways.

It's common for the biasing circuitry to be relatively complex as it has to provide lots of different currents to different parts of the circuit, and maintain accuracy despite voltage and temperature variations. However, the biasing circuitry simply ends up generating some well-controlled reference voltages and currents, so drawing those on the schematic as sources makes it much easier to read and understand the important functional parts of the circuit.

Drawing out a current source by showing the exact circuit used would often make things less clear, since the designs of practical current sources will often be sensitive to component variations. To understand way, look at a couple of simple ways a 1mA current source might be implemented on a chip which is specified only for operation at exactly 10.0 volts: 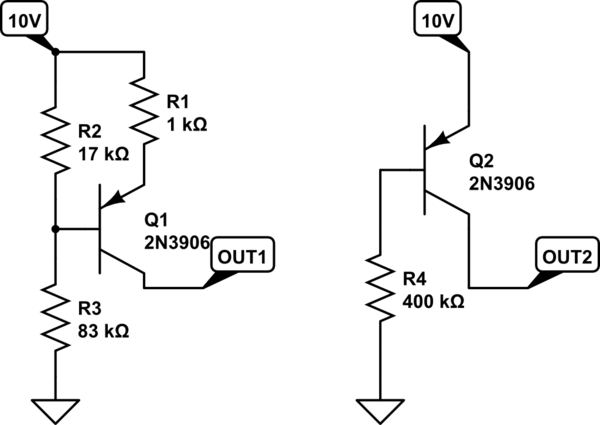 The approach on the right may work if the transistor happens to have a voltage drop of exactly 0.7 and a beta of exactly 43.01, or if its voltage drop and beta have the proper relationship, but uncertainty in those parameters (especially beta) could yield to significant variations in current. The circuit on the left would have an output current that is more sensitive to voltage drop, but far less sensitive to beta.

As technologies change, chip designers may have more or less precise control over different aspects of transistor behavior, and might thus have reason to favor one approach over the other. Someone using the part, however, would have little reason to care about whether the designer used a transistor with a very precisely controlled beta, or used emitter resistance to reduce beta dependence, or used some other means to ensure predictable behavior. There's thus no reason to include such details in an end-user schematic.

Not the answer you're looking for? Browse other questions tagged integrated-circuit schematics current-source or ask your own question.

3
Howland Current Pump VS Wilson Current Mirror
1
Opamp Misbehaving in Constant Current Source Circuit
3
The usage of chip topography and diagram(schematic)?
2
H-bridge with BJTs: why do IC and discrete solutions differ (or Sziklai vs Darlington)
0
Separate drawn diagrams in a schematic
1
Current Mirrors Design in IC
2
About transistor biasing and coupling capacitors in ICs