This is the datasheet of voltage regulator that I would use:

Is it possible to exchange that 22uF with an equivalent (or larger) ceramic instead of electrolytics? Cause I would use 1206 SMD components.

Also, in some websites I did find schemas with 2 capacitors on INPUT and 2 on OUPUT, on parallel, both of 22uF + 100uF. 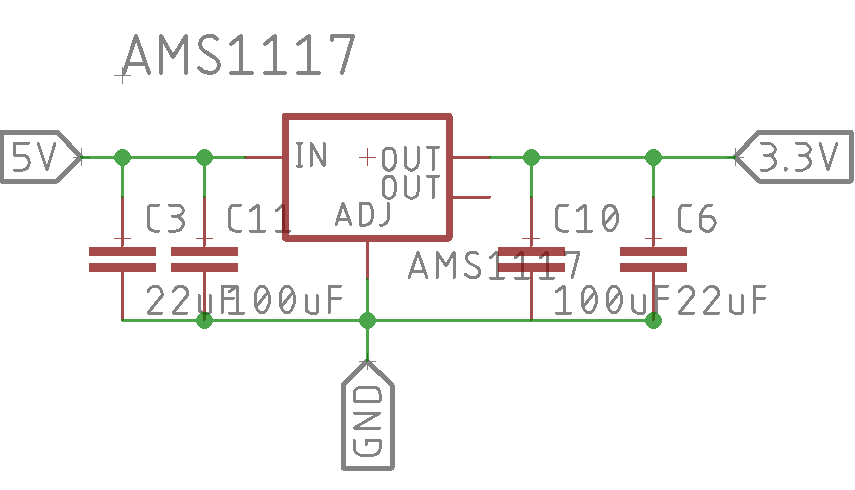 In effect, I did print same pcb layout (feeded power from a Samsung Charger via MICROUSB and converted down to 3V3) with electrolytics capacitors and it works very well (tested with a multimeter, 5V on INPUT and 3V3 on output). Is it an exageration?

Thank you for both the answer

Edit: another schematic with this AMS1117 is the module provided on Aliexpress.

I did test them from a friend and seems to work... What do you think about them?

On another image, seems clear that 104+106 on input and 104+106 on output. Is possible that supplier does not respect the datasheet? 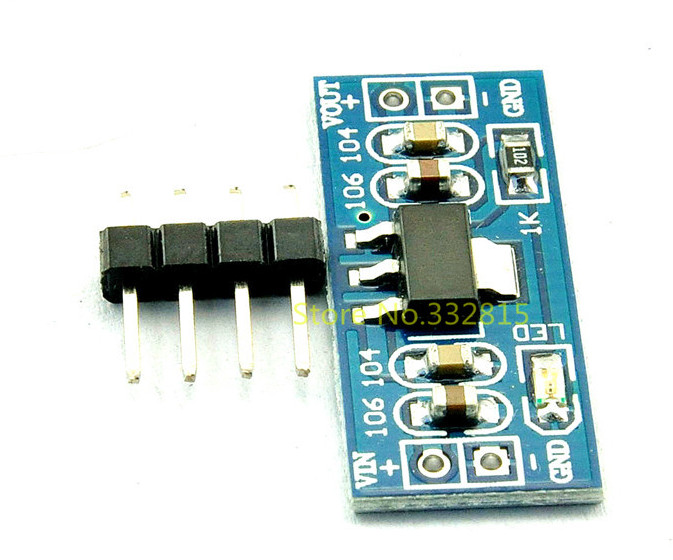 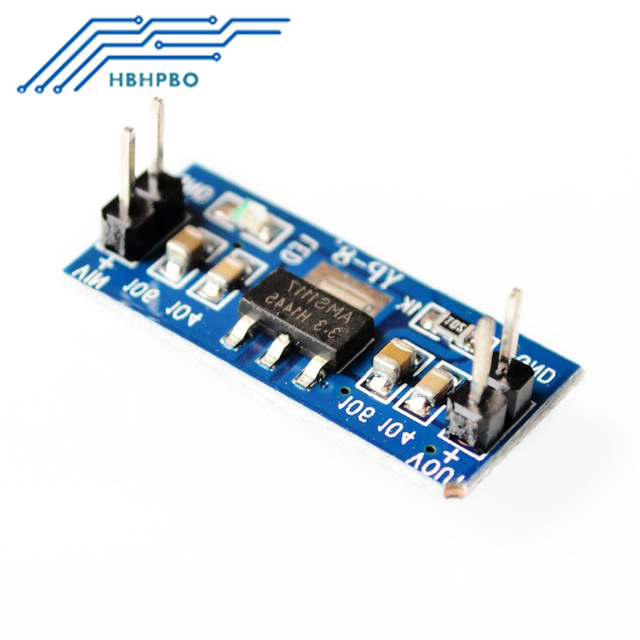 No, not necessarily. You can replace the electrolytic capacitor with an equivalent ceramic with a 0.33 or 0.5 ohm resistor in series. The datasheet only mentions tantalum capacitors and you should take that as an enormous red flag. Too-low ESR means that the regulator could be unstable or only conditionally stable (could oscillate under different load or temperature conditions).

Note that a 22uF ceramic may not be equivalent to a 22uF electrolytic. Especially for smaller types run close to their rated voltage the capacitance can be much less than the marked value. Always check the capacitance vs. voltage curve for the proposed part.

I wouldn't risk it.

The datasheet you linked specifically recommends a tantalum electrolytic and says that the capacitor is critical for maintaining control stability. It's very common for older regulator designs like AMS1117 to require a minimum ESR in the output capacitor for stability, and for ceramic capacitors to have too low an ESR for this. The datasheets often don't mention this requirement because ceramic capacitors in the 10 uF and higher range simply weren't available when the datasheets were written.

The TI replacement part (LM1117) specifically requires an ESR between 0.3 and 22 ohms, but the requirements for the version from your vendor may be different.

You could consider using a ceramic capacitor with a series resistance (either an SMT part or a narrow trace), but you'd need to test carefully to be sure this remains stable under all the operating conditions required for your application (temperature, voltage, etc), also considering the variability of the capacitance value with temperature, age, etc.

Or simply use a newer regulator design whose datasheet explicitly allows use with low-ESR ceramic output capacitors.

Not the answer you're looking for? Browse other questions tagged electrolytic-capacitor ceramic or ask your own question.

58
Can I replace all electrolytic capacitors with ceramic?