Electrical element instead of diode?

What electrical element can replace diodes other than transistors in an AC circuit ?

There are many theoretical methods you could use to replace a diode. The complexity and cost would mean it is not really feasible on any sort of scale, but it is certainly doable.

In this situation, the intrinsic diode of the MOSFET is initially used to allow for the recovery current to flow through and then the controller turns on the MOSFET, creating a lower resistance path for the current (that is Rds vs vf of the body diode). 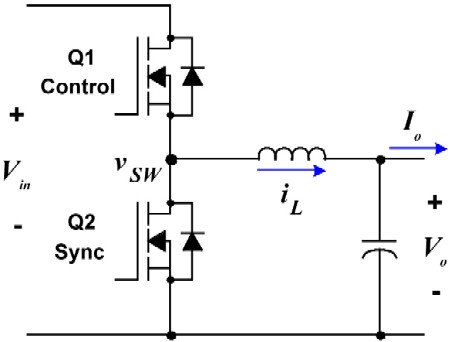 This could be extended to be made into an active diode. A comparator across each end of the MOSFET with the output connected to a gate drive is used to turn the MOSFET on. So while one side is positive, the MOSFET will turn on and allow current to flow in parallel to the body diode and when the voltage reverses, the comparator will detect that and switch off the gate, thus turning the MOSFET off. You effectively have an active diode in parallel with a regular diode.

Going back to your originally question, there is no electrical element that can replace a diode (a p–n junction) other than another p–n junction (whether in a diode, transistor or MOSFET package). This element can be improved upon using a MOSFET and associated circuitry to reduce losses. This is often the case in switched-mode power supplies and motor controls.

The power stations back in days used mechanical "Synchronous Rectifier Bridge" thing. No electronics at all for AC->DC conversion. The idea is to use a mechanical contraption to do simple commutation as fast as AC changes its direction, so you get a DC as a result.

If you have a lab with good machine shop, vacuum chambers and pumps and custom glass oven, and several little persons, you can produce a very high efficiency sample of mechanical rectifier for 60 Hz industrial.

This one on the picture can rectify 16v 5A (80W) or so. Looks kind of steampunk with neat industrial touch. Look at the nice level of usability, lids are opened and user can access contacts panel to tie the wires with AC source and DC load. And daily cleaning and replacement of the brush contacts is as easy!. 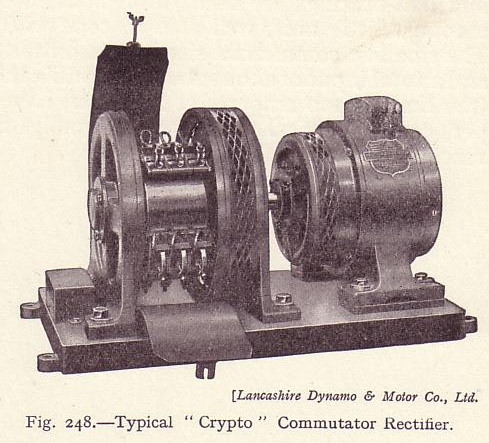 A foxhole radio uses a rusty razor blade and a pencil as the rectifier in a peak detector for an AM radio.

A vacuum tube rectifier is another element that serves the same function. Though technically still a "Diode" it is not a PN junction.

Not the answer you're looking for? Browse other questions tagged ac diodes or ask your own question.

10
Usage of a transistor configured as diode
1
Diode rectification on a device
3
Are plain diodes uncommon?
1
Testing a diode's electrical characteristics with temperature control
0
When should the AC resistance of a diode be taken into account in a practical circuit?
2
help identifying TVS diode
1
Diode questions
0
Diode capacitance vs diode speed