So I have two daisychained 74HC595 Shift Registers driving 16 low current LEDs, and the shift registers are wired to an Arduino Mega.

Initially the ciruit worked perfectly, the test code scanned left to right toggling one LED, a few weeks later it suddenly began to toggle random leds. Also, when you firmly press the cables together it becomes more stable.

I have tried adding more decoupling capacitors (100nF as per datasheet) directly onto the VCC and GND of each Shift Register, I've switched out the cables for a sheilded cable with twisted pairs and the measured current is within the Reccomended specs. Still no change.

I borrowed an osiliscope and the data/clock/latch seem to be fine, but it's a pretty old model that I am not too familar with and I could've made an error.

What could cause this 'noise' and how would you prevent it? Thanks! 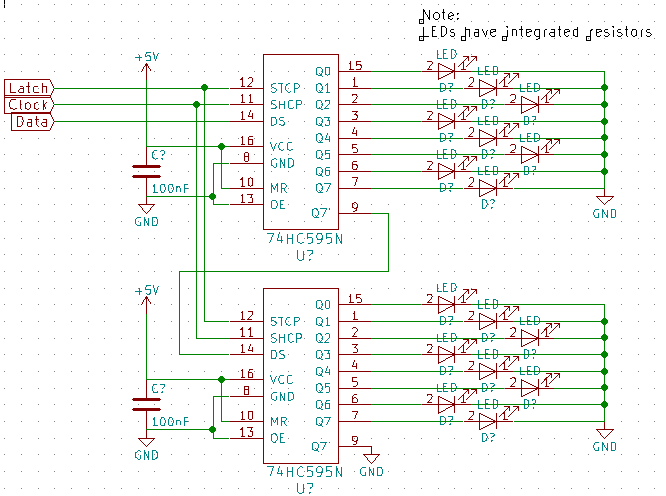 EDIT: After buying a new set of decoupling capacitors, everything worked.

Browse other questions tagged arduino serial shift-register or ask your own question.