What is the RS-485 line wire series resistance limitations?

Just tried to simulate the communication line with the series resistance in it: 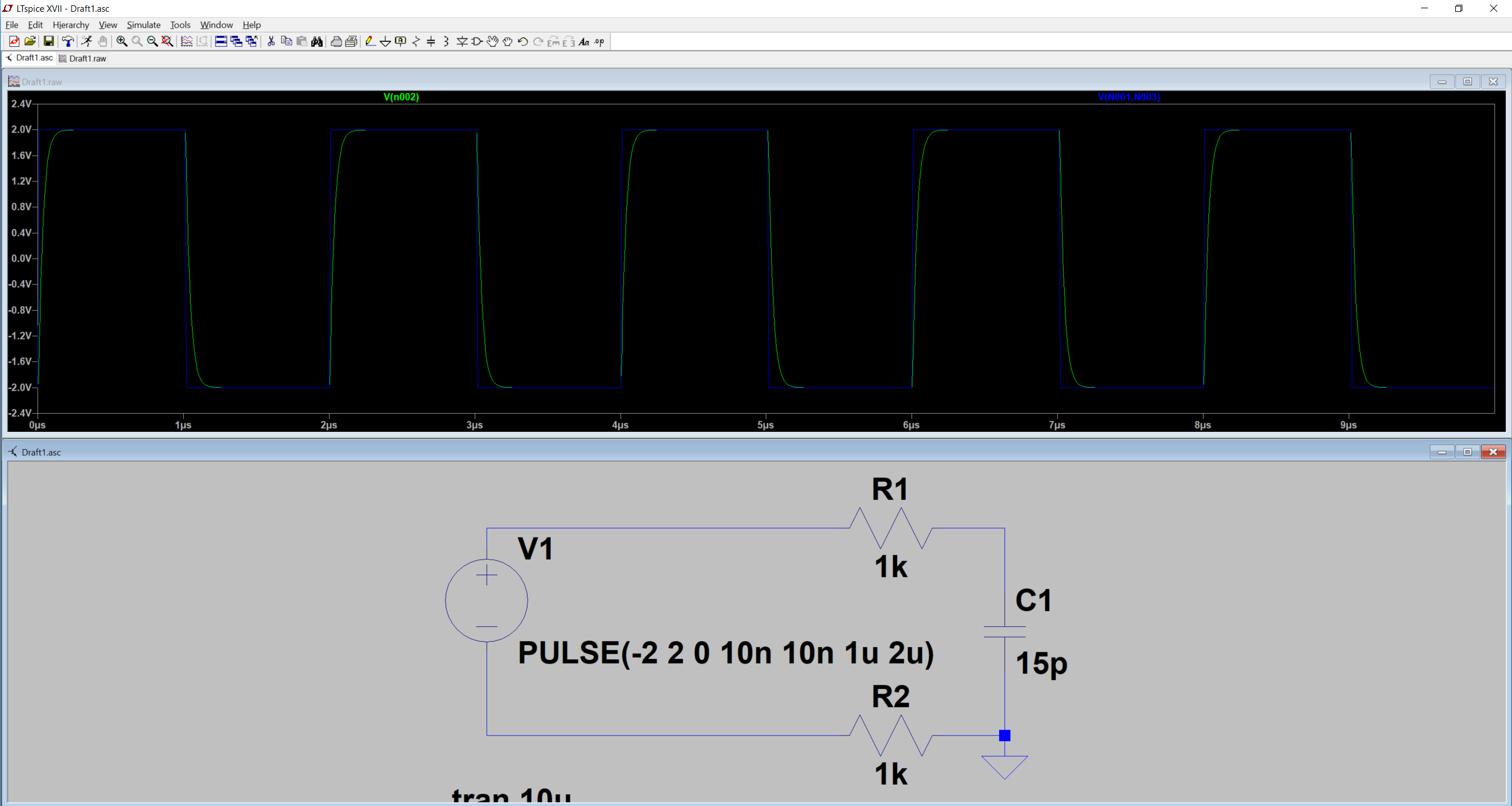 As you can see even at 1 MBPS the signal at the "receiver" is fairly good. I'm pretty sure that this will be OK to receive the signal.

The reason I tried to think about the series resistance is an intention to put the resistors at the reseiver with a parallel TVS (or Zener) diodes to protect the receiver (I will need to have a long transmition line). After I put the zeners the falls and rises become much slower (I beleive that it was due to diodes parasitic capacitance): 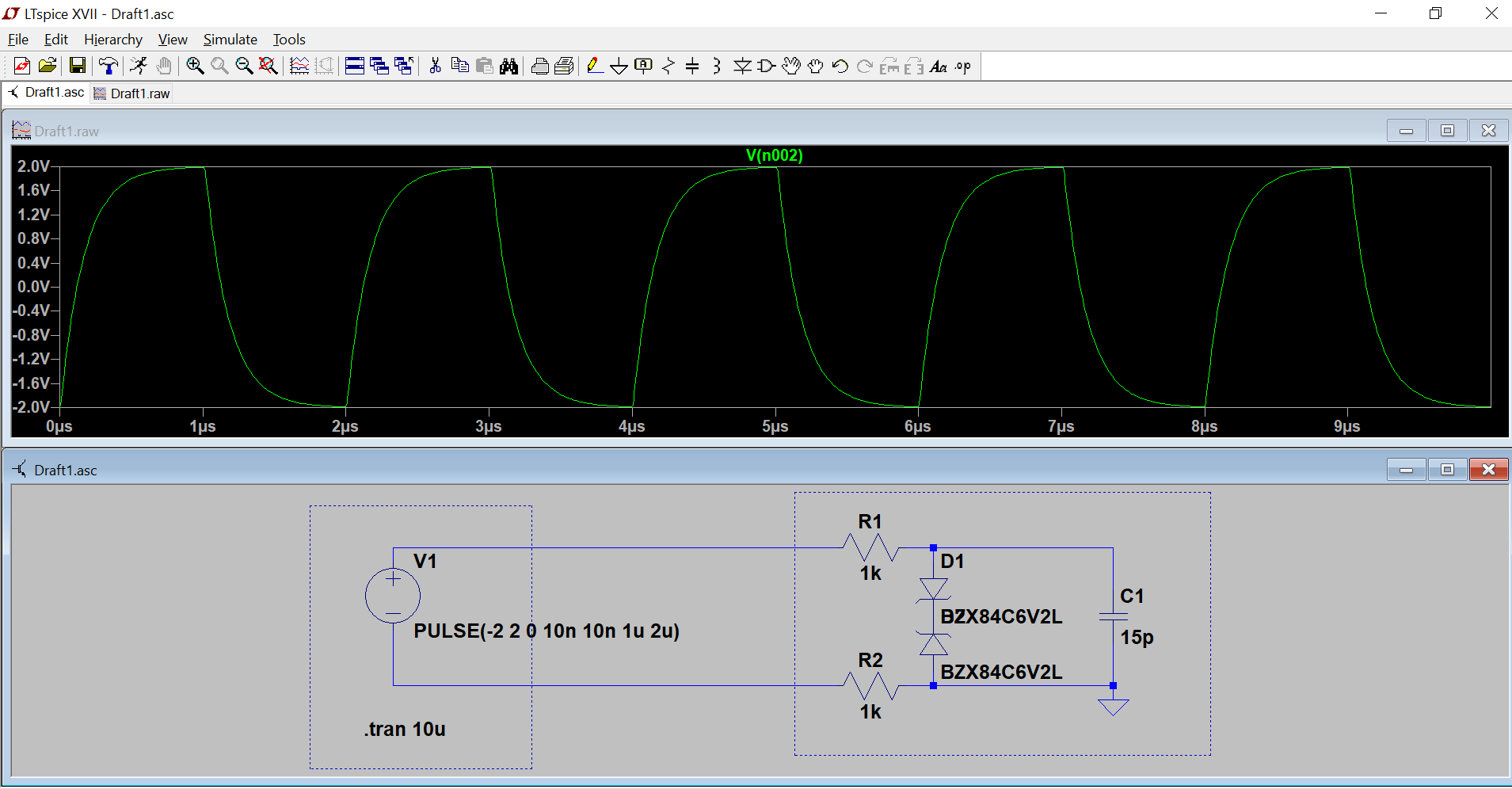 I think it would be a bad idea to put TVS without a resistors.

15 pF capacity I took from some RS-485 transceivers datasheet. Actually I was able to find the receiver input capacitance only in the TI's AM26C31ID datasheet (it was 6 pF). Probably there are other devices with this parameter specified but many from MAXIM and Analog Devices was not :(

So it looks that the wire series resistance is not an issue for communication under real circumstances. Are there any other points I am not aware of?

I made a simulation with lossy transmition line (LTRA) and came to the conclusion that the series resistance is not influence much to the signal (it is 1 MBps, at 200 meters, which is pretty long for this speed): 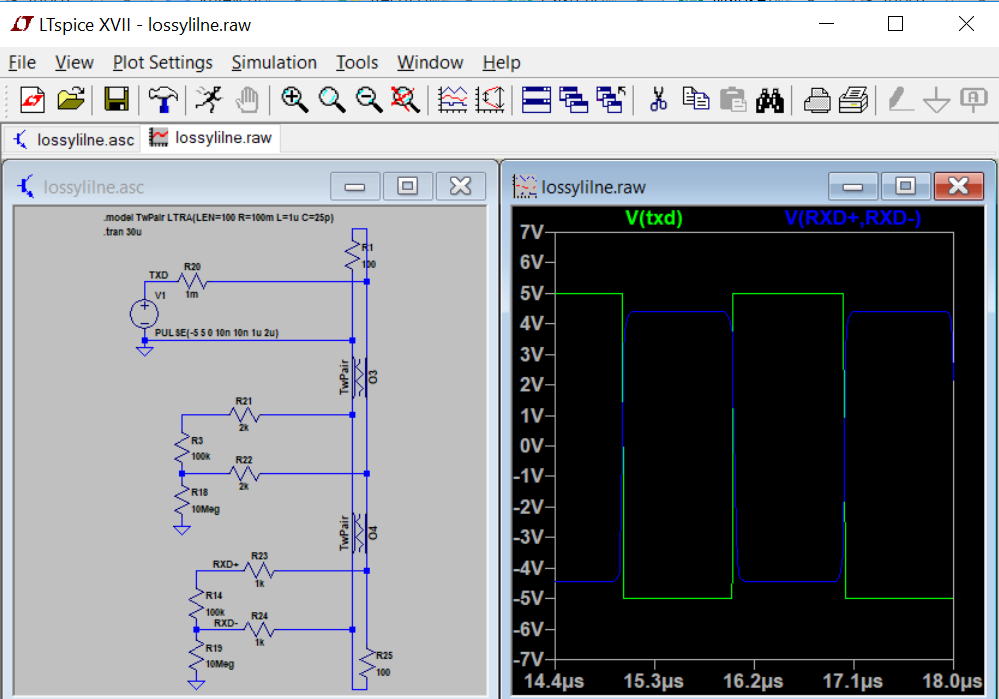 However this resistance CAN influence the signal in some cases:

That is an oversimplified model. You should use a lossy transmission line with terminations to properly simulate the circuit.

In LTSPICE the model is LTRA. Expect it to take a rather long time to run.

Much more in the NS (now TI) application note [10 Ways to Bulletproof RS-485 Interfaces] (source of the above graph).

Probably if you are willing to relax the requirements from the standard, reduce data rate and use heavier gauge wire you can use longer wires. You would probably want to go to isolated drivers and/or receivers since it's difficult to guarantee the common-mode voltage over such distances.

As this series resistance forming a resistive divider with a termination resistors, it is very impotant to keep this resistance as low as possible.

This leads to the conclusion that, 150 Ohms of series resistance (or greater) will not guarantee that the signal will be received.

So, 150 Ohms (for each end) can be a rought estimation on the maximum series resistance of the rs-485 network.

8
Transmission line simulation (physical)
5
No response from device when using rs485
3
What is the Load referred to RS-485?
6
RS 485 ground signal and chassis
1
Mega2560 master on RS485 bus stops communicating with VFD when I add another RS485 module
2
Can I improve serial data signal using reversed output on a twisted pair?
2
ESD protection on an isolated circuit
4
MCU working at 3.3V and RS485 driver at 5V - how does this circuit work?
4
How to determine resistors for rectifier bridge wattmeter - Hewlett patent 3662264
1
RS-485 4-wire to 2-wire converter