Power supplies in series, can you ground the middle leg?

Let's assume I have two 15V DC power supplies. These power supplies are allowed to be connected in series (per the user's manual).

I have a device that requires a signal from +15V to -15V (motor driver circuit).

I would guess that since each power supply can be used in series, that means the + and - terminals are isolated from ground. Thus, it would be possible to connect the middle leg to ground. This would require that power supply 2 be able to maintain a truly negative voltage relative to potential earth.

Am I correct in this assumption?

As long as the outputs of both supplies are floating (not connected to Ground, or to each other in some other way), connecting the two supplies in series, and calling the mid-point "Ground" is perfectly normal.

This will cause a problem. The reason you can get away with them in series it is because of galvanic isolation, which explicitly removes the continuity between the input and output via a transformer.

You can, however, treat the tap between the two as ground as far as your motor driver is concerned -- assuming it's not itself referenced to earth elsewhere.

If the power supplies make it explicit that their outputs can be connected in series to stack up the voltage, it's been my experience that this works fine. (The outputs are always isolated from Earth ground in my experience for cases like this.) 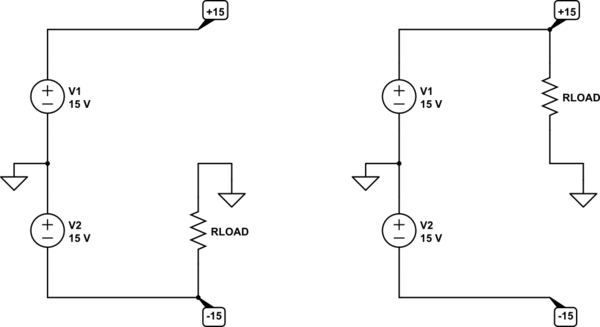 Nothing particularly troublesome, so far.

So here's the last case I want to cover: 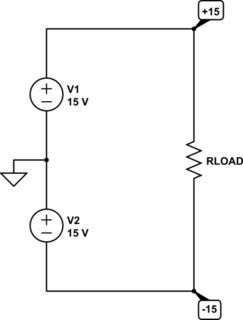 When they say that the power supplies can be stacked, they are telling you that this path exists without impairing the function of the power supply regulation features.

So everything should work fine, I think.