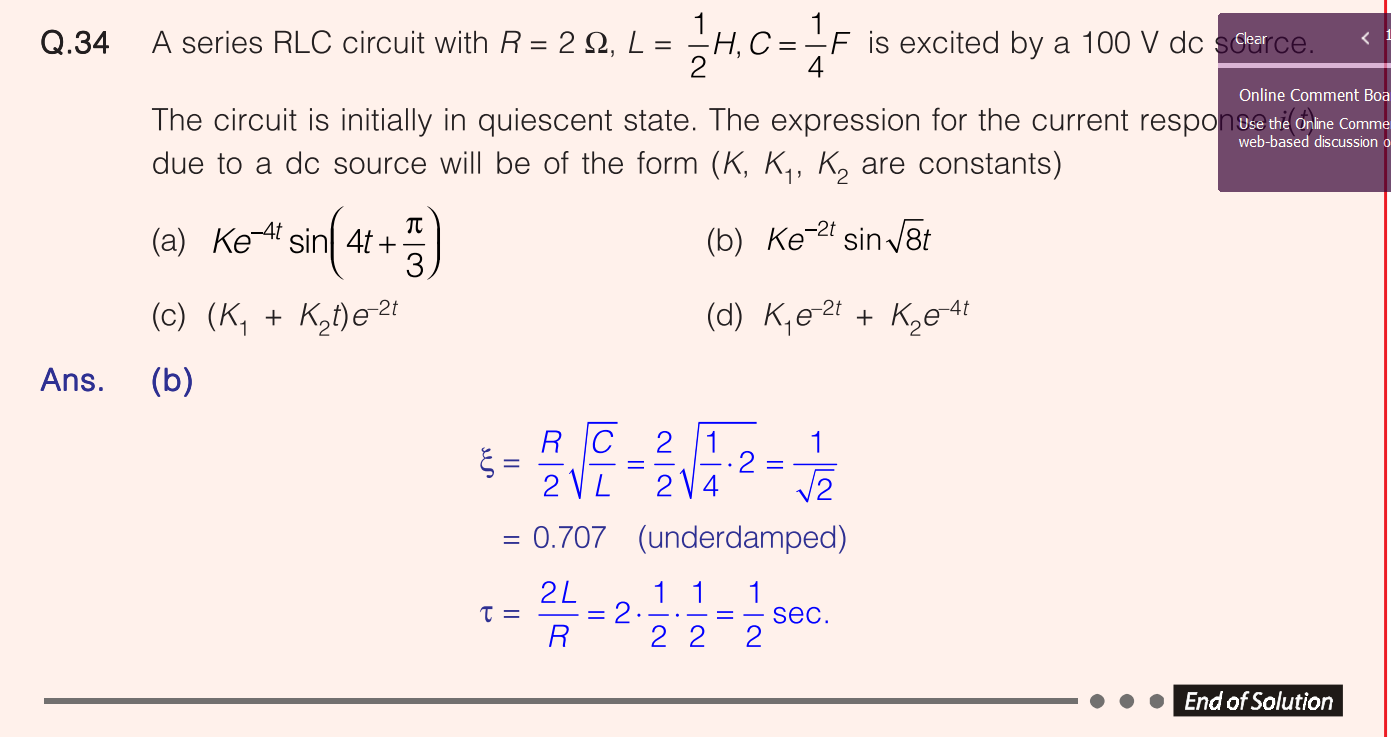 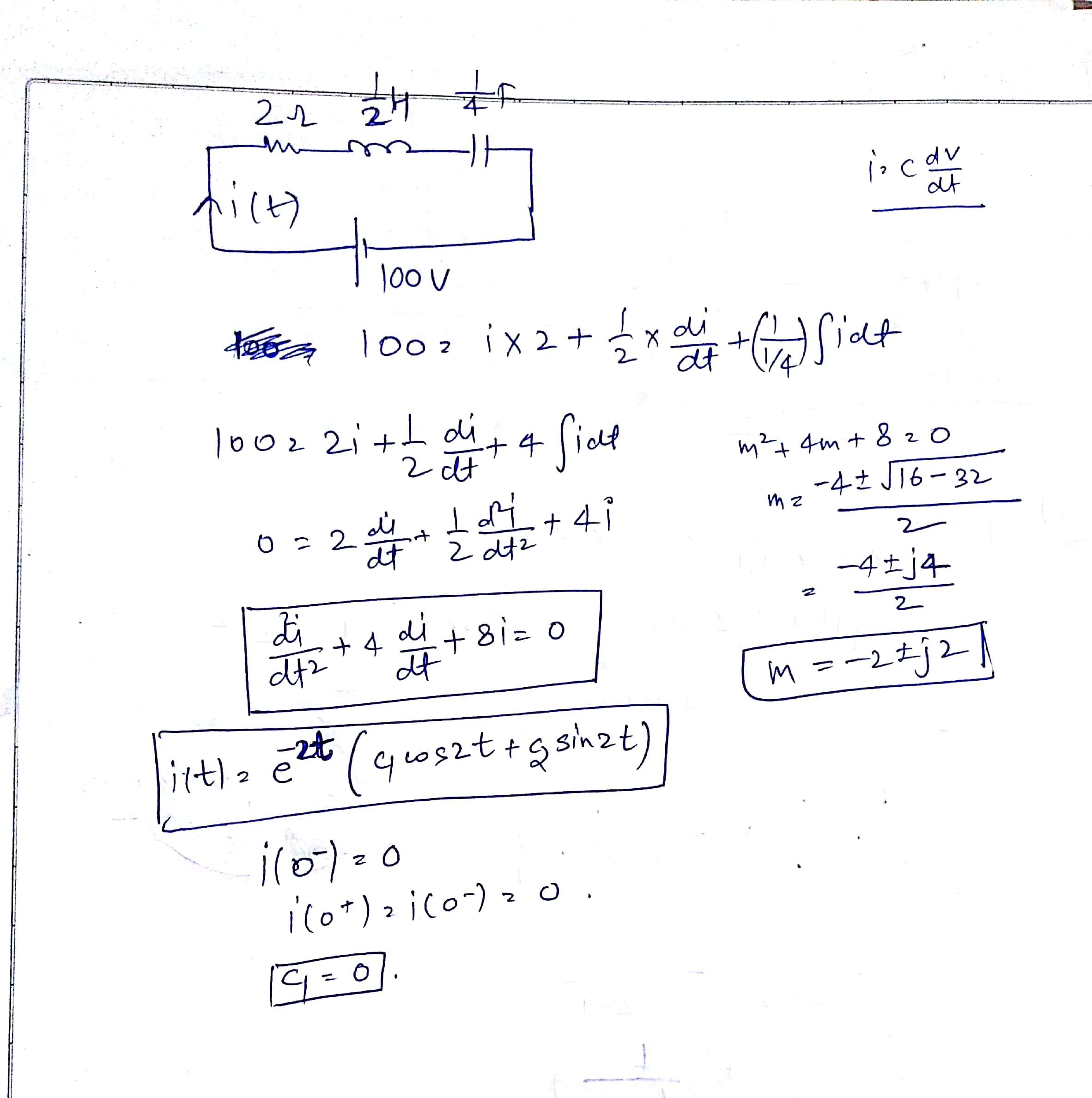 I have attached my attempt and the solution provided by my instructor. I am confused on 2 things

Edit1: I have also attempted the same problem using Laplace 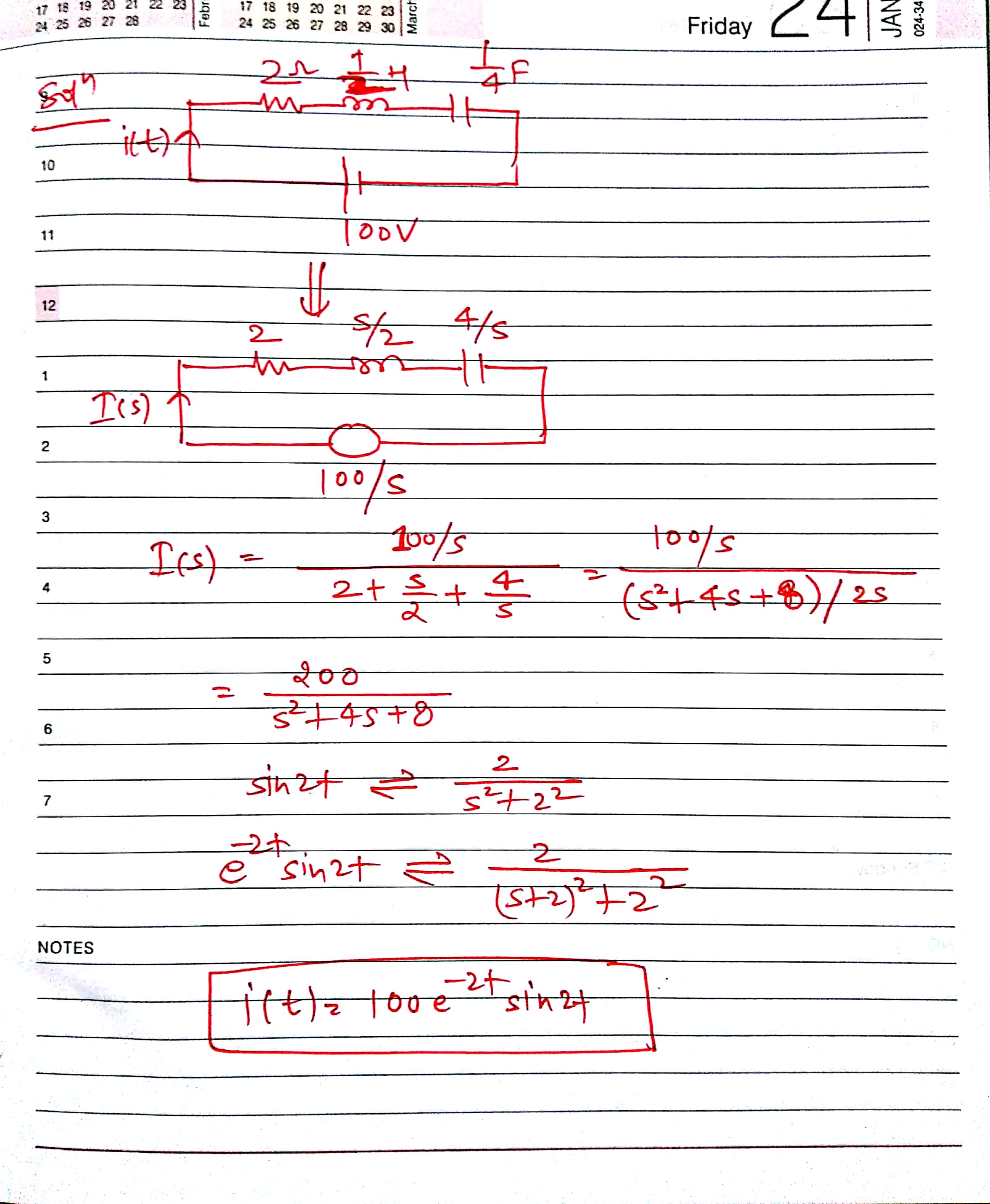 The problem happened when you differentiated the both sides of the equation. 100 Volts, which is a constant, became 0 in the left hand side of equation after differentiation. Don't you think there is a problem in it ? Cz even if it was any other number there, it would go zero and you will still end up in the same solution. Say, 25 Volts. You will get the same solution. But in the circuit , current has indeed changed. In fact you can never always differentiate both sides of some f(i) = g(i) equation and say the relation will still hold. Because you can differentiate the both sides ONLY if the equality f(i) = g(i) holds true for all real values of i. This is a heterogenous integro-differential equation. In this case the complete solution = CF + PI, mathematically. Both CF and PI have to be calculated. You have calculated only CF by neglecting LHS constant, and hence it is only partial solution. Maybe math stack exchange can provide more insight into this on how to solve this. Otherwise it's better to solve the equation in Laplace domain rather than in time domain. It is straight forward and easy to solve.

what it means by "the ckt is in quiescent state" ?

It means that there was no energy in either the inductor or capacitor prior to the voltage being applied.

why is he getting sqrt(8) in the current equation ?

With an inductor of 0.5 henries and a capacitor of 0.25 farads, the natural resonant frequency is \$\sqrt8\$ radians per second.

In other words there will be a damped oscillation in the current starting at a peak and decaying with a natural frequency of \$\sqrt8\$ radians per second.

Not the answer you're looking for? Browse other questions tagged current circuit-analysis passive-networks or ask your own question.