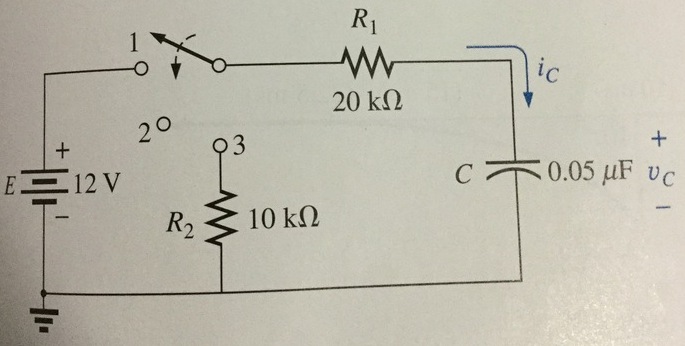 At t=0s, switch is moved to position 1 and the time constant= 1ms

At t=10ms, switch is moved to position 2, it is assumed there is no leakage current

At t=20ms, switch is moved to position 3 and the time constant is 1.5ms

The waveforms of position 1 and 3: 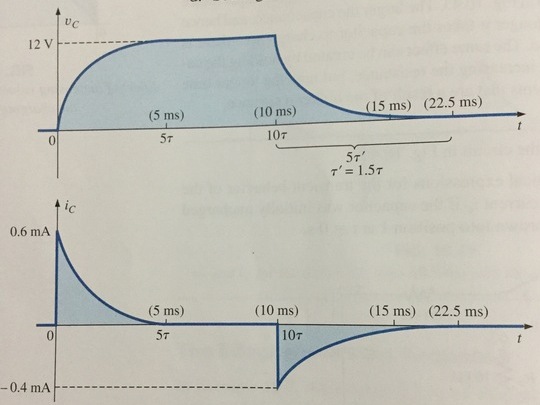 The 22.5ms label is wrong, but the rest of the graph is right. There's equal horizontal spacing between 0ms, 5ms, 10ms, and 15ms, with about half as much space between 15ms and the final +5τ' tick. This suggests that the +5τ' tick is actually at 17.5ms, which is the correct answer.

Textbooks sometimes have errata on the publisher's web site. You can check there to see if they've already noticed this error. If not, they should have a way for you to report it.

0
Circuit with switch - express the current for different times
3
Measuring leakage current in a capacitor
2
Capacitor charging circuit review needed
2
How much charge is on this capacitor?
1
Circuit to discharge capacitor after opening the circuit
0
Voltage across a resistor in RC discharging circuit?
0
555 Timer - How to quickly discharge RC capacitor
1
Finding practical solutions for discharging and charging a capacitor