What does Burst-size of a SDRAM means? [closed]

Ask Question
Asked 4 years ago
Active 4 years ago
Viewed 6k times
2
\$\begingroup\$
Closed. This question needs to be more focused. It is not currently accepting answers.

I am currently working with real-time image processing in FGPA. I have some timing problems about the classical FFT algorithm. i.e : FFT of one images spends more time than one frame period time. I dont get the term of burst-size(or length) of a SDRAM.Is this a mode of SDRAM ( aka Burst-mode? ). I am using DDR3. 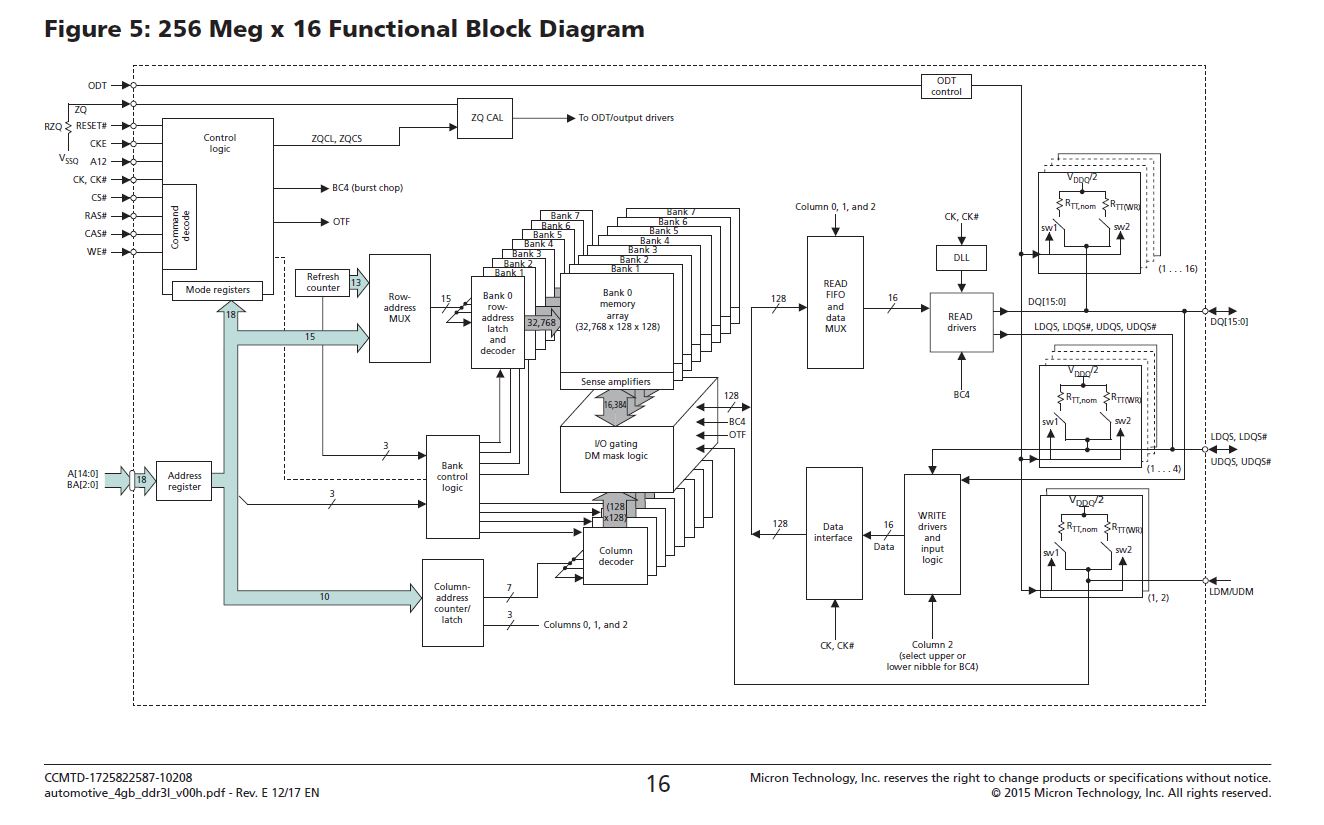 There are two aspects to burst mode in a DRAM : its internal organisation, and the requirements of the system it's installed in. The latter has changed over time, but the former is substantially the same as original DRAM.

Internally, DRAM is arranged as a 2-D array of tiny capacitors, and accessing DRAM is a two step process.

Now the second step may be repeated practically any number of times, very fast, without the penalty of having to repeat the Row Access or Precharge steps. (There is an upper limit, in the hundreds of Column Access periods, imposed by the temporarily weak charge on the capacitors, but we can ignore this for now).

Burst Mode uses this feature to transfer bits as fast as you can clock data in or out, for bits close to the first one you accessed.

And this is where Burst Size comes in, with different DRAMs to meet different system requirements.

Most DRAM is installed in high performance microprocessor systems, and one of the tricks used in these processors to increase performance is cache memory.

Cache is a small (and very fast) memory, which holds a copy of recently used data because you are likely to need it again, and don't want to repeat the slow process of fetching from DRAM. It is usually organised as small chunks of memory, maybe 8 words (or 16 or 32) called cache lines; cache design (line size, number of lines, etc) is extensively tweaked to maximise measured performance on whatever tests the designers think are important.

Now consider your program wants to read address 1043, which isn't in cache at the moment, and the cache line size is 8 words, so the cache line covers words 1040..1047. (I'm ignoring bits per word, just assume each word takes one bit from our DRAM chip here).

The cache manager issues a Read for address 1043, with Burst Size = 8, so that it can fill a cache line with a single Burst transfer.

The DRAM will see:

This is only an example scheme. Burst Length and the address wraparound is negotiated after powerup, by writing the DRAM's configuration register along with Row Access times etc. This is described in excruciating detail in data sheets for your specific DRAM, and vary between devices (specifically between generations like SDRAM, DDR, DDR3 etc).

Other schemes are possible : way back when, DRAM was also used for video controllers, and the best hack read an entire Row out to serve as a video line, or for ultra fast video processing. DRAMs that can do that support "Page Mode" transfers of any length up to 256,512 bits etc.

Page Mode lived up until SDRAM but not DDR (though it may live on in specialist VRAM - Video RAM) so if you need it in DDR you have to fake it with a carefully timed sequence of Column Accesses at whatever Burst Size it supports.

(It was also fantastic for streaming high speed data into an FPGA for custom processing; sadly that got a bit more difficult with newer DDRx DRAMs)

DDR achieves its interface speed using bursts or consecutive delivery or writing of data at the next address without needing to supply new the new address or setup internally. So you, the controller, setup the address you want to read or write from and then on the following cycles the memory chip will read the data at that address and say the data at the next eight addresses (in its bank and row). It can do this without having received any new information from you.

Now it can burst or quickly send those 8 pieces of data to you. Setting up a new address takes time as the ddr chip has to maybe open a new bank or the row. So in this way they save all that time and can achieve the ddr interface speed.

There are even things people do like interleaving to try to hide the address and fetch latency even further at the system level.

You can see how this would mean trying to use ddr as random access memory hitting small pieces of information stored all over the place would be much slower than the maximum interface speed.

Not the answer you're looking for? Browse other questions tagged components embedded memory ram imageprocessing or ask your own question.

5
SDRAM advantages
5
How does DDR SDRAM work?
0
What makes PC SDRAM so much more expensive than the same capacity in a chip?
1
How does a computer address ddr 4 sdram memory?
0
DDR4 column width v/s burst size
1
What does the "In-line" in SIMM and DIMM memory mean?
0
SDRAM full page burst mode stoping