Problems with designing a bass booster

For my university project I'm trying to flatten out my bass frequencies while keeping the other frequencies intact. (The idea is to first amplify a part of the input signal and input this signal into the system.) This is because of the bass lacking 11 dB from 20 Hz to 32 Hz, after that a -40dB/decade rolloff is needed till 75 Hz. So this means a second order low-pass filter was needed (since our system cuts off all frequencies below 20 Hz and above 40kHz). Also the rest of the frequencies must remain and therefore a summing amp was needed to amplify the low frequncy signal and keep the rest of the signal. So this is the design I came up with:

However, there is this weird dip which I can't really explain. (I was thinking of feedback from one of the op-amps, but not really sure about that) 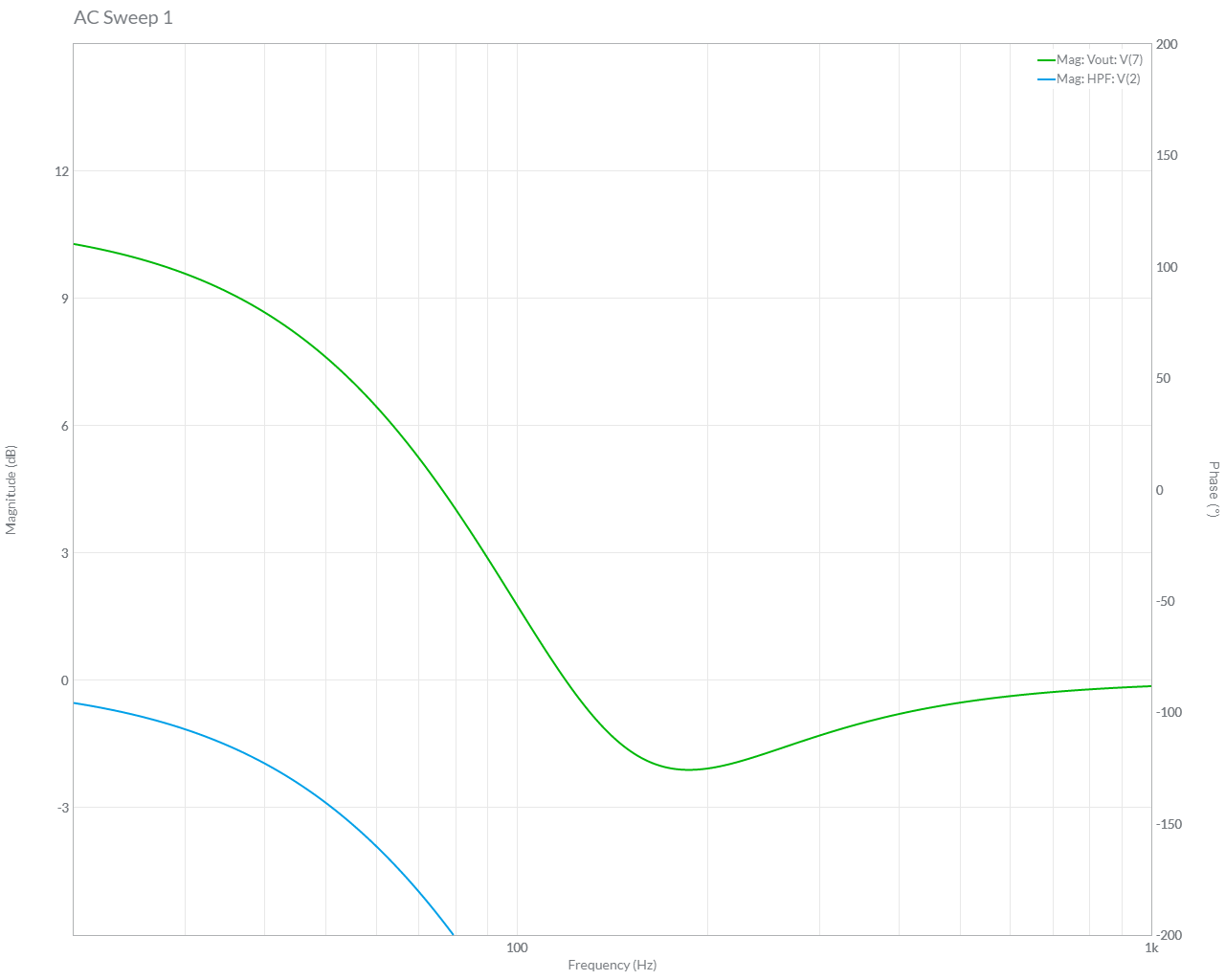 The green line is the total response and the blue line is the filter, which seems to act normal. So how can I either fix my design or can someone help me with a new design which meets the requirements?

So, here is a graph which shows our frequency response:

The lower blue line is our response, the upper blue one can be ignored but the orange one is the transfer we thought was needed to compensate our lacking bass. However later we heard from our instructor that the peak could be a result of the measuring program we used and thus a simple second order LPF would be needed.

Edit: Thanks to everyone for the help! I decided to stick to an second order filter, but I added an all pass filter to the design, as seen below: 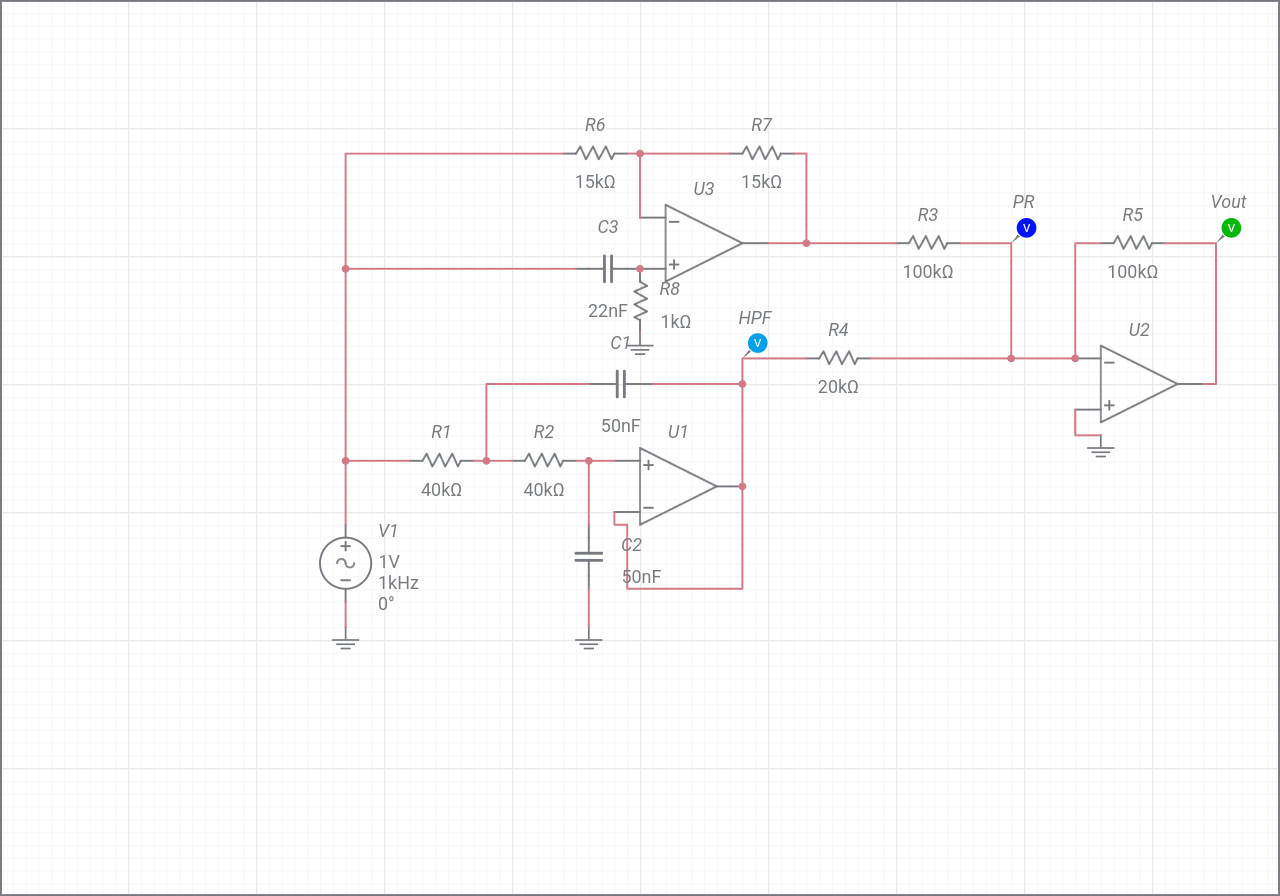 However, during testing the design didn't work as simulated. At 20khz it gave (not really sure if this was the exact value because we were short on time) approximately 0.1V RMS on the output with 0.5V as input. At 20Hz however it gave 0.35V. So it looks like it's amplifying, but not as expected. I was thinking of maybe a dead (or two) opamp(s), is there anything else I could check? (Solder joints are triple checked and the opamps (Lm741 and lm742) are recommended for 15v but we decided to use 10.4 V with a voltage division since our psu can deliver 21V unloaded but loaded 19V)

You need to define an overall error tolerance in almost every active filter design.

If less then 1dB you will probably need a higher order Bessel LPF perhaps 4th order but staggered breakpoints.

Or you will need a 1/2 octave graphic equalizer... But warning, excessive Q in any filter can make impulse sounds loose punch. For bass the word "muddy" fits , like the kick drum impulse. Therefore low Q filters are preferred and some amplitude error tolerance is a necessity.

Otherwise improving the subwoofer is the optimal method.

Not the answer you're looking for? Browse other questions tagged operational-amplifier filter high-pass-filter or ask your own question.