ESP32: how to keep a pin high during deep sleep (RTC GPIO pull-ups are too weak)?

I'm using an ESP32 in a battery-powered device. The ESP spends most of the time in deep-sleep to save power. The device also has some 5V-powered sensors which I'm feeding from a MCP1640 step-up converter, which is on during the brief active part, and powered off via its "ENABLE" pin during deep sleep. The relevant part of the schematic is:

So, I need to hold pin #4 high during sleep. Due to sloppy testing of this part, I didn't know that the ESP32 shuts down its GPIOs during deep sleep, so pin #4 isn't kept high, and the sensors remain active. This drains the battery at a much faster-than-expected rate.

I'm wondering whether it's possible to workaround this blunder by a software patch (of course, it's easy to just add an external pull-up resistor to pin 4 - but I have a few devices on the field, which I would hate to have to travel a few hundred kilometres just to solder a resistor to! And the people around aren't tech-savvy to do this themselves; on the contrary, remote software patching is easy and well-tested).

For example, I tried the RTC's pull-up resistors:

Executing this just before entering deep sleep almost worked, but it turns out the weak pull-up is too weak: probably ~38k if it is a resistance, or 90µA if it's a current source. This is insufficient to drive the ULN2003's pin. I also tried RTC_GPIO_MODE_OUTPUT_ONLY + rtc_gpio_set_level() too, but this didn't seem to increase the drive capability. Another possibility is light-sleep, which I'd avoid as it was buggy some time ago and I don't want to get my devices bricked.

So my question really is: have I exhausted all software options (since the hardware ones also require burning a tankful of gasoline)?

It's not clear that making the resistor change you propose will be effective at solving your problem.

The MCP160 requires that the enable input is taken below 20% of Vin to effectively switch the device off. If Vin is (say) 5 volts then 20% is 1.0 volts and, because the ULN2003 is a darlington, it may not reliably switch this low. However assuming it does switch lower than 1 volt then there is still the possibility that my guess about the value of Vbatt of 5 volts doesn't cover the low end of the range.

For instance if Vbatt is expected to work down to say 2 volts then you can only switch the MCP160 off if the enable pin is taken to less than 0.4 volts. This sounds all to close for my liking and I would recommend you think about the problem a bit more.

Well, sorry to revert my acceptance to the answer by Harry Svensson! And I shouldn't really be adding to a question that is 14 months old by now.

However I just found the perfect software solution, which would have saved the tankful of gasoline I eventually burned (sorry, nature!).

Instead of setting the pin to be pulled-up during deep sleep, you can use the pin hold feature to keep the pin to whatever state it was before sleep:

That's all you need! The pin will be kept as a CMOS output, and strongly driven to HIGH or LOW, whatever you need.

I verified it with the following schematic: 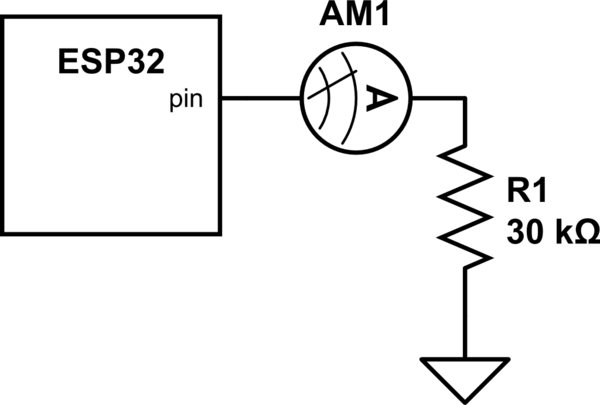 While running, the current measured is approx 110µA (as expected). During deep sleep, with the old code (in the question, that sets up a weak pull-up), the current falls to ~50µA (so the pull-up resistor value is in the 30k range). With the suggested code here, it stays 110µA.

Here's two other links of people who have tried. fail, probably fail.

So it doesn't look promising with solving it in software, as you have tried. So right now there's 3 failures, you and the 2 links.

The problem that everyone is missing is that the input current needed to keep the the ULN2003 active sort of defeats any attempt at saving power by putting the microcontroller into deep sleep.

The proper solution is to replace that section of ULN2003 with something that doesn't consume any current such as a MOSFET.

However, I'm wondering why the ULN2003 is in the circuit in that location in the first place. Why can't the microcontroller drive the EN pin on the DC-DC converter directly?

The most that you may have to add is a high-value pull-down resistor from EN to ground.

It seems that the lib has evolved from @anrieff's answer at Mar.25.

I have implemented this function rather using the RTC APIs of ESP32. Of course this functionality is still intended for low power usages, so I'm using a MOSFET & ESP32 to control another power source.

The official examples are quite useful: https://github.com/espressif/esp-iot-solution/tree/master/examples

Not the answer you're looking for? Browse other questions tagged esp8266 sleep or ask your own question.

2
I need a switch that not only detects open/close, but also sends a pulse to wake up an ESP8266 whenever the (debounced) state changes
0
Putting an ESP8266 to sleep via either of two signals
0
Waking ESP8266 from Deep Sleep Using a Motion Detector
0
HX711 Power Down Handling
0
Reducing current consumption for a PIC16 in Sleep mode
1
Is the parasite mode of a DS18B20 less power consuming than the normal mode?
1
nRF52 GPIO configuration in sleep mode to prevent peripherals from drawing current