I'm trying to build a Mosfet based (IRFZ44N) inverter circuit with a tubular battery as DC source.

The Inverter output was fed to the LC filter circuit and then to the 12v/220v transformer. Theoretically, as far as I know, the output must be provided with the power required by the load. But in my below case, the required load demand is not fulfilled.

Experiment : Used a 3W LED bulb across the transformer, the bulb glows but distorts the output waveform. When using 25W bulb the bulb start to fliker with the output voltage waveform across the filter as shown.

Waveform across the input of the transformer with 3W load 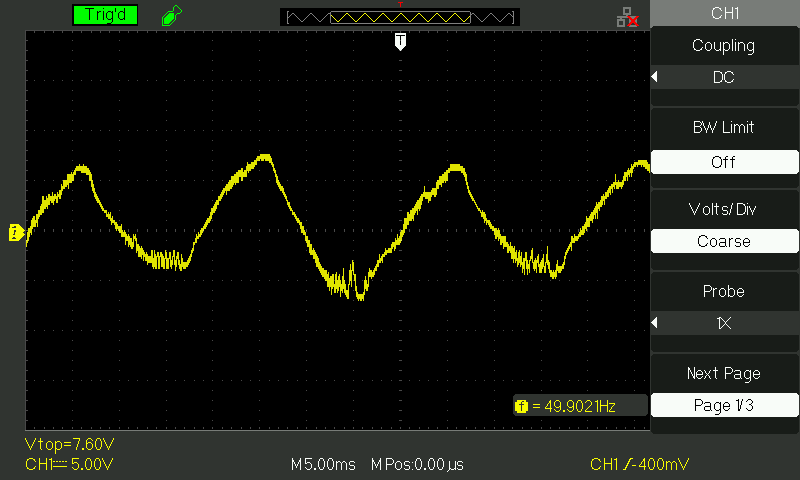 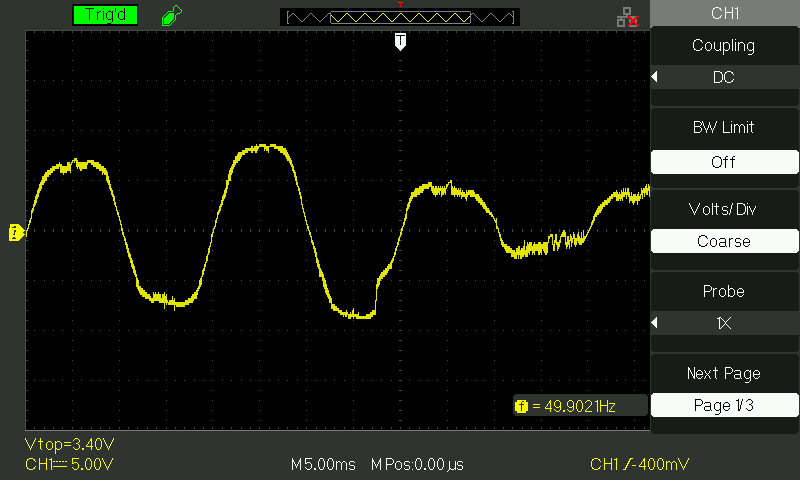 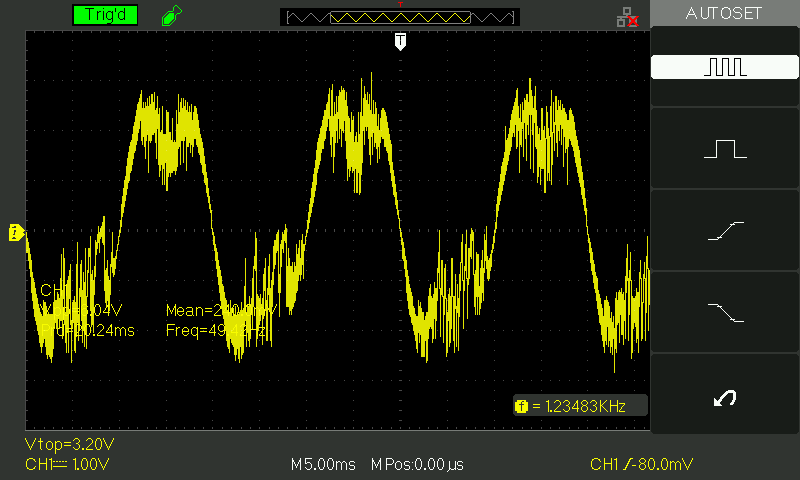 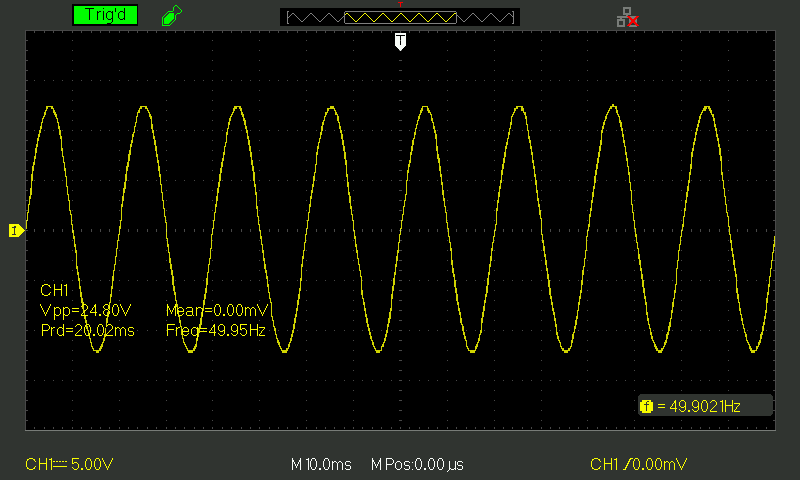 I'm unable to understand where am I going wrong. The signal generation is using Atmega 328P microcontroller used to drive IRS2110 mosfet driver.

The following are my questions :
1 - Why is the output power demand not met ?
2 - Do I need to implement a DC-DC converter before the inverter stage ?
3 - How to reduce distortion at the output with load ?
4 - How to stabilize the output voltage at 230V at any load ?

Can you see the problems of commutating a DC voltage with only 2 levels in a transformer with load ESR impedance referred to source with 400:1 Z ratio and ESR of battery?

In order to take load, ur LC filter must satisfy the following.. Rload=(0.707)*sqrt(L/C). Thus to take load reduce the inductance and increase the capacitance and also maintain the frequency. Then connect the transformer to the capacitor without connecting the load in the secondary and make sure that your filter output does not get distored because the inductance of the primary will affect the filter.

Try to to check with the filter alone , connecting the required resistive load across the filter capacitor.As per your circuit aprox 12 pk on both sides will come. Connect the load as per power required and check weather the voltage is stable and then move to transformer becoz transformer is just for voltage step up any ways power is going to be constant.

Not the answer you're looking for? Browse other questions tagged power-electronics inverter or ask your own question.