What are the main culprits for frying a mosfet?

I have a bunch of FDN335N mosfets. They works great until i manage to fry them so that they never properly turn off(current leak i guess?).

I Have heard that you should use a protection diode when switching inductive loads, I am switching an mp3 module which contains an amp but is not directly connected to a speaker so i wouldnt have thought it was required(there is a current spike of about 80mA when the module turns on...)

I am not currently using a resistor on the gate, could this help?

But yes if anyone could help with the main culprits for breaking mosfets and give some advice on how to avoid it it would be much appreciated, thanks. 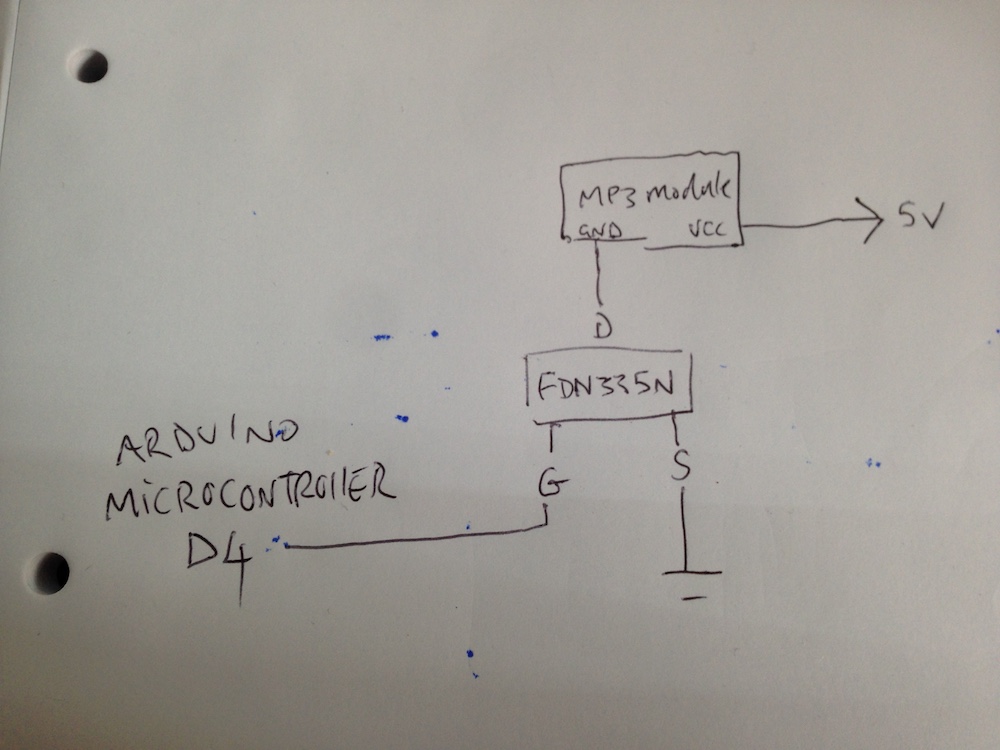 There is really only one way to kill a MOSFET.

Exceed any of the parts maximum parameters.

Doing that by design is obviously bad. Doing so inadvertently is more common.

Using a flyback diode is a good idea whenever the load has inductance. Sometimes that is obvious, but when the load is not local to the MOSFET wiring inductance can cause the early demise of the device even with a resistive load.

The gate of a MOSFET should ALWAYS be driven through a resistor. Since a MOSFET is a very capacitive device, the gate current can be very high. This can not only damage the MOSFET, but also whatever is driving it. Further when the switched voltage is itself switched, e.g. when the it's power supply is turned on, that event is coupled back to the gate though the drain-gate capacitance.

See my answer here for a better understanding of the MOSFET gate.

Inrush current to the load can also kill your MOSFET. The presented capacitance of the load can call for very high currents. If the switching time of the MOSFET is too fast that can exceed the maximum drain current.

The other big killer of MOSFETs is ESD. Static discharge through the Drain will exceed the maximum Vds and Vgs and punch through the insulation. That ESD can also kill whatever is driving the gate, which is another reason for adding the gate resistor. This does not only mean while installing the device. If the drain is presented to the edge of the board through a connector, touching the connector, or attaching the connector to something holding a charge, can kill the device when in circuit.

Stress failures are slow(-er, Slow being a relative term.) and caused by excessive heat dissipation in the FET. Excessive heat may be from over-current causing a voltage drop across the part leading to excessive power, or by the current at the driven on-resistance causing excessive voltage and therefore excessive power. ('Excessive heat' here means more than the FET and any heatsink/cooling can cope with.)

14
How to design the gate resistor value?

3
What are the pins of a MOSFET in a TO220 package?
28
MOSFET symbol - what is the correct symbol
14
What to look for in the datasheet when choosing a MOSFET?
2
What is the following MOSFET circuit good for?
0
Using a Mosfet Gate driver to directly drive a small stepper motor?
0
Solenoid switching damaging MOSFET transistor
18
What is “drive voltage” for a MOSFET?
7
What parameters are to be considered when choosing a MOSFET?
0
What is this MOSFET for?