Recently, I had a problem with two sensors (LDR and LM35), when I tried to read them in Arduino ADC, both measures were totally wrong. Searching in the internet, the answers are related with high impedance of voltage divider provides to analog pin of ADC. So, I used a op-amp to provides a low impedance and result was great, but the doubt is still in my head. The sample and hold of arduino have a tiny leakage current (0.1 uA), i'd like to know how the high impedance source affects the ADC.

A simple model to show how an ADC behaves is this:

The ADC also has a successive approximation register (SAR), which does a binary search to map the analog voltage value to a binary number.

Back to your question. When the switch is closed, the capacitor, \$C_{\text{Hold}}\$, starts to charge and the time its going to take depends on the impedances and the capacitance value.

If we neglect the leakage for a second and resort to the well-known charging equation for a capacitor, you get:

Since the sample time is greater than 5\$\tau\$, that is plenty of time for the capacitor to fully charge, and your ADC should capture the correct value. At sampling period, the switch is opened.

Now, as your source impedance starts to increase, so does \$\tau\$. Say your source impedance, \$R_{\text{Analog}}\$ increases so that now you can't neglect it and say this leads to \$\tau=1\text{ms}\$. Under this condition (\$\tau=T_s\$), every time you sample, the capacitor value will be at approximately 63% of the actual value of the analog source. That would lead to an incorrect measurement. 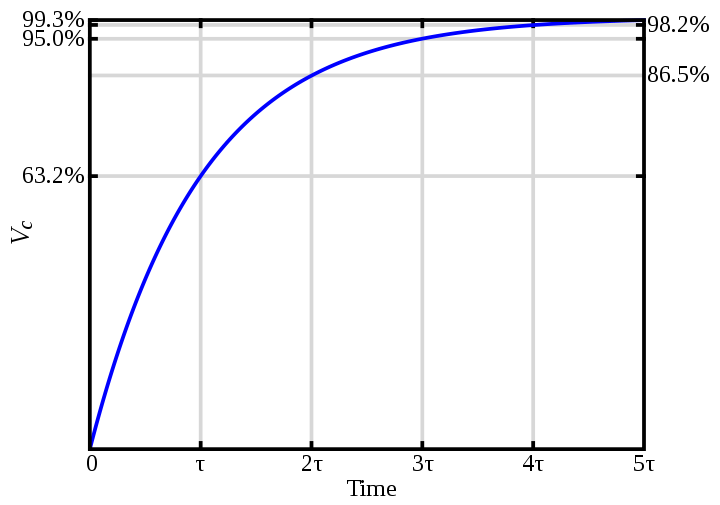 It's about giving it enough time to charge up the holding capacitor and the source impedance, as it increases, prevents you from doing so.

Active Sensors sometimes give rise to errors from ;
- EMI induced on unbalanced impedance of 2 long wires
- differential voltage with 1 side as a shared ground shifted by other sources
- stray noise coupled unevenly to the differential input or
- lack of noise suppression capacitance.
- lack of shielded twisted pair cable

When a "cheap" ADC measures a signal voltage, an impulse of current is taken that can produce an error. This happens when the signal source has a relatively high impedance (usually several kohm). Take a look at the data sheet for the ADC you are using and forget about static leakage currents and concentrate on what the DS tells you about the current "surge" it can take when sampling a signal voltage.

Putting an op-amp between signal and ADC resolves this issue greatly because an op-amp can present an input impedance that is tens of Mohm whilst being able to drive tens of mA into the ADC when it samples thus, the sample and hold capacitor (inside the ADC) is fully charged to the signal voltage.

Not the answer you're looking for? Browse other questions tagged arduino operational-amplifier adc conversion high-impedance or ask your own question.

0
Why does my voltage divider output seem to vary depending on the order of magnitude of overall resistance?