Am I applying KVL right here? 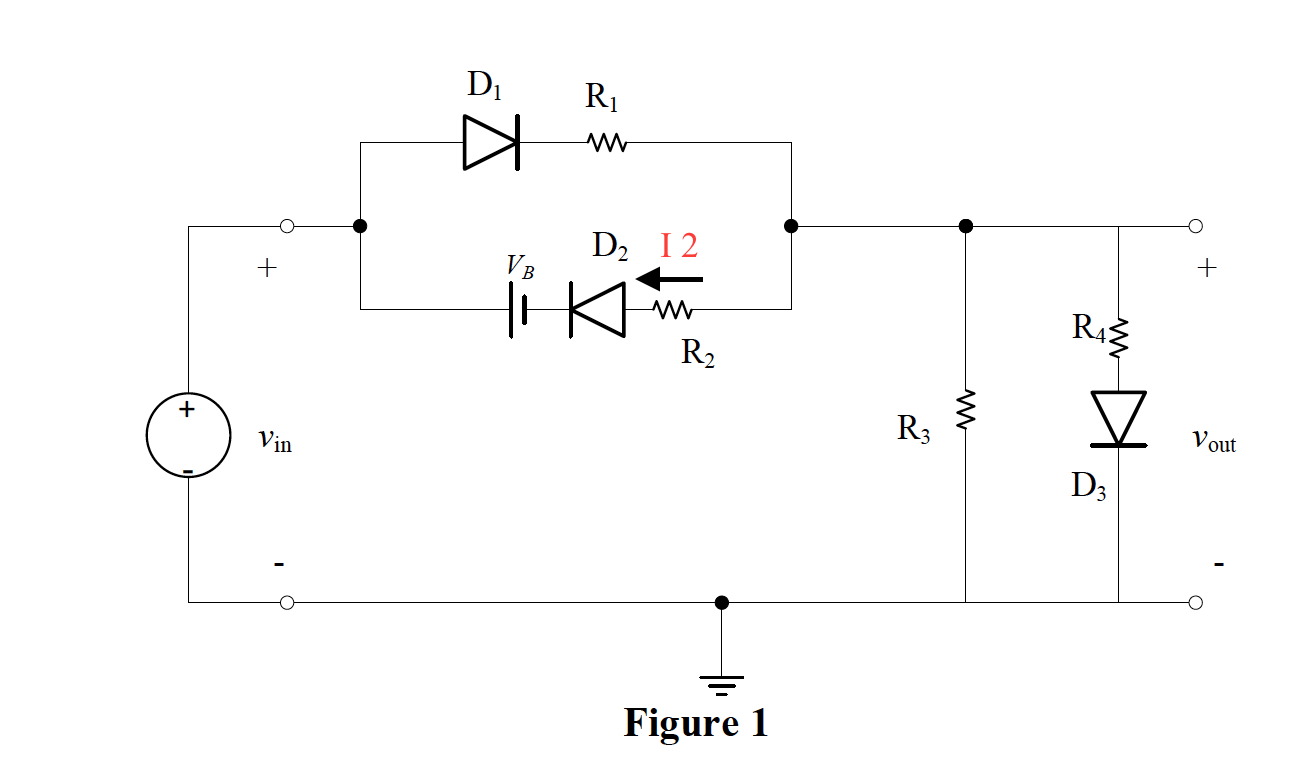 If we considered the Diodes states to be:
D1 : OFF
D2: ON
D3:OFF
Now if we apply KVL on the closed loop, will it look like this?

My confusion is that I2 has to pass through the positive terminal of R2 (since a resistor absorbs energy and if current passes through negative terminal of an element this means the element is producing energy which is not possible for the resistor to do since it is a passive component and not an active one) Thus, if I2 is passing in the direction indicated in the image, it has passed through the negative terminal of the V of R3 which is Vout which cancels out Vout from the KVL. Is there anything wrong with my thinking/approach? 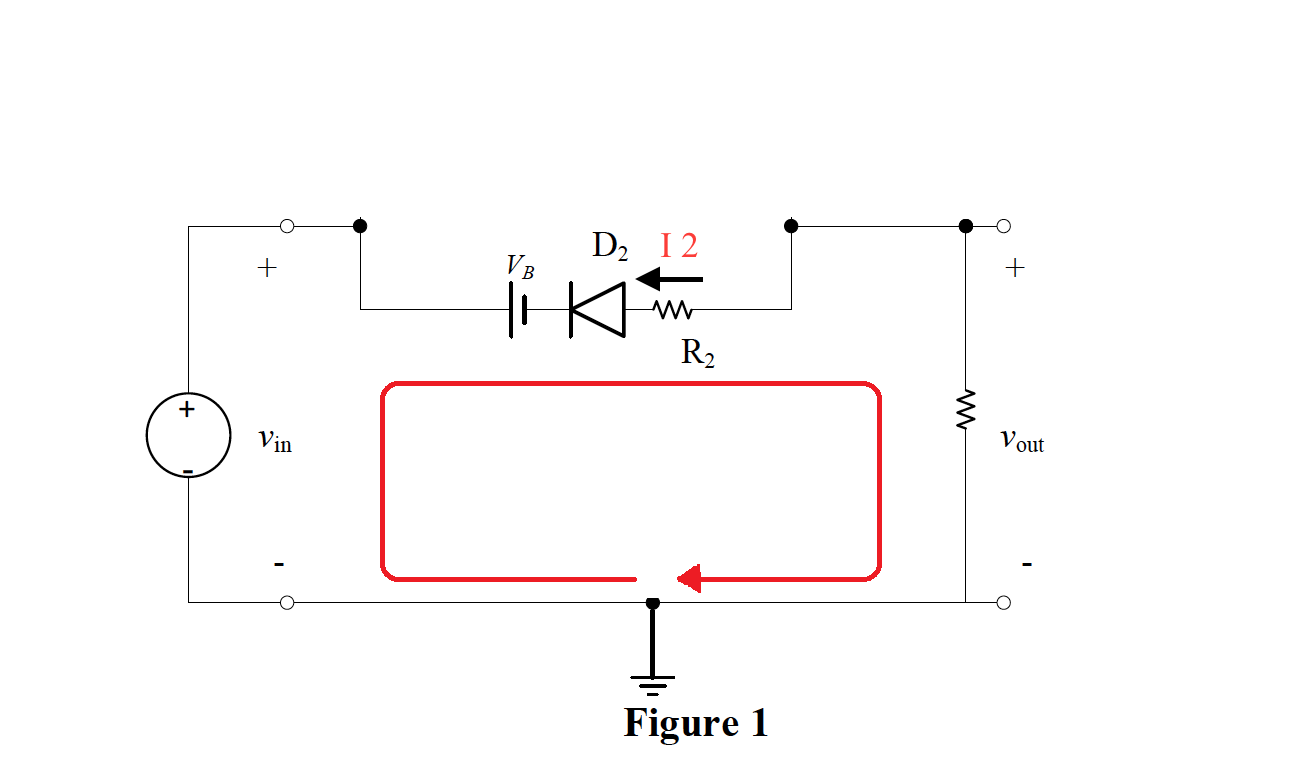 Going around the closed loop in clock wise direction gives -

Not the answer you're looking for? Browse other questions tagged circuit-analysis integrated-circuit kirchhoffs-laws or ask your own question.

0
How do I define the voltage drops polarity when applying KVL?
2
Applying KVL to this circuit
1
Why is the sign of the voltage on this resistor positive in this example from my textbook
3
Op-Amp circuit analysis
1
Finding current and initial voltages of Inductor, capacitor and resistor
2
Have i understood voltage correctly?
0
Passive Convention for current flow direction
1
Clamper Circuit Without A Resistor Analysis
1
Why does the current enter the negative terminal of this element and it is still absorbing power?
1
How do I reason about the power output through element A in this circuit?