I know this might sound weird at first, but hear me out. I have an old 400W PSU, which I plan on using in my headless server. It won't be anything crazy. One problem: It comes with only two SATA power cables, meaning I can only power two drives (one SSD and one HDD at the moment). 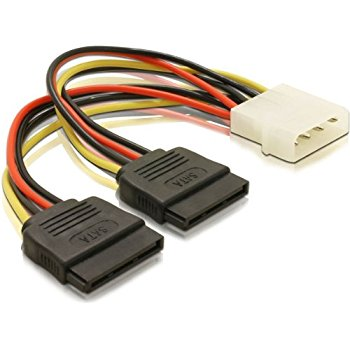 Since I need to power a total of 5 drives. Luckily I have a modular Cooler Master PSU, which comes with some extra cables I don't need. One of those is this:

Does anyone know if I can wire this up to a molex plug, so I can use the four SATA power plugs? I have a spare female molex laying around I can chop up. I'm not sure how the modular plug is wired and if all 5 are needed (there could be 2 GND for example).

If we assume the upper ones are correct, would this technically be doable just doing this: 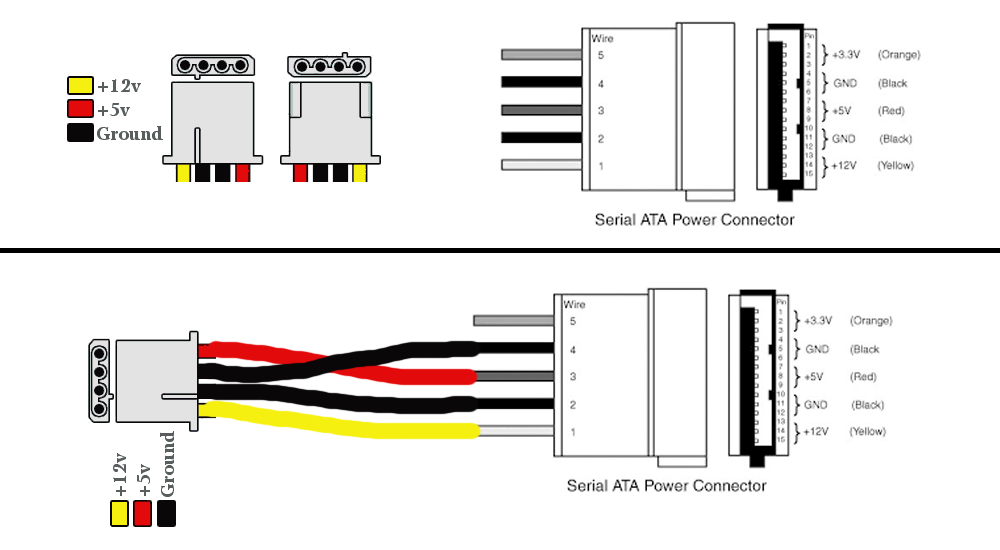 IT WORKED! This is what I did:

For those trying to do the same: Observe that the sketch I made are female connectors. This means when you go to do your male molex connector, you should flip it around. Pay close attention to that, otherwise you'll be sending 12v into your 5v rail and probably fry your harddrive. 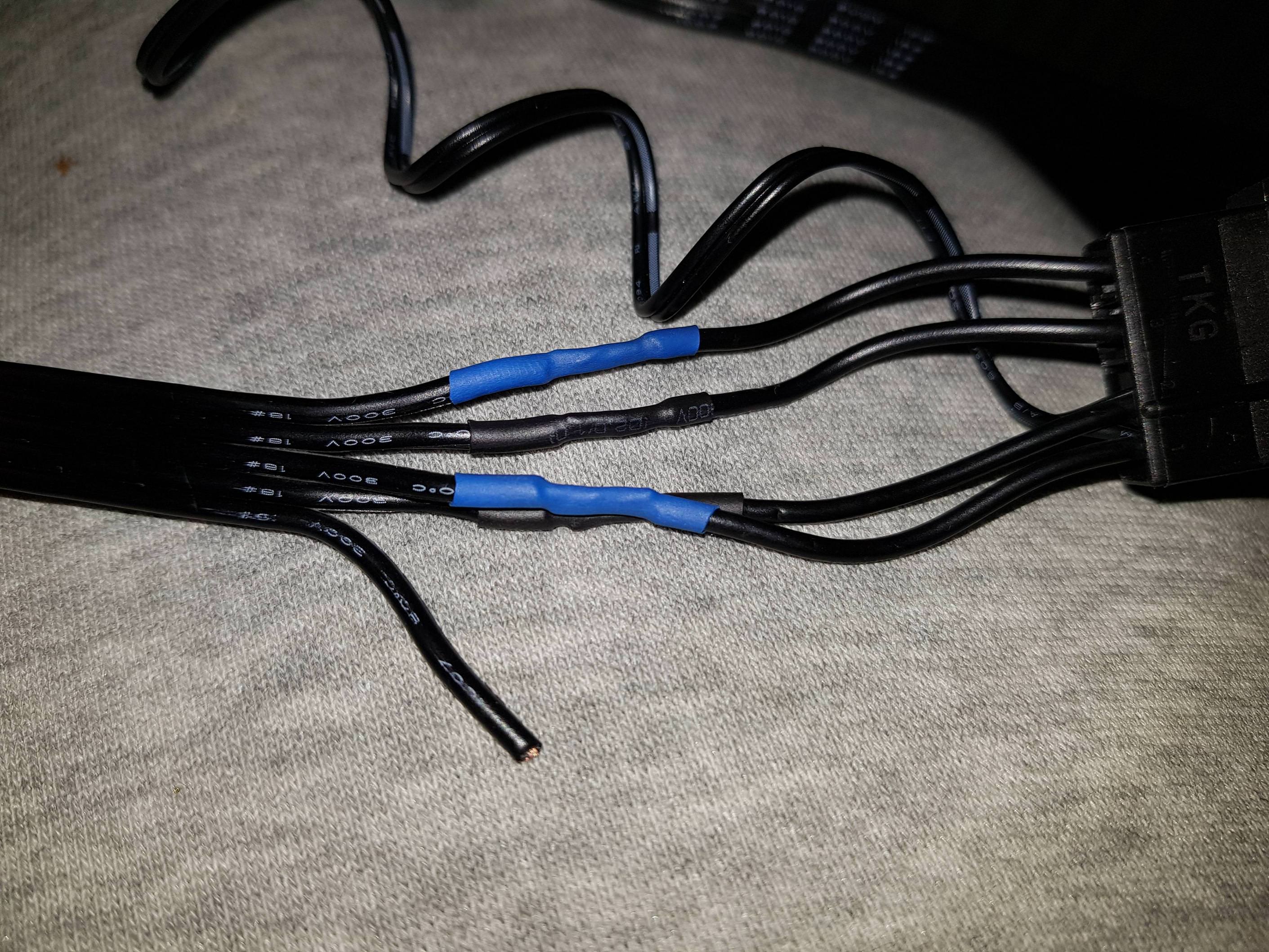 Applied some shrink tube (also on the leftover wire that is 3.3v). Turned on the system after testing with an old spare 2.5" 120GB HDD and voilá, they all showed up after that:

Yes you can chop up cables and solder them together. Just make sure you get the wiring right and insulate the joints well.

Yes the vast majority of SATA drives don't need 3.3V (the only exception i've come across were some 1.8 inch SSDs).

The awkward bit is getting the wiring right, cooler master have ignored the normal color codes and used all black wires and SATA connectors can't easilly be probed. You may be able to figure things out by measuring a Molex modular cable from the same PSU but the risk of a mistake seems too high for my liking.

Personally I would only do this if I had something handy that I could plug into the SATA connectors and put my multimeter on to check my work before I used it to hook up power to a drive but maybe i'm just risk-averse.

Not the answer you're looking for? Browse other questions tagged power-supply sata or ask your own question.

2
Using ATX PSU as stand-alone power supply: PSU doesn't stay on longer than ~1 second
0
Multiple voltage output power supply
1
What is needed to power a netgear switch with an ATX style PSU?
1
Is mechanically switching SATA drive signals possible?
1
Is it electrically safe to use an ATX PSU's PCI output for SATA/MOLEX instead of graphics cards?
0
Turning on PC PSU with current or bridging PS_ON and COM/GND?
0
SATA power connector usage
1
How to get 5V from 12V with server power supply unit?
0
Is 3.3 v necessary for basic functionality of any SATA drives ? How to check if a drive uses it?