What is the difference between these resistors?

Take a look at these two different resistors: 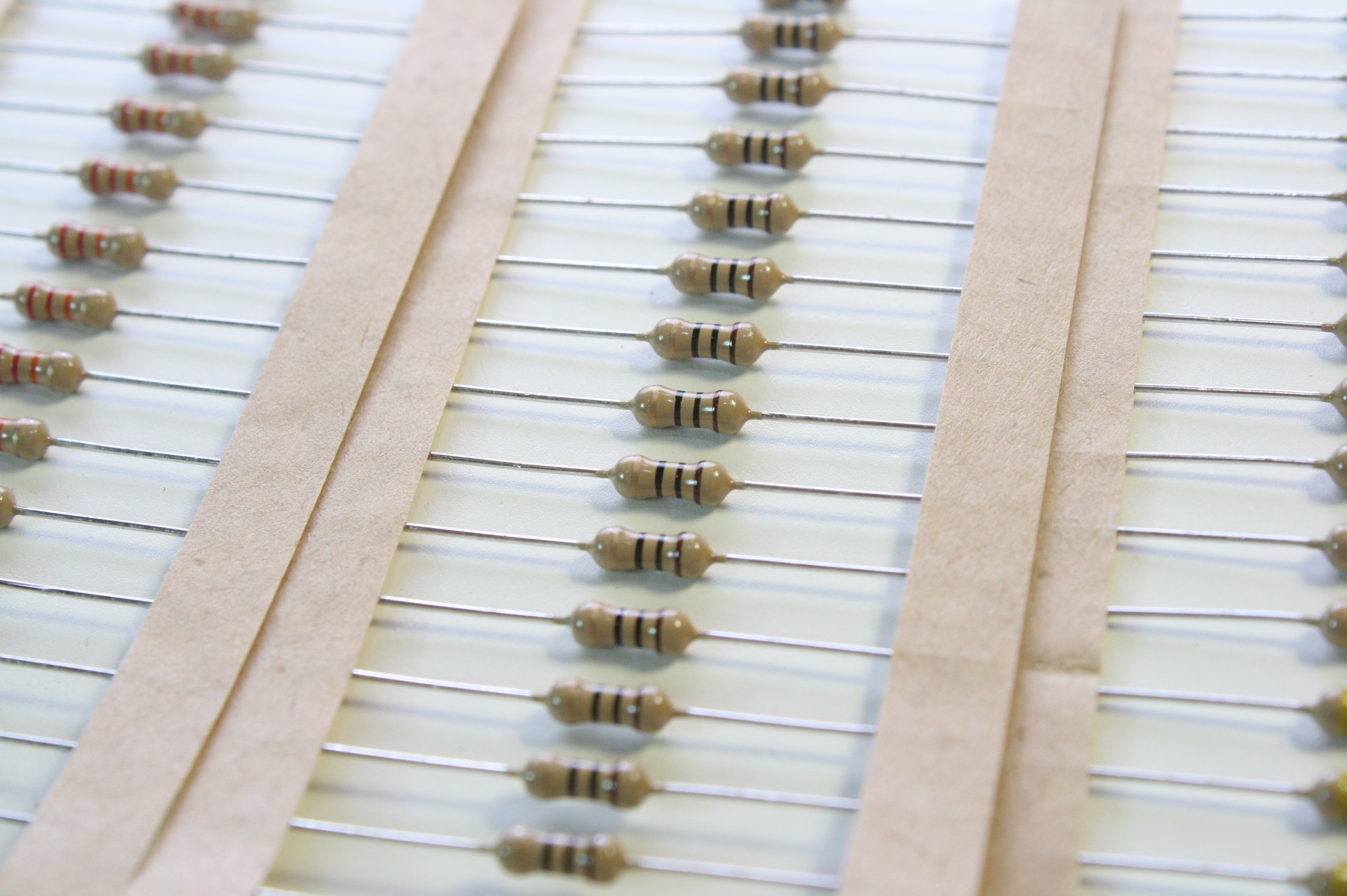 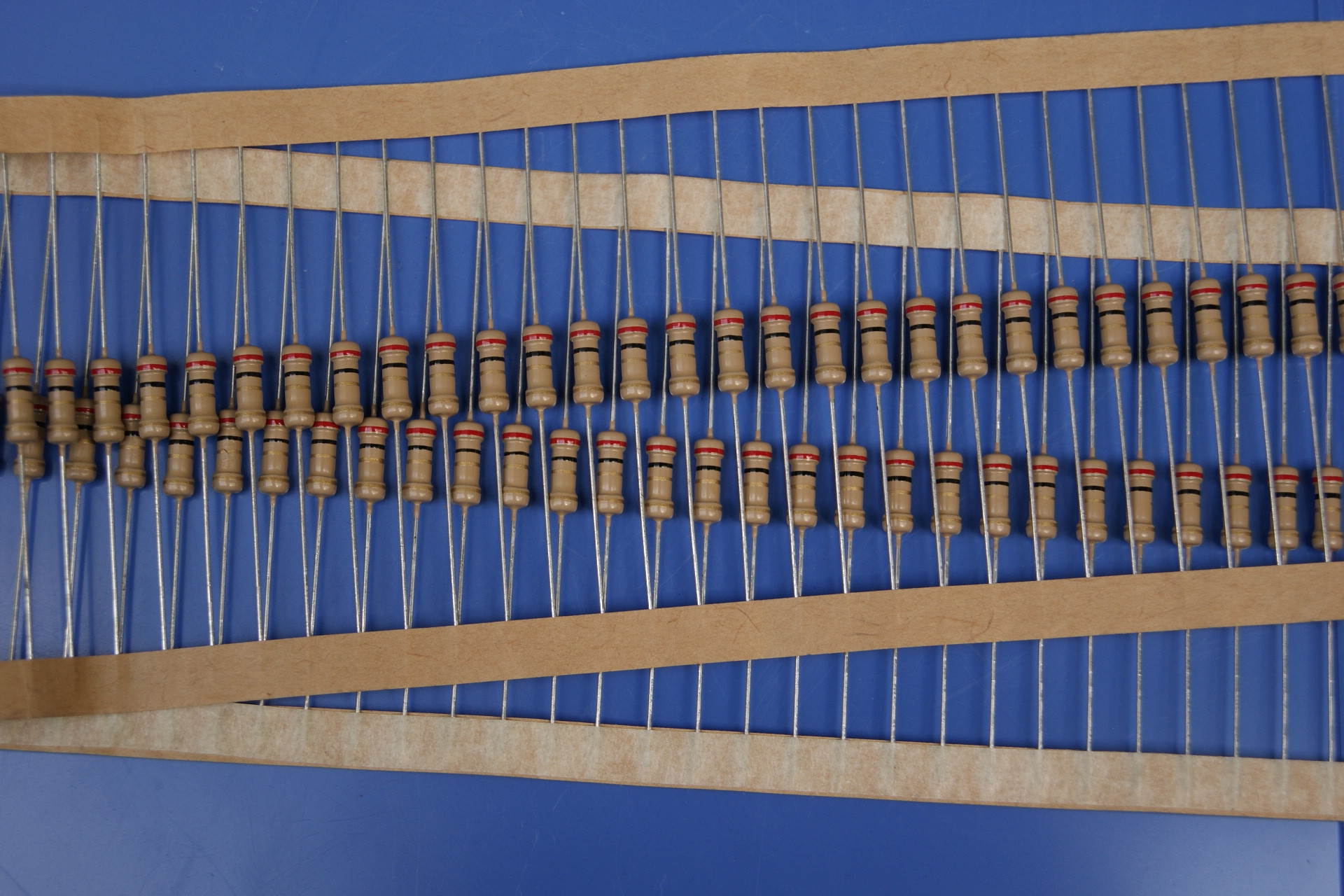 The first one looks "normal" to me (the way resistors I've always bought in the past look..), but the second looks kind of odd. Both of these pictures are of 5% carbon film resistors.

What's the difference between them?

Note that power dissipation is not the only feature which may differ - see below.

You can tell very little with certainty by looking at resistors externally.
Knowing the manufacturer is liable to tell you far more than appearance does.
While I am almost always in agreement with Wouter, and do not differ very substantially on this occasion, I note that in some cases small resistors from a given manufacturer can have larger dissipations than those of larger resistors from the same manufacturer.

An excellent example are the superb SFR16 resistors (originally made by Philips and subsequently sold on several times) and their companion SFR25 resistors.

The combined SFR16 / SFR25 datasheet here shows that an SFR16 resistor is rated at 25% more dissipation than an SFR25 but is only about 50% of the length and 80% of the diameter.
When placed side by side the SFR16 appears tiny compared to an SFR 25, having only about 33% of the volume.

Some other versions of the SRF16 had datasheets that advised up to 0.6W dissipation. (Note that the SFR25H in the above datasheet with the same dimensions as the SFR25 has 0.5 W dissipation). 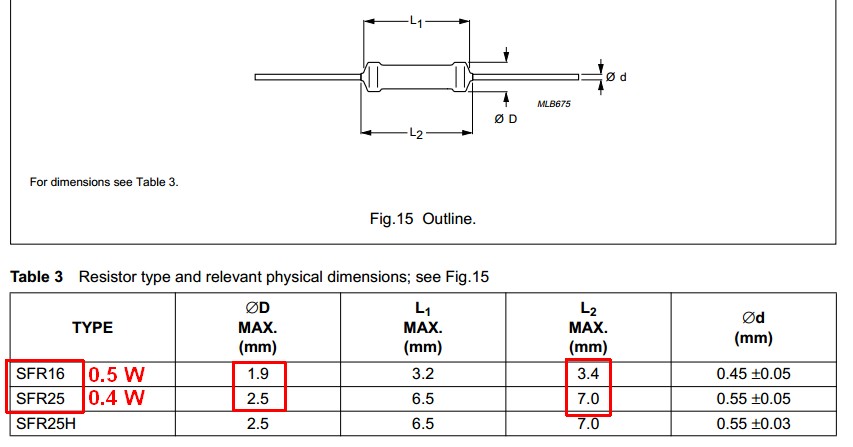 Why, then, use an SFR25 ever?
The SFR25 compared to an SFr16 has superior temperature coefficient, 250V compared to 200V maximum voltage rating and much superior noise characteristics in some ranges.

Like Nick says the difference is in their power rating, and I join Wouter's bet on 0.5 W for the second ones. The first ones are 0.25 W.

Both are constructed the same way, as shown in the drawing. Only with the smaller resistors, like 1/4 W down to 1/10 W the insulation blobs over the end caps are so large compared to the core length that they hide the cylindrical shape of it.

3
How to use input/output termination resistors in filters?
2
Do carbon film resistors have any effect on AC?
0
Direction of Current On Resistors
3
What is the difference between 4-, 5- and 6-band resistors?
4
Should I replace these resistors on my vintage radio?
0
resistor array matched accuracy
6
Safely burning resistors - carbon film vs. metal film
0
Do carbon resistors not follow tolerance as they age?
3
High voltage PSU resistors