I have tried playing with the capacitance on the 5V input to the buck converter as well as adding diodes and inductors, but so far I have had no real effect on the spike amplitude. Is there a set of standard approaches to removing this sort of input noise that someone could highlight?

The default circuit is all that I am using with the exception of trying numerous modifications on the Vin side to get rid of the noise being seen:

Here are the input spikes that I see: 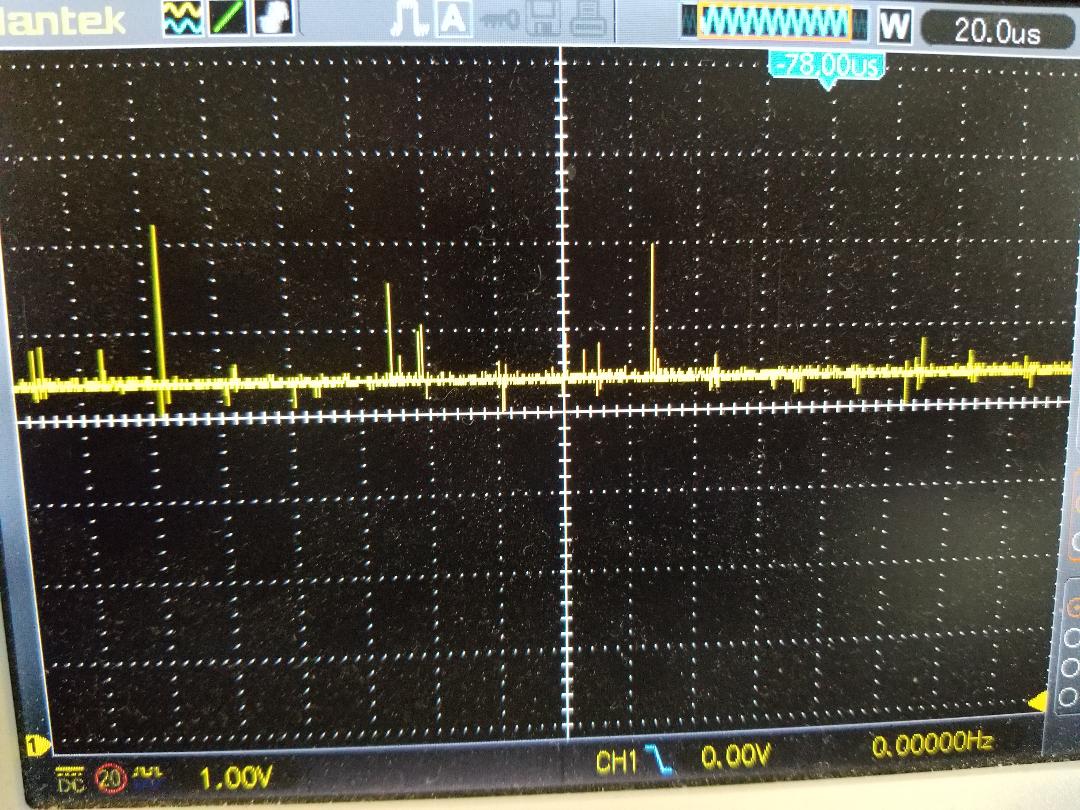 As far as layout is concerned, C1 is as close to Vin as possible. I have tried from 4.7 to 22uF capacitors. I also tried adding 3.3uH and 4.7uH inductors between before Vin.

As with any o-scope measurements on switching regulator circuits you can get false indictaions of spikes if you do not use best practise when probing: - 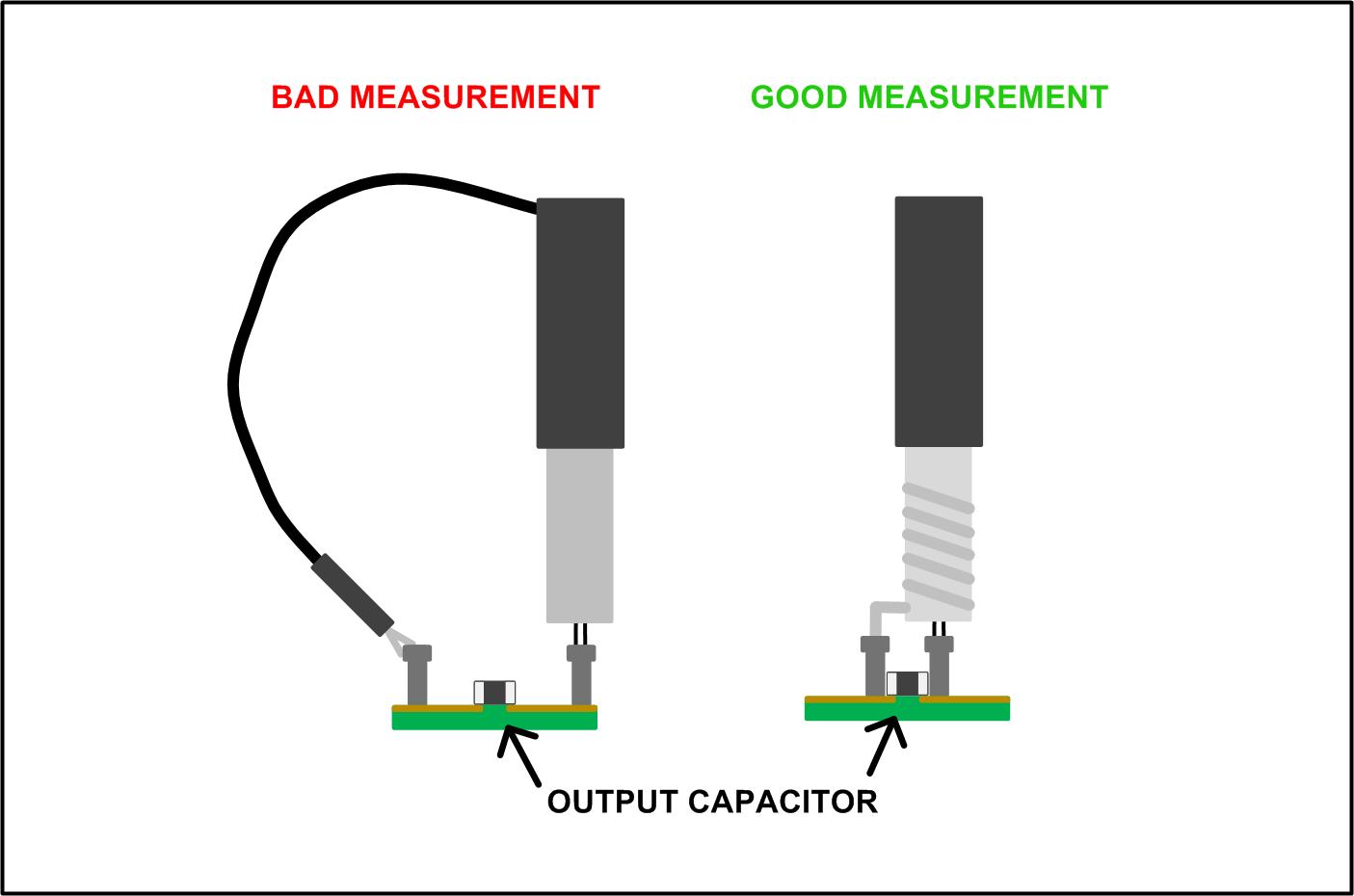 The "bad measurement" technique is susceptible to induced voltages from the switching currents - the loop formed by the probe's earth connection in effect acts like a receiver for magnetic fields. The bigger the loop area, the more interference is picked up.

I'm not saying this is always to blame but it can be a very common mistake when probing high current/frequency circuits.

You can prove this by connecting the probe tip to the probe ground wire and, without making a physical connection to your regulator, move the loop around to see what you pick-up.

Thanks for the assistance everyone. The problem was that the C1 capacitor was not properly connected due to a defect in the PCB pad or trace that resulted in an almost broken trace. Repeated attempts to change the SMD capacitor for different values had no real effect and it was only when I attempted to use a through hole capacitor soldered directly between pins Vin and GND that the spikes dropped right off. Other ad hoc attempts at adding capacitors near Vin were not very successful likely because they were not connected close enough to the chip.

Not the answer you're looking for? Browse other questions tagged voltage-regulator switch-mode-power-supply buck or ask your own question.