I have a simple application where I need to isolate a body connected instrumentation amp from recording equipment. The floating side (patient) needs to be battery powered. Coupling is to be analogue (as is the reporting equipment). I am having trouble finding a analogue coupler chip that is low power and has reasonable isolation. Hope someone may know of one - I could probably use plastic fibers if they can be driven with an analogue signal.

Coupling is to be analogue

This digital opto coupler is cheap (£5) and can be easily interfaced with a serial analogue to digital converter and a serial DAC on the output: - 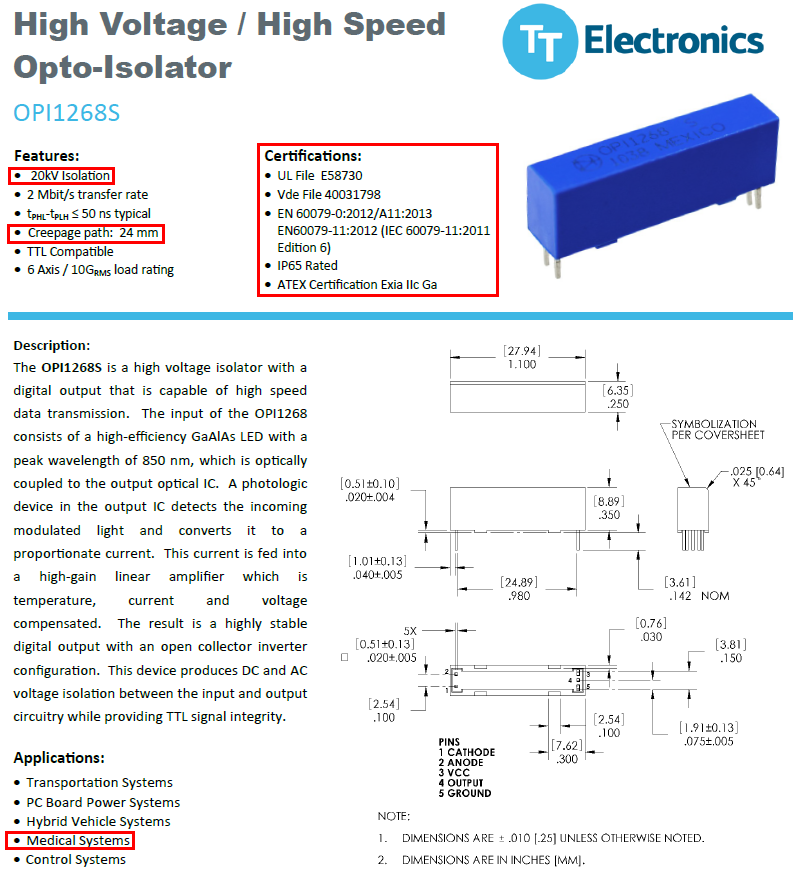 I wouldn't use PWM either for the same reason although, if the PWM were quite a low frequency then the temperature dependency on rise and fall time through the coupler will be barely noticeable and not generate much of a pulse width error.

If going down the serial ADC/DAC route, the easier implementation is to have three opto couplers where the DAC side generates a start convert pulse and also feeds a clock signal to the ADC.

If you definitely need an analogue coupler then you might consider this technique: - 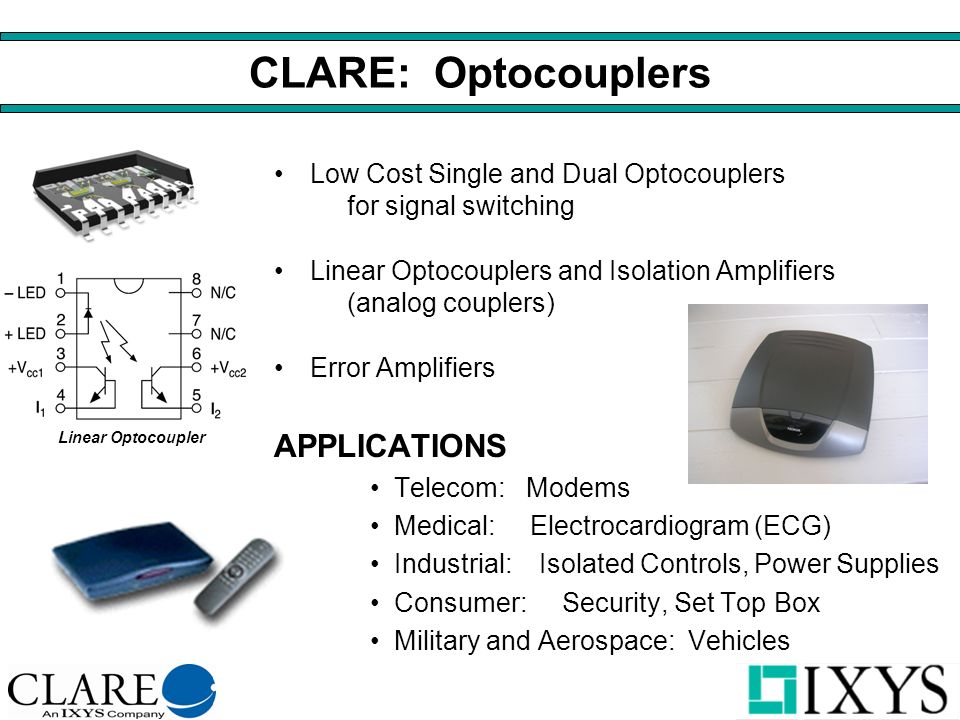 It uses near-identical phototransistors as dual receivers. One receiver is used within a local feedback system at the sending end and the other is at the receiving end and uses an identical analogue section as the send phototransistor. The idea is that because both phototransistors can be regarded as identical, providing you measure the send transistor's output and adjust the diode current continually to obtain the desired analogue level, the receive phototransistor will perform the same. In other words, it should produce a decent reproduction of the locally generated analogue signal.

Not the answer you're looking for? Browse other questions tagged analog or ask your own question.

0
Input Rerouting using IC or Transistor Application
3
Does an analog filter with complex impulse response exist in application?
1
Turning off op amp for low power application high side or low side
0
High Side Driver IC - Application Information
0
LTC1966 Sallen-Key post-filtering application question
9
What are the calculations to do in practice to estimate beforehand the noise seen on the output of this op amp circuit?
1
Amplifier memory distortion application
0
What sort of filter is in this old TI application note?
1
Stopping overvoltage with Solar on Lithium ion tool batteries for an audio application