I'm trying to really understand the choice of components in this power supply circuit, which i got as a reference design for a 3-phase energy meter from MAXIM. 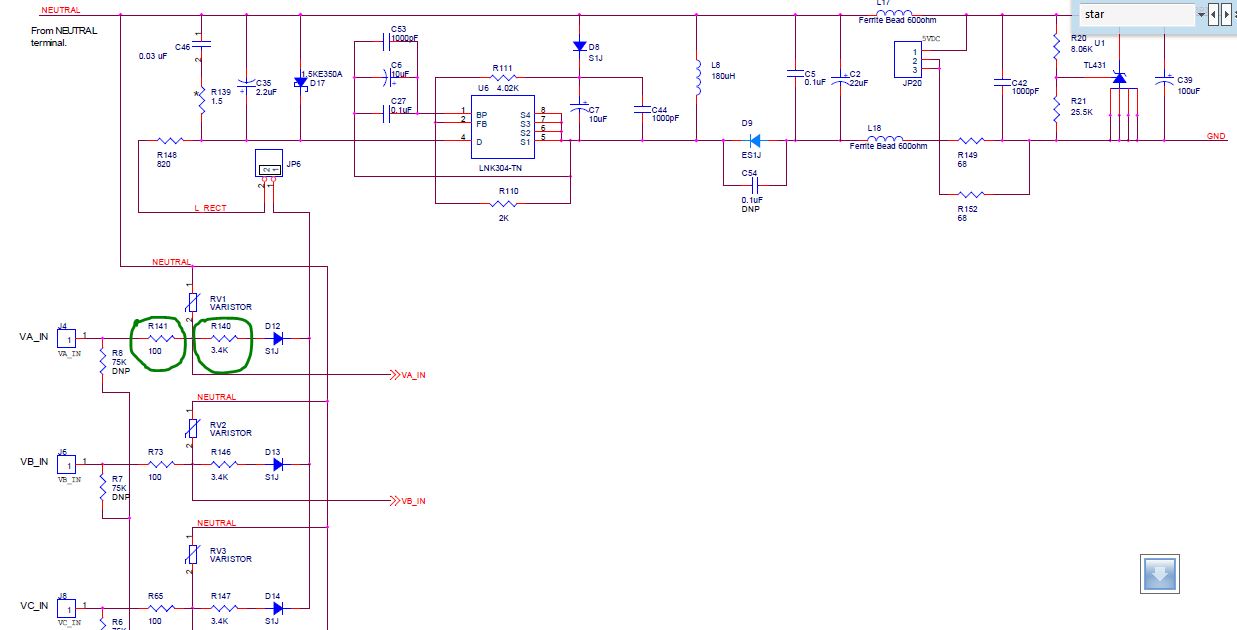 VA_IN, VB_IN and VC_IN in Black on the far left, are the mains input for the 3phase AC lines at 220V each, while the VA_IN,VB_IN,VC_IN on the right (marked with red arrows) go the a voltage divider that feeds the voltage measurement circuit.

Apparently, D12-D14 are used to prevent feedback to the line from adjacent phases, while they all feed the power supply.

I was told that R141 is there to limit the rise of surge current during a spike, but i don't really get that. and i'm assuming R140 is there because of the D12, but i'm not sure.

I would appreciate some clearification, thanks.

Warning - lines that cross on diagram may or may not join: Note that the circuit is badly drawn inj the original applicationm note and suffers further when copies. The crossing lines from R141, R140 and RV1 join - this is shown by a small dot. Else where in the diagram crossing lines do not join and there is no dot. When the circuit is copied, as it has been ijn this question, the dots become even harder to see. This is extremely bad practice, but is more common than it should be. A foolproof system is to have it that lines which cross over each other never join and lines which do join end at a T. This makes them duplication and folded document proof. SEE DIAGRAM AT END

R65 R73 R141 are Yageo 100 ohm 2 Watt resistors datasheet here which limit the surge current drawn by6 the varistors under extreme fault conditions. Under extreme overload or varistor failure they would act as informal fuses. They can carry about 140 mA at rated wattage and would be required to carry far far less than that under any sensible operating conditions. They can be considered part of a belts-and-braces protection scheme. The 100 ohm value of the series resistors appears to be relatively arbitrary. It is likely that the circuit would work well enough without them present and they seem more the sign of a designer attempting to cover every eventuality.

These 3 resistors plus D12 D13 D14 are used to operate a low power offline DC to DC switch mode power supply = U6 = a Linksys LNK304. The three diodes rectify the 3 phase voltages and combine them, feel them via JP6 and R148 and then smooth the combined rectified 3 phases to DC using C35.

D17 is not a zener regulator as it may appear to be - it is a TVS surge suppressor datasheet here.

The datasheet for the varistors can be found here

By following a fairly convoluted path via Mouser etc you can find that the Varistor part used is shown in that data sheet as VDRS10P510xyE on page 19.
VAC operating is 510 AC = comfortably above 3 phase line to neutral voltage voltage that it is usually exposed to. 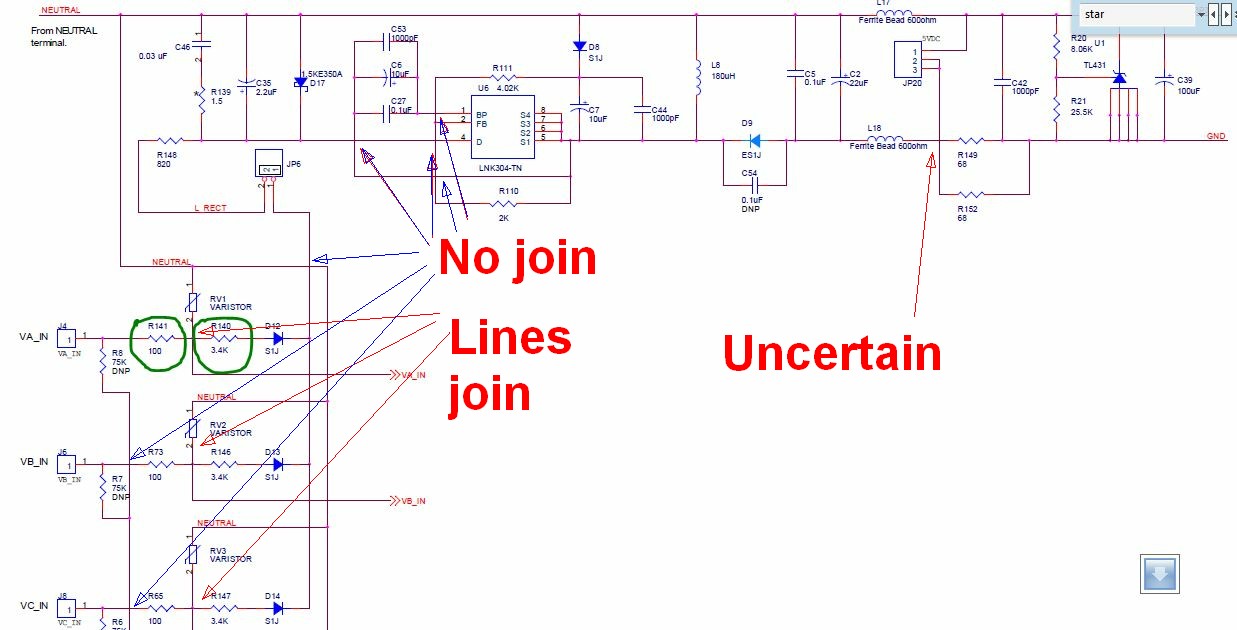