Does anybody know what this could be? It is wound 1:1, and each winding has 17.9ohms and ~20mH. I've removed the ferrite (It was brittle and reacted to a magnet) and it was a typical E I.

In a different thread (are common and differential mode chokes interchangeable) it was suggested that coupled inductors (pulse transformer) are used for this task. 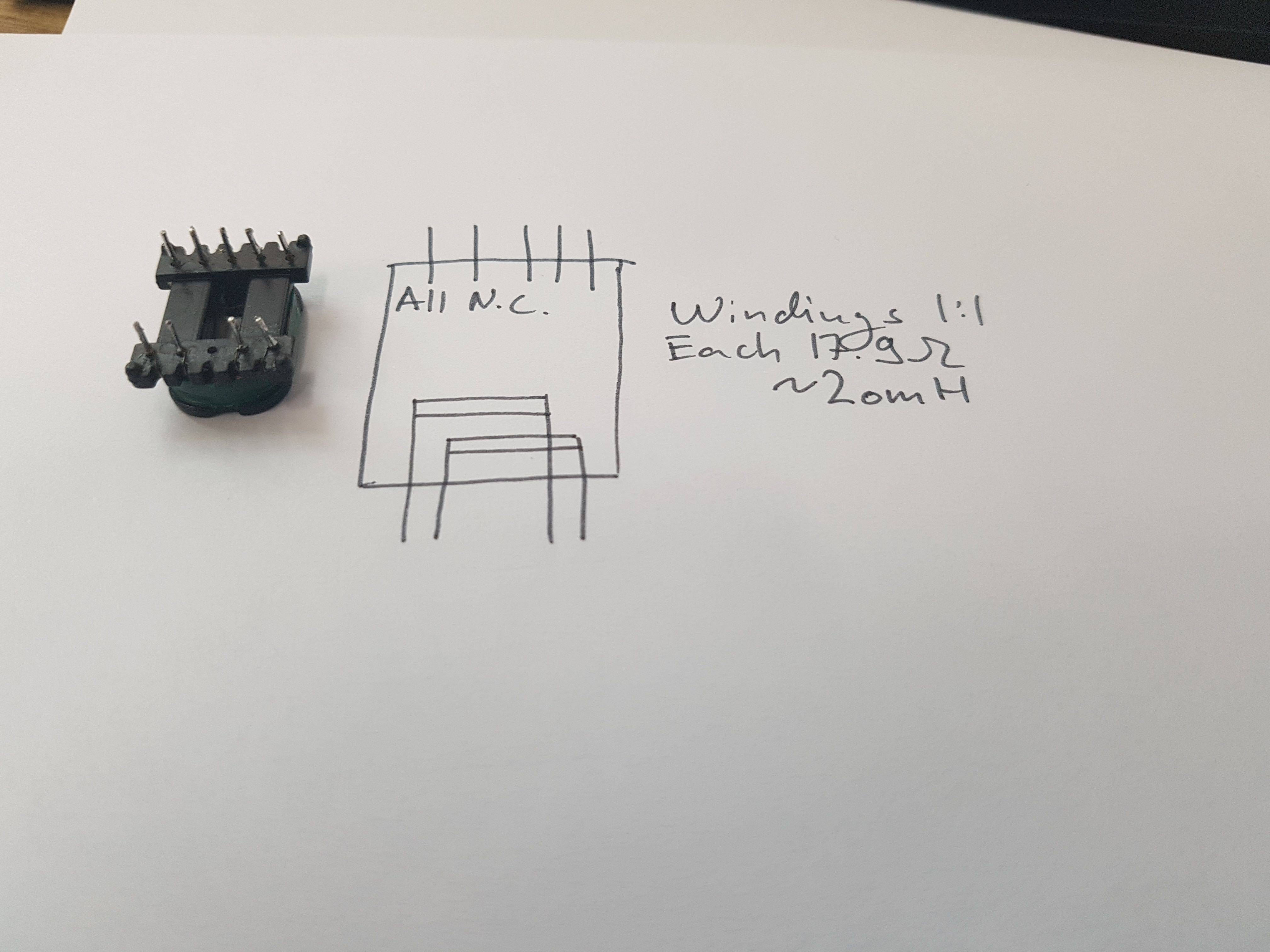 It's used in a powered bus, as seen in the diagram below. I drew it as a differential choke because that's how I understand it should work. It blocks a superimposed ~20kHz signal from entering the power section. 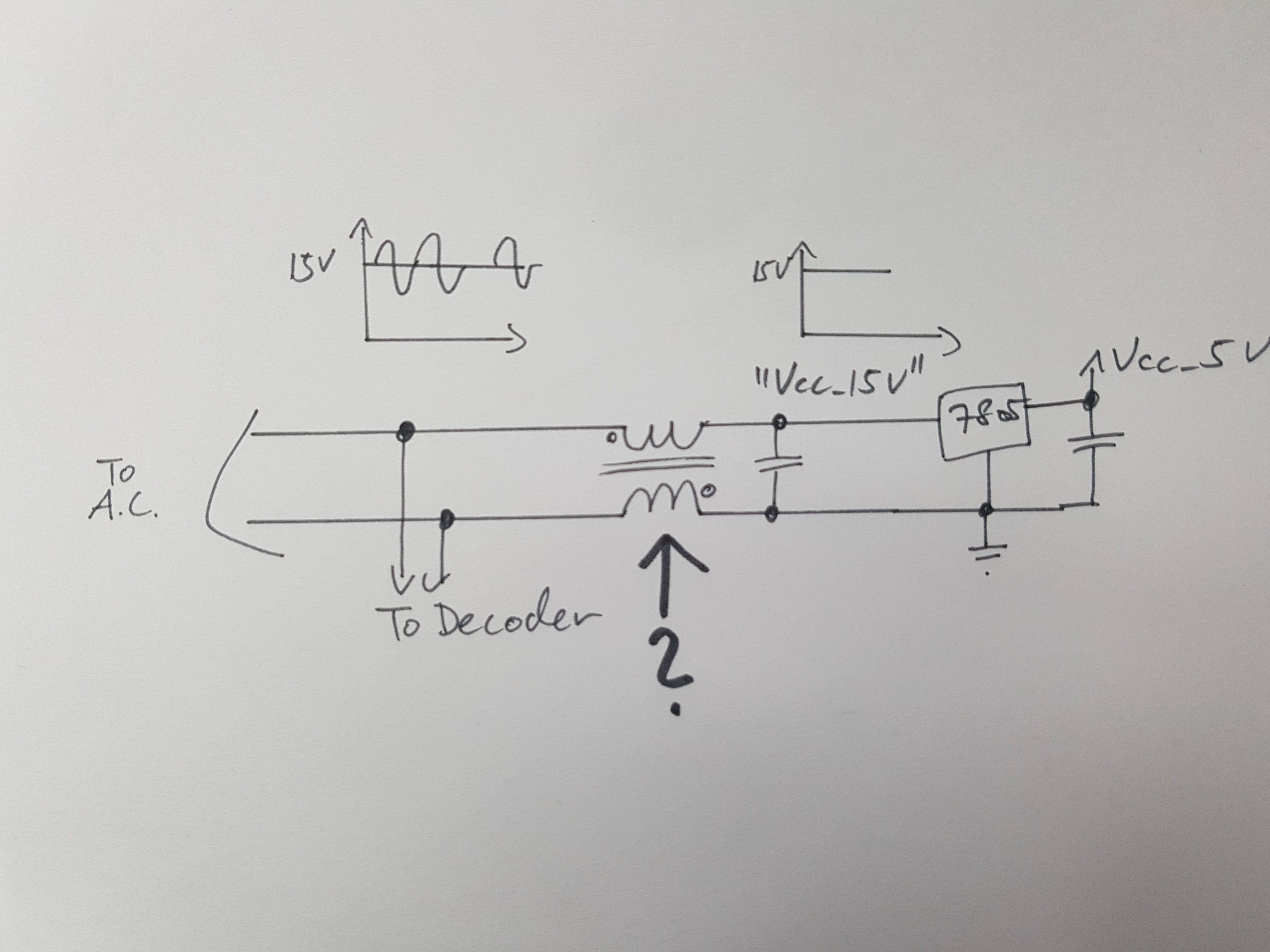 Based on where you put the dots indicating the winding direction, and the connected circuitry, It's a differential choke, to block the pulses from being absorbed by the capacitor

If that capacitor before the 7805 is small, and those dots were not determined by observation, it could be a common-mode choke. And they're just relying on headroom and power-supply rejection in the 7805 to prevent the 20Khz from being eaten up. its purpose then would be to prevent common-mode interference from flowing on the power lines, but I can't see if in or out.

However looking at the bobbin pictured it appears that the core window area is smaller than the core cross-section, this design suggests that it was used differential mode, common-mode chokes usually have the window larger than the core, as in common-mode the only source of amp-turns is unbalanced current. but high differential mode currents may flow without magnetizing the core, so lots of copper is needed to carry these currents .

In differential mode the DC current magnetizes the core, so more core bulk is needed with respect to coil bulk to avoid saturation.

This is indeed a common mode choke.

It basically consists of 2 identical coils sharing the same core so that their magnetic fields are coupled. The ferrite core enhances the magnetic coupling and increases inductance which makes the coil's impedance higher for high frequencies. That means it becomes more effective as a filter.

It would be possible to use two inductors to do the same task but to reach the same amount of suppression (of the decoder signal) those inductors would have to be larger and more expensive than this single common mode choke. A common mode choke is simply more effective. And of course it lets the DC for the voltage regulator pass through unharmed.

Common mode chokes are most commonly found in mains power supplies, there they prevent the switching noise from the electronics from reaching the mains and so polluting the mains.

Not the answer you're looking for? Browse other questions tagged transformer inductor identification or ask your own question.