How to trigger siren (buzzer) with ESP8266

According to the attached images, I am creating a small circuit where I need to trigger a siren (12vdc 200ma) through a pin signal of the ESP8266 microcontroller (NodeMCU).

The signal output of the pin of the ESP8266 is 3.3v 5ma. However, to trigger the siren I need the values already mentioned.

However, the current remains the same, not stabilizing the circuit (so the siren is "gaga"! Rsrs).

Can anyone help me how I would go up the chain?

Thank you in advance, thank you for your promptness and promptness. 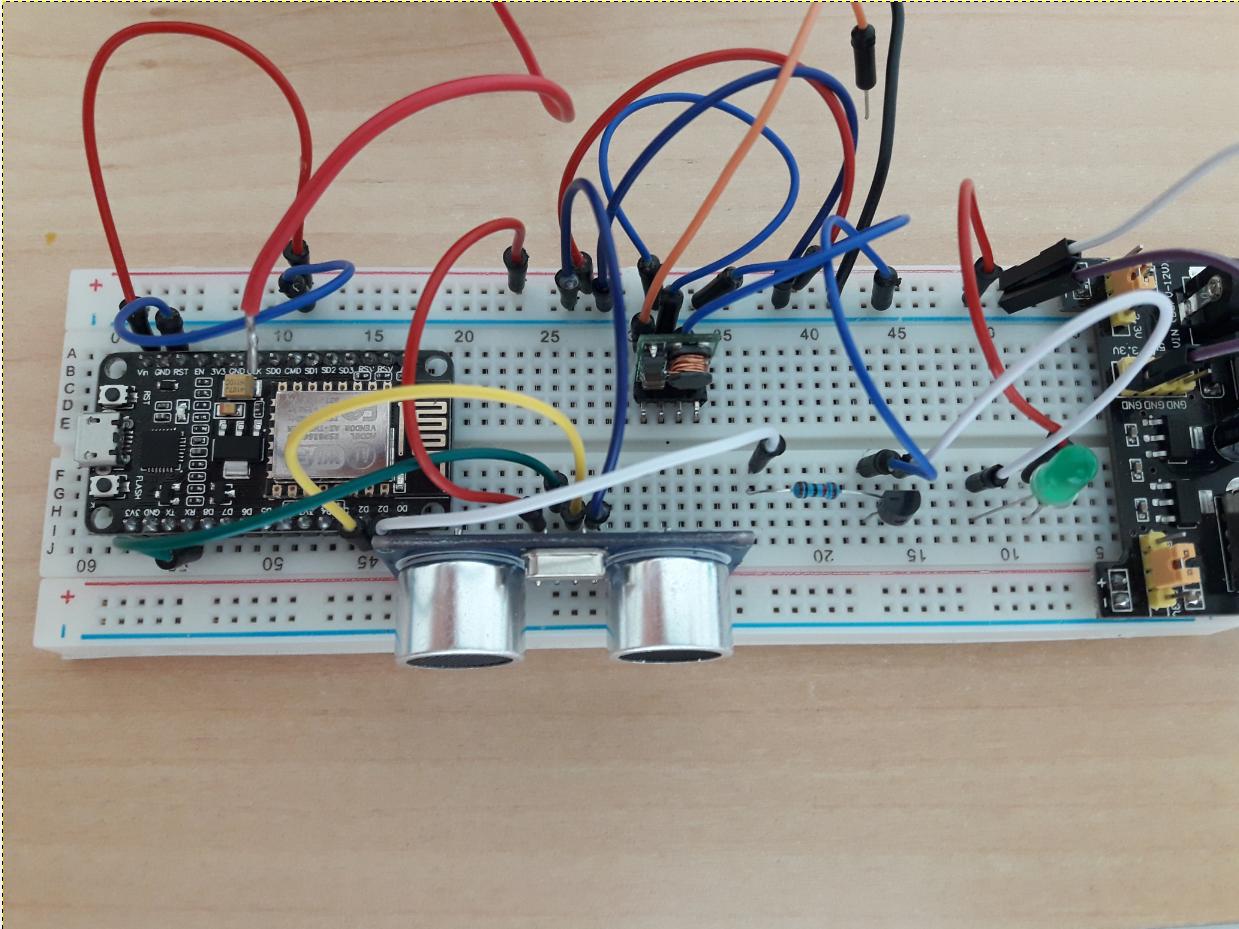 To drive the siren a switch is needed to isolate the 3.3V/5mA output of the ESP8266 GPIO pin from the 12V/200mA demanded by the siren. The ESP8266 output pin can drive the base of a transistor as a switch, and the transistor will conduct the power to the siren through it's emitter and collector.

To choose a suitable transistor it needs to handle over 200 mA continuous through its collector, controlled with a 5 mA drive current at it's base - thus it needs a DC current gain factor (hfe) greater than this ratio: 200mA/5mA = 40 - at the desired load current. From the data sheets I could find of the transistors that were listed as on hand, the TIP41C has enough power capability - but perhaps oversized and hence possibly not enough DC current gain (depending on batch variability and manufacturer) to be controlled by the output pin (you could try it and it might work if you have a higher gain batch). The others BC54x have fantastic current gain but do not have sufficient current drive capability. A better suited candidate would be the 2N2222A. With a suitable transistor the schematic would be as follows; 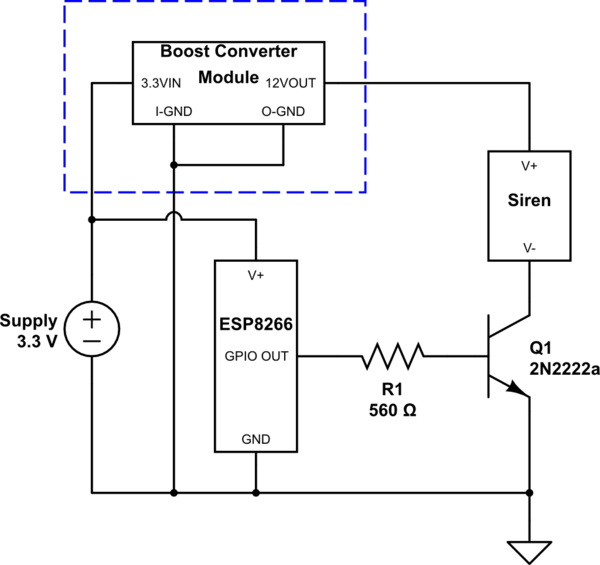 The 12 Volts for the siren is supplied by the described power converter from the 3.3 Volt ESP supply. Be certain that there is enough power headroom available from the 3.3 volt supply to drive both the ESP and the additional 1.5 amps to cover the 3.3 volt input load of the converter.

..ensuring both that the transitor is fully switched on, and that the current is within the 5mA output capacity of the pin.

If you don't have a suitable transistor on hand, and the TIP41C doesn't provide enough gain reliably, the TIP41C can be combined with one of the BC54x parts in a Darlington configuration - which basically multiplies their current gains together while letting the heftier TIP41C handle the load utilizing the best characteristics of both parts. In that case the same circuit would be a follows; 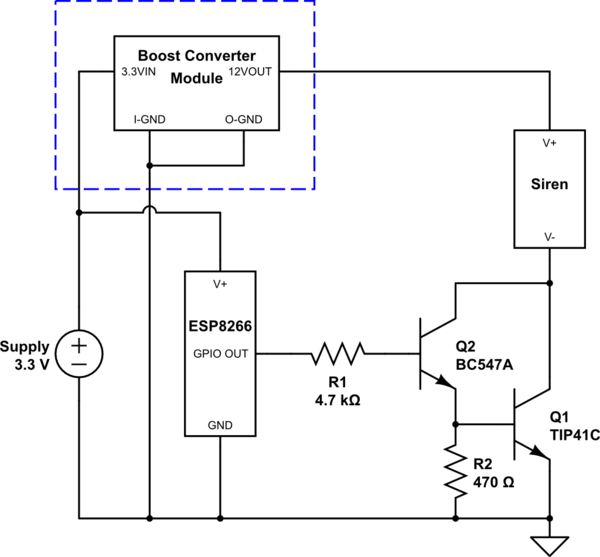 With this configuration there are now two 0.7 base-emitter voltage drops effectively in series, so the voltage across the same 560 ohm resistor now becomes approximately: 3.3 - 1.4 = 1.9 Volts, delivering 3.4mA to the base of Q2. With the Darlington configuration thats fine since the gain is so high it should be more than enough drive to turn them fully on - and in fact a higher resistance can now be used to reduce the output current demand on the ESP's GPIO pin. 4.7K here instead would load the control pin with only 0.4mA and should stil reliably turn the transistors fully on.

R2 is not a critical value - it simply provides a "pull-down" path for Q1's base to discharge ensuring it turns off quickly and completely - since Q2 can be almost like an open circuit in the OFF state.