I used to install a lot of in-car UHF radios & hands-free cell phone kits. I mostly worked on trucks & commercial utility vehicles fitted with bull bars, upon which I would mount a big, bulky, high-gain antenna. Alternatively, a bracket could be mounted directly to the chassis under the bonnet (which often meant cutting/drilling). The coaxial cable would run from the new device inside the cab, through the engine-bay, and out to the base of the antenna. 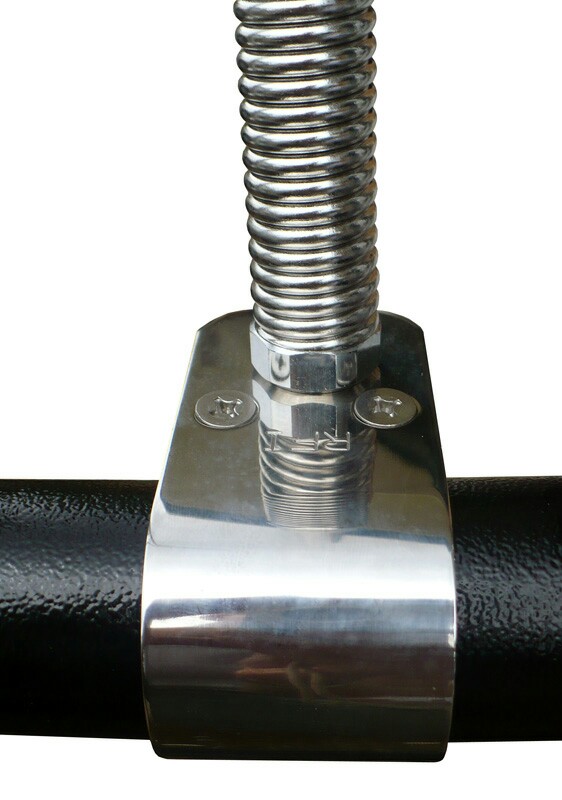 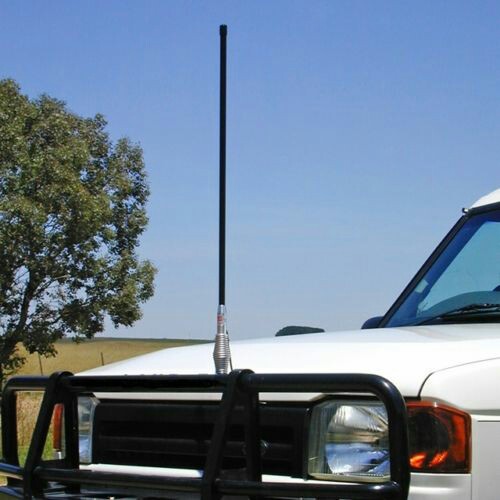 But every now and then I'd get some fancy executive with a shiny new luxury sedan, and I'd use a relatively discrete glass-mount antenna. The cable runs under the dash and up the pillar (under the upholstery or plastic trim) on the passenger side, and pops out near the top of the windscreen. The cable screws into a little black box/panel, one side of which adheres directly to the inside surface of the glass. At the base of the actual antenna mast is a similar adhesive panel that mounts on the exterior surface of the glass, directly on top of the first. 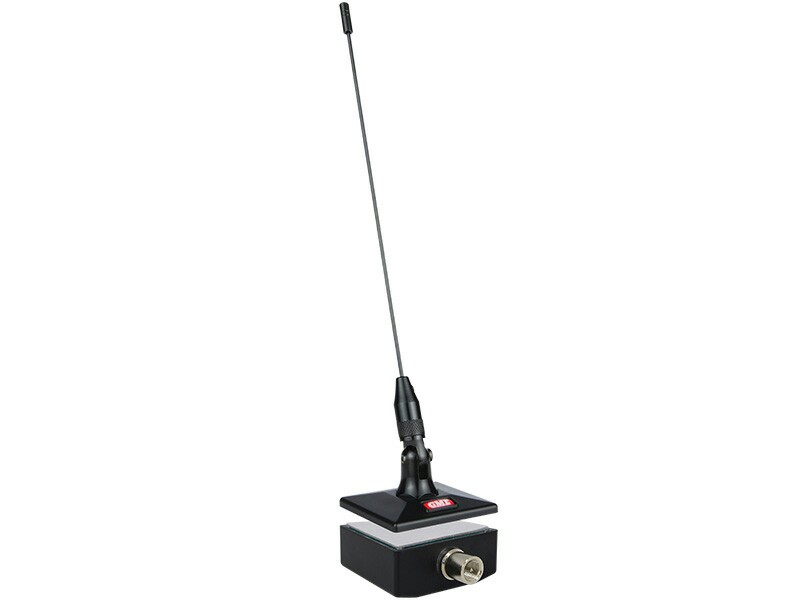 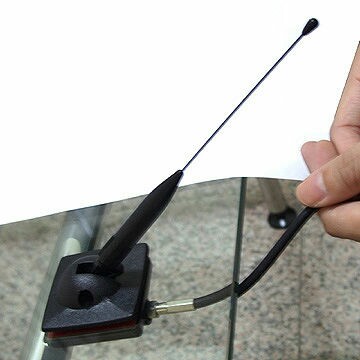 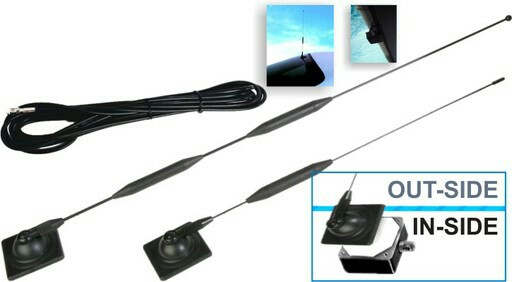 I never fully understood how or why it worked, but essentially the signal was able to flow right through the glass. My question is: Can this same technique be adopted for 2.4GHz and/or 5GHz WiFi antennas?

Parallel capacitor plates of 25 mm by 25 mm seperated by 4mm of glass with a relative permittivity of 4 would give a coupling capacitance of about 5 pF. That capacitance is in series with an antenna signal and at 2.5 GHz, would act as a blocking impedance of about 13 ohms so, it's feasible it could be used without disrupting the VSWR too much.

The 13 ohms series blocking impedance could be tuned out by a small value of series inductance. I would expect it to work best when located at the edge of the window (and close to the car body) because the antenna type is a monopole and it needs some form of local ground plane to be most effective. In other words, using a capacitive connection requires that the base of the antenna is one plate of the capacitor.

I'm not going to rule out coils that can couple via the glass window but, at 2.5 GHz, these might be starting to become lossier than a capacitive coupler.

I never fully understood how or why it worked

Actually it can either be done

magnetically using coupled inductors. This is like a transformer without a magnetic core. Wireless charging as used in some mobile phones uses the same principle. Basically, one coil creates a magnetic field from an electrical signal which is then picked up by a second coil (at the other side of the insulator, that can be any insulator including air or glass). The second coil turns the magnetic field back into an electrical signal.

electrically using a capacitor like structure. A capacitor consists of two electrically conductive plates with an insulator (that can be any insulator including air or glass) in between. A capacitor is a low impedance (does not form an obstacle) for high frequency signals.

For lower frequencies up to 200 MHz or so, I expect the magnetic coupling method to be used. For low frequencies a very large capacitor (for the electric coupling) would be needed to be efficient.

Not the answer you're looking for? Browse other questions tagged circuit-design antenna wifi transducer signal-theory or ask your own question.

0
Is wireless technology only possible due to inductance?