I am a High School Junior doing a product breakdown for a school project, and I was wondering if one of you could help me identify a component or just tell me that it is a type of Chip On Board (which is what I suspect)? It is a digital thermometer (a really cheap one, about $10). The component that I need help identifying is the little black one that sticks out of the top of the circuit-board (next to the white wires and crystal oscillator). 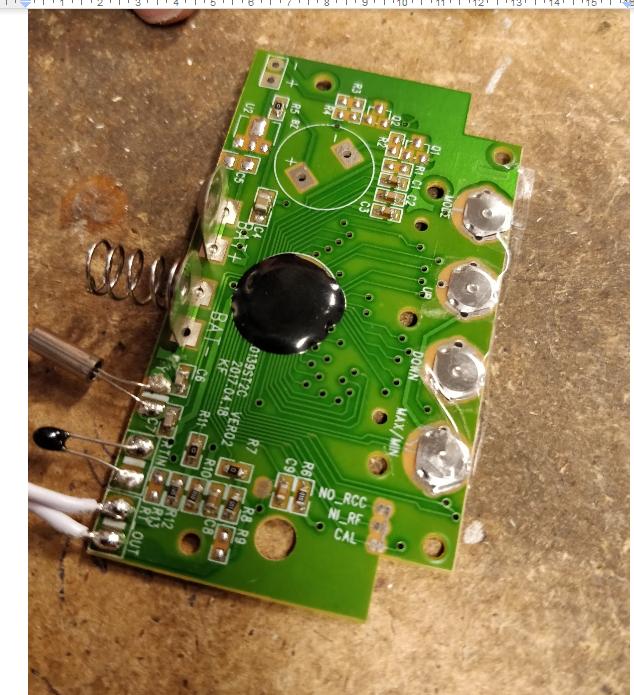 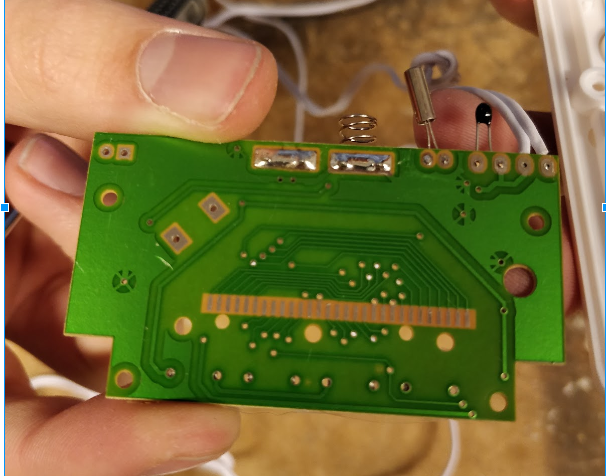 EDIT: added the following to clarify that I know what the big black blob is and the location of the component: "(next to the white wires and crystal oscillator)"

The part with two pins and a black bead sticking out past the edge of the board looks to be a thermistor (temperature-sensitive resistor). You can disconnect it from the PCB and measure its nominal resistance at room temperature with a resistance meter. My guess is it'll probably be 10k (a very common value), but it could be just about anything. Then cover it with your fingers and see if the resistance goes up or down. If it goes up then it is a PTC (positive temperature coefficient) thermistor, and if it goes down it is an NTC (negative temperature coefficient) thermistor. I use a 10k NTC thermistor on a lot of products at work that looks nearly identical to this one (not that that says much) but it is a PR103J2 from US Sensor. If you're lucky maybe this is similar.

The black blob on the top side of the board is a COB and is probably an ASIC (application-specific integrated circuit) die covered up in goop. That will most likely be a custom part and will not be identifiable. 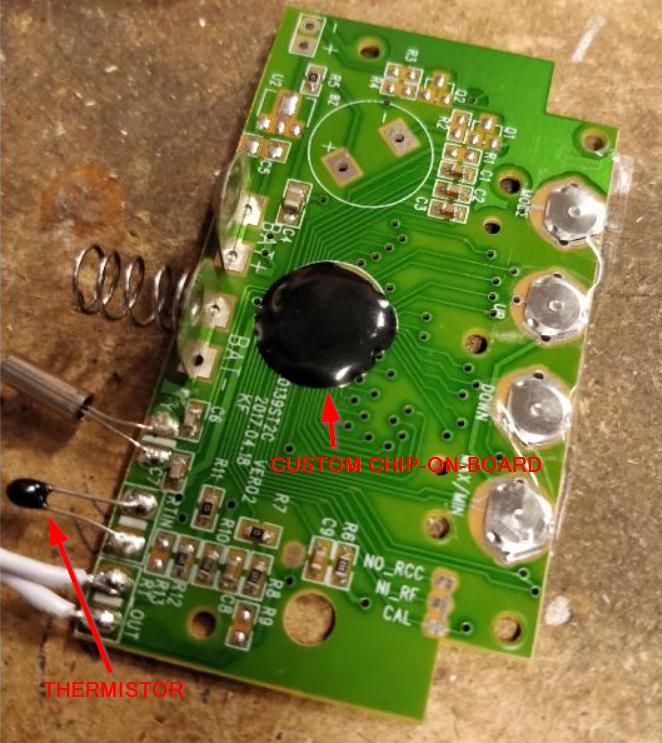