Is this an encoder? Correct naming of circuitry

Newby to the digital circuitry world please be nice.

For a rock paper scissors game, I've created the following to determine a winner, however I don't know what this circuit would be called in the realm of correct terminology.

I'm tempted to simply call it an encoder but am both unsure on how loosely that term can be used and also as to how the 2n IN = n OUT could be interpreted to validate this.

Thanks for all help and suggestions 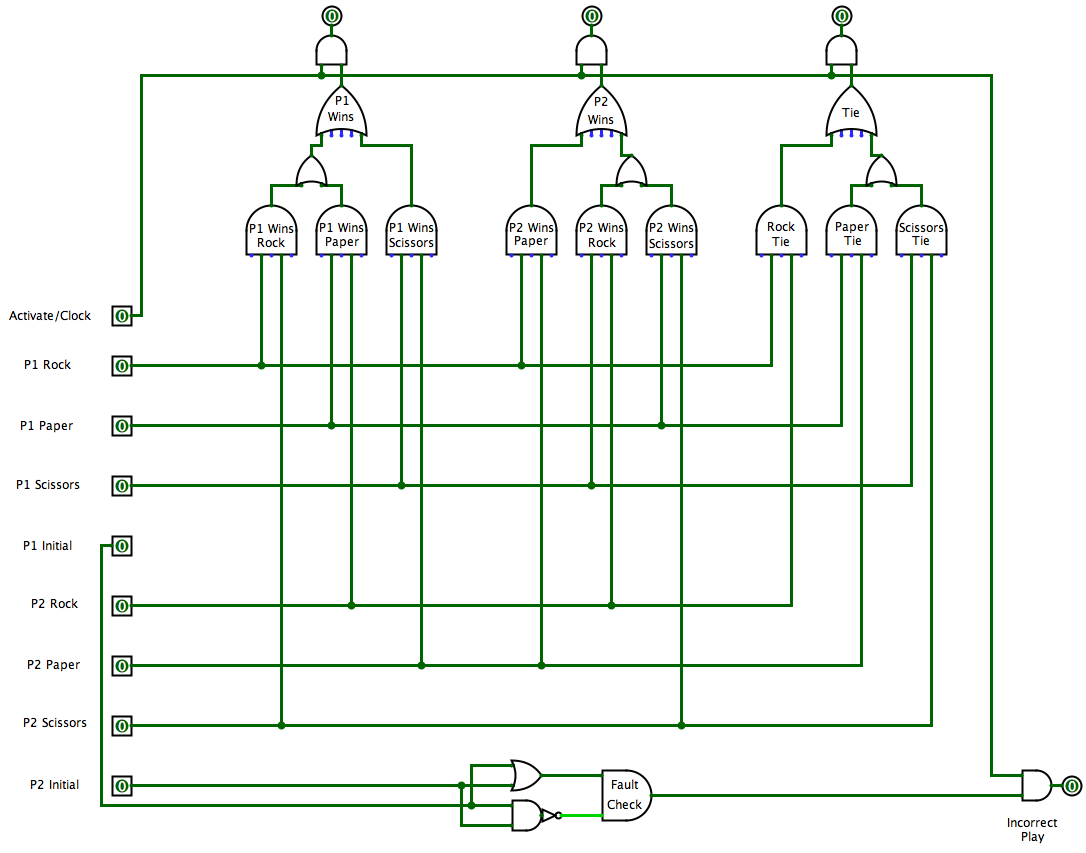 "An encoder is a device, circuit, transducer, software program, algorithm or person that converts information from one format or code to another, for the purposes of standardization, speed or compression."

You are converting information from one format to another. But it's the score of the game. In this case your entire game is the entire system. In my opinion an encoder is a part that can be put in between two systems. So I'd say that... it's in a really gray area but it leans towards not being an encoder.

I'd call these things for encoder:

It's like a human translator allowing someone who's deaf to communicate with someone who's not deaf but doesn't know sign language.

In your case there's... gahh.. this is so gray. There are three systems, you, your opponent, and the game. But no, my list above that shows what I'd call an encoder are vital parts of the system. Or things that matter really much, without those encoders the systems have to use other much more difficult alternatives. Your game can be played without the hardware, which might be even simpler. Your hardware version of the game is not important.

An encoder shouldn't be the main focus of a system, it should be something that another system can use for some positive effect. Your game is the main focus.

So no, I stand my point as classifying your game as not being an encoder.

I'd call it what I've done throughout my answer most of the time. A game. But if you want something more nerdier then I'd call it a "decider" circuitry, since neither you nor your opponent will decide who's the winner, but the circuitry will, and both of you will take it at face value. Or I'd call it "game circuit" since that is a pretty correct description of what it actually is.

I think an encoder translates data from a format to another. Often this implies that data can be decoded to obtain the original information. This is not your case, because no circuit or software can decode the result.

On the other hand, encoding may be lossy or not (lossless): your circuit could be a very lossy encoder. If you think at a lossy audio encoder (mp3), you know that it throws away part of input information, but the result is still enough good for practical goals. Now: the information this circuit throws away, can be considered "important"? The result of the circuit is "who is the winner", and the discarded data is "why the winner is the winner?". In some context, this circuit can be considered an encoder - in a general one, I think not.

Not the answer you're looking for? Browse other questions tagged digital-logic logic-gates terminology logisim or ask your own question.