I'm trying to find the Norton equivalent with respect to the load resistor RL for the DC circuit below. 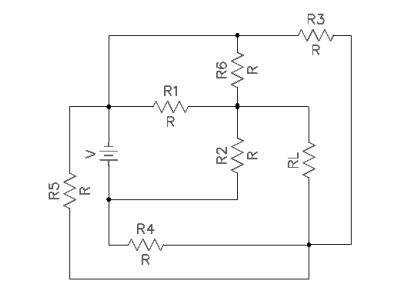 Each of the resistors have an equal resistance R. Removing the load resistor, I am having a lot of trouble figuring out which resistors are in series and parallel with respect to the load. It is very confusing with all of the different connections. Does anyone have any tips to simplify this circuit?

Every time I see a question like this and decide to provide an answer I think I'm going to start with the following story lead. (The schematic re-write follows.)

Use the above rules and rewrite the schematic: 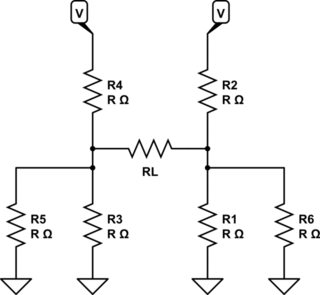 I didn't do a single thing here except a very basic and simple re-write of it using the rules I laid out above. Looks pretty easy now, doesn't it?

It's trivial to go from the above and construct the two (identical) Thevenin equivalents. (Which are equally trivial to convert into Norton, if you prefer.)

Not the answer you're looking for? Browse other questions tagged circuit-analysis norton or ask your own question.