For a larger project where I basically want to boost phone signals indoors using an external antenna I have devised a small experiment to make sure I get the basics right before I expend a lot of energy.

Basically, I have made an enclosure to reduce signal strength in which I put a cell phone displaying the current RSSI or dBm and a small-scale version of the external and internal antenna setup. Basically just two small antennas connected by a wire.

The idea was that I should be able to measure a difference in signal strength inside of the box when putting a small antenna connected to another antenna outside of the box. This would then validate the feasability of using the bigger antennas. 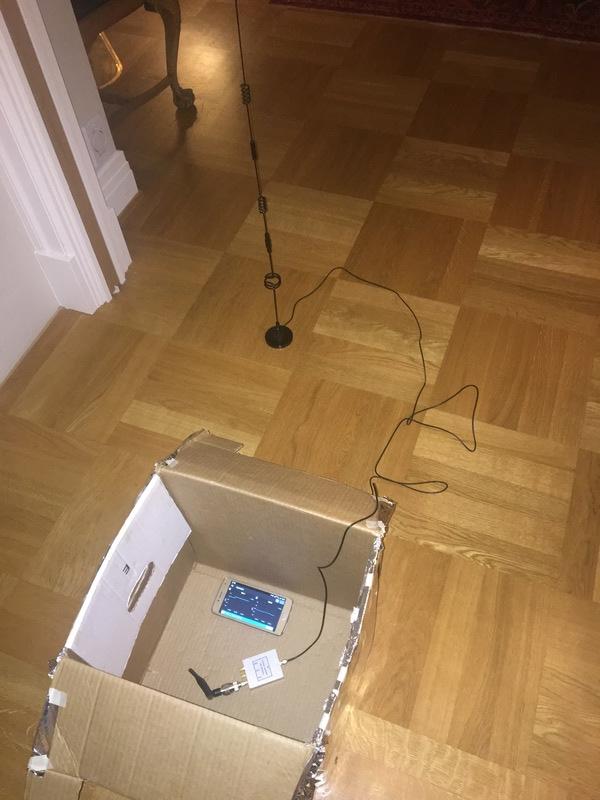 Step 1 was to make an enclosure that would block (some) signals. A card board box wrapped in aluminium foil was no true Faraday cage, but when closing the lid it managed to reduce the signal strength by 15dB, which is noticable. 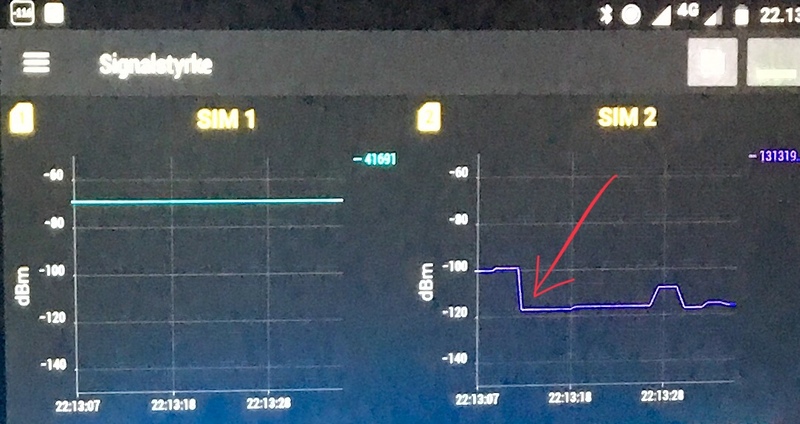 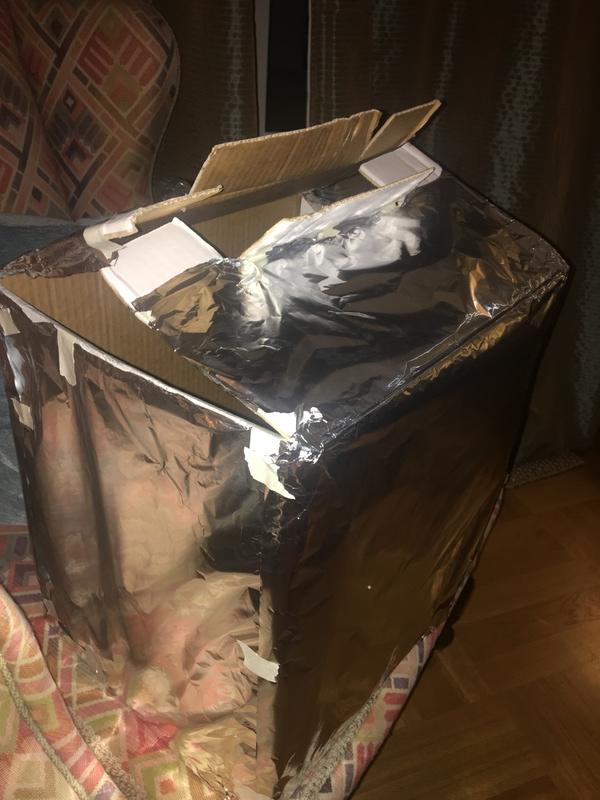 Step 2 was then to verify that these antennas would boost the signal inside of the box. This is where I fail, somehow. While closing the lid of the box made the signal go from -90 to -105 on the dBm scale, putting the antenna in there made absolutely no difference - no matter how long I waited.

I suddenly realized that I might be reading the wrong figures, as I still had 4G enabled (the antennas are both for about 900 MHz, while 4G is 1800 and 2100 MHz in Norway), but disabling 4G and strictly running on 2G made no real difference.

So this leaves me wondering: what am I doing wrong? Are there some basic assumptions I have made on how this should work that are just plain wrong?

The large antenna is collecting a portion of the cell tower's energy which falls within its "antenna aperture". Your system is then radiating this energy from the small antenna in all directions.

(Not really, of course, but you see the point).

Only a small amount of this power is being re-radiated in the direction of the cell phone's antenna.

I expect you could detect the improvement in signal strength if your chamber had a higher level of attenuation. But as it is it's getting swamped out by the direct signal which is coming from the cell tower.

21
Designing a GSM PCB antenna
1
Antenna input power
1
Wirelessly power multiple LEDs with antenna?
2
How to adjust receive-only antenna?
3
Simple AM radio - how to modify it so it can work without ferrite rod antenna?
0
Why I got very weak signal with my GSM antenna connected to PCB?
3
How much does the physical size and shape of a RF antenna affect its range/penetration?
0
floating ground