How would you calculate the input and output impedance of this amplifier?

How would you calculate the input and output impedance of this amplifier? I have done a lot of research and found so many conflicting pieces of information. Not sure what is right. 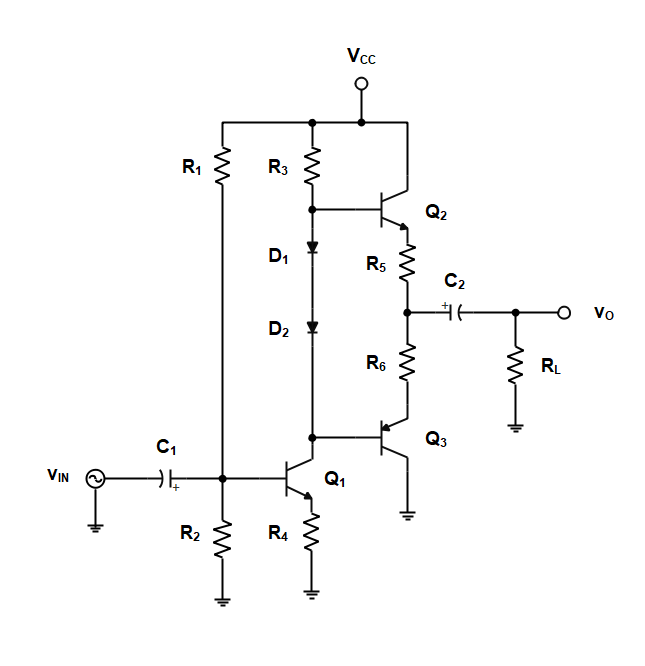 If Q1 was an NPN transistor (as I suspect it should be) the input impedance at mid-band (no appreciable extra impedance due to C1) is approximately R1 || R2 and, if you wanted to be pedantic you would have that impedance in parallel with \$\beta\cdot\$R4 where \$\beta\$ is the gain of Q1.

The above assumes that RL isn't connected.

I have also assumed that the circuit is for an audio amplifier with mid-band frequency around 1 kHz.

Not the answer you're looking for? Browse other questions tagged impedance output input or ask your own question.