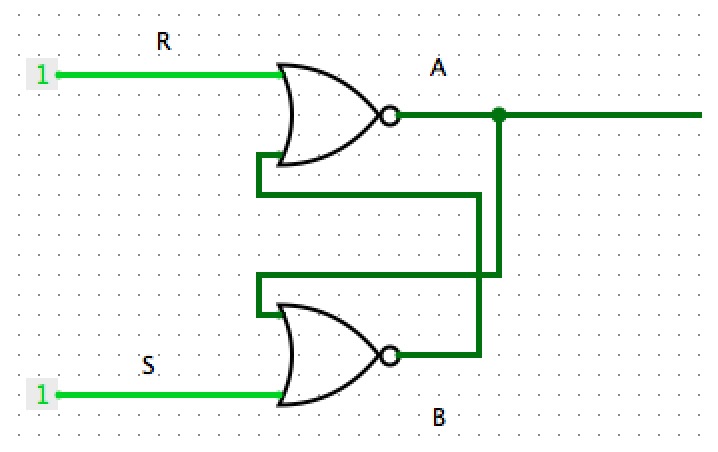 The picture above shows a NOR SR latch with S = R = 1. Notice how the outputs are both 0 since 1 NOR anything = 0 (the program I am using is Logisim, by the way). If I then set the inputs back to the quiescent state where S = R = 0 (which is supposed to keep the state of the latch since 0 NOR x means the output depends SOLELY on x (0 NOR 0 = 1, 0 NOR 1 = 0, where the first 0 does not give us enough information to determine the output the same way 1 NOR x does)). X in this case is the output of the other NOR gate, so if the two inputs S and R are both 0, they do not affect the outputs, thus the state is "latched."

EDIT: For the sake of completion, I included pictures of all other states: 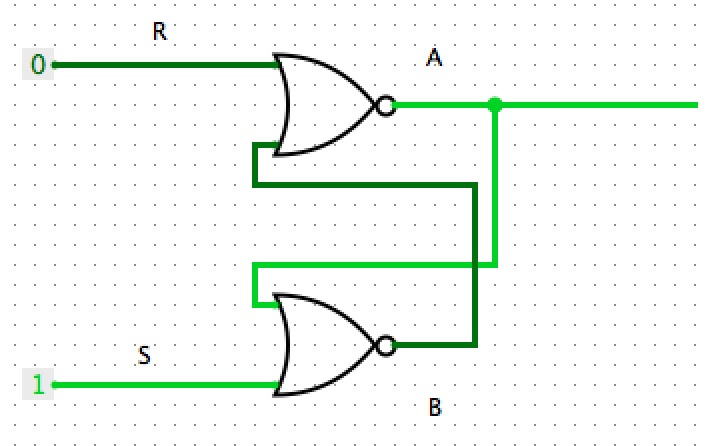 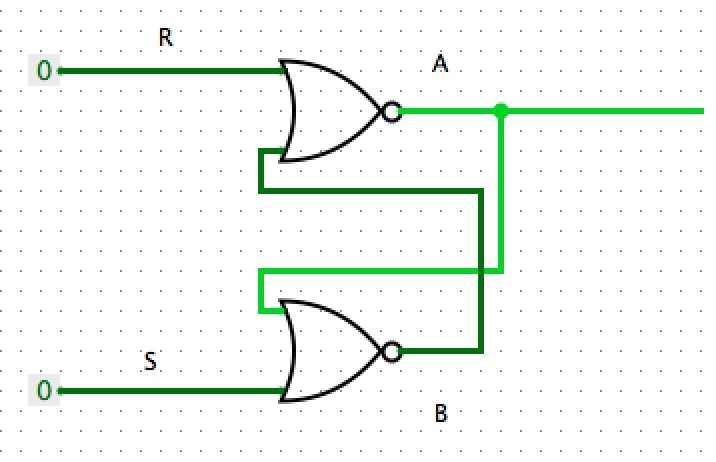 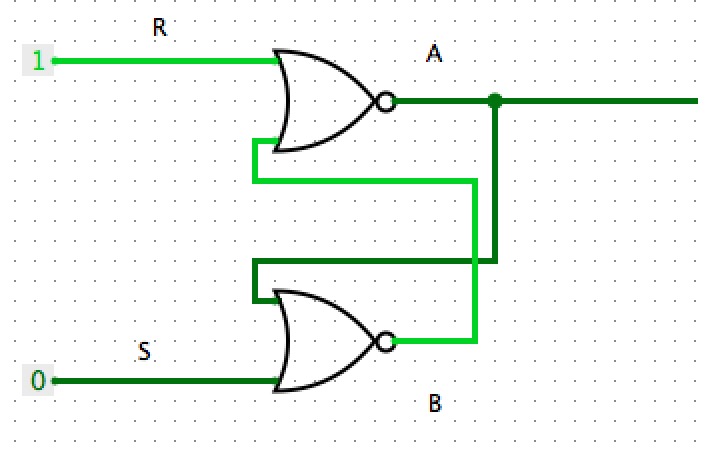 The outputs Q and Q' are complementary of each other as long as the configuration S=R=1 is not allowed. This is called a forbidden state as both NOR gates output zeros. This negates the logical equation Q=Q'. Therefore this state is not allowed.

So for a NOR SR latch the outputs are complementary to each other as long as the forbidden state S=R=1 is not considered.

Now there is another problem with this forbidden state that makes it even more inappropriate in circuits. When a forbidden to hold transition takes place due to a problem known as race condition the output Q may lock to either 1 or 0, depending on the propagation delays between the gates. So that is one more reason to avoid this situation even if you may be interested in this configuration.

3
S-R latch / flip- flop question
11
SR Flip-Flop: NOR or NAND?
0
Beginner trying to understand flip flops
6
What actually happens when both 1 input is given in RS flip flop circuit (physical change)?
0
How to reduce noise? (FlipFlop circuit creates lot of noise)
0
Are D flipflop inputs and clock thresholds the same for a given logic family?
0
How does an RS-latch work in the presence of propagation delays?
1
Preset and Clear in SR Flip Flop
1
SR FlipFlop Question
0
Output Jitter of jittery bitstream through flipflop