difference in reverse voltage of diodes?

I have a 9V circuit to operate latching relays. Because there are instances where two independent DC power supplies meet briefly, I decided to implement schottky diodes in the circuit to prevent them from affecting one another. Initially, I used IN4004 blocking diodes (https://docs-apac.rs-online.com/webdocs/14f5/0900766b814f5b51.pdf), but took them out because I realised they could only carry 1A of current. I subsituted them with SBYV27-200-E3 switching diodes (https://docs-apac.rs-online.com/webdocs/14ae/0900766b814ae442.pdf). I understand that switching diodes are used in instances where there are rapid and frequent switches in the power supply in both directions i.e. AC, however I have used them since they were already available and could carry up to 2A of current (vs 1A of IN4004). When I used my relay to disconnect a part of the circuit (9v measured before disconnection), I found it unusual when I measured around 2V in potential difference (with reference to GND) upstream to the diode at the disconnected part of my circuit. I was puzzled by why there was 2V when that part should have been disconnected by the relay, and any reverse current blocked by the diode. I then took those switching diodes out and switched back to the IN4004 blocking diode. With these, I measured 0V when the relay perform the same disconnection, showing that the circuit was effectively cut off by the relay and no reverse current was allowed through the blocking diode.

Thus, my question is why are my IN4004 diodes able to effectively block all current, while my SBYV27 diodes seem to allow some reverse current through? I want to clarify it this is indeed the case and whether a switching diode is similar (or not) to a blocking diode in blocking reverse current. 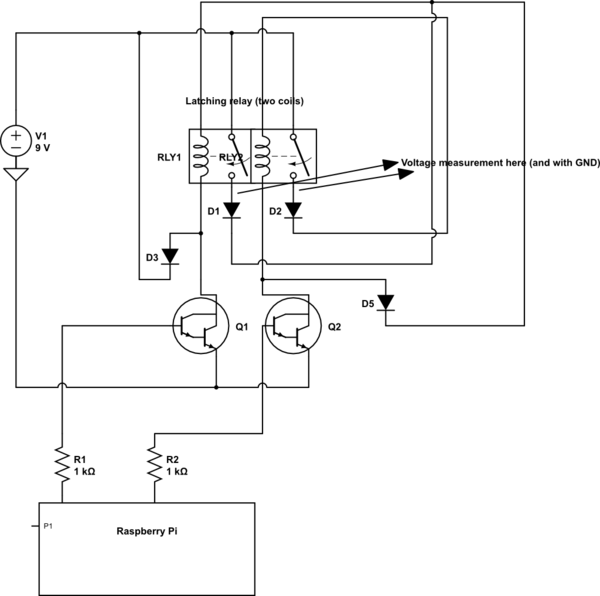 I added a schematic. This schematic only has one DC source, but I tested the voltage measurement on this as well. Circuit maker does not have the exact relay model I am using so I combined two of them here. When one the coil is activated, one circuit closes and the other opens, and vice versa when the reset coil is activated. My circuit might appear unusual but I've designed it to work such that the coils are operated by the very same current that runs through the switching circuit it controls.

Schottky diodes tend to have lower forward voltage at the same current than similar conventional diodes, but also tend to have considerably higher reverse leakage. One follows from the other if you look at the Shockley diode equation.

At high junction temperature you can have VERY significant reverse current flowing in a large low-voltage Schottky diode (tens or even hundreds of mA).

Usually a 1N400x or even a 1N4148 (200mA rated diode) is fine for the flyback diode on a small relay coil. It only sees the coil current and only briefly.

The SBYV27 diode has a reverse leakage current of 0.4 uA (at 10% of its maximum reverse voltage and at 25 degC). See figure 4 in its data sheet.

So it could be leaking maybe 0.4 uA through D3 (then via the coil) and through D1 to your open circuit measurement node. If you are using a multimeter with 1 Mohm input impedance you could measure 0.4 volts due to 1 uA flowing.

If you look at figure 5 in the 1N400x data sheet from Vishay you will see that at about 5 volts (reverse) the leakage current is about 20 nA at 25 degC. That current into a multimeter of 1 Mohm input impedance would produce a voltage of 20 mV.

What's all this stuff about reverse diode leakage?

In general, reverse leakage current is fairly flat (until zener voltage) but temperature dependent (rise with T) and is higher for diode rating and higher with faster switching silicon diodes and much higher in lower voltage Schottky diodes.

When relay coils release, the voltage reverses due to reverse EMF and the diode clamp current is initially the same as the coil as it decays down with somewhat a linear L/R=t time constant.

Since the question is about latching relays, we know they take much more power initially to switch from a magnetic resting position than a non-latching but can save energy over time.

We know everything has thermal mass and thermal resistance and a time constant to reach critical temperatures and we need to keep safe margins and not choose parts operated at their Absolute Max limits for reliability considerations.

Like all semiconductor switches can handle much higher peak currents than the sustained current. This is often described in several ways;

The other part of this question is about a fast recovery diode which has more leakage (0.5 uA) than a 10 Mohm DMM so it reads a pullup voltage when reverse biased (no big issue with power drain here, I expect). 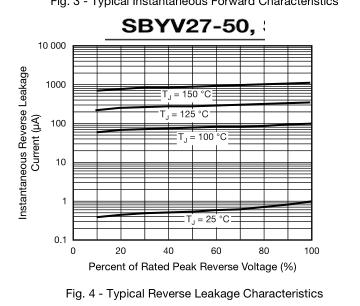 1N400x is rated for 30A max 1 cycle 60 Hz and is likely to work perfectly for your miniature latching relay.

Not the answer you're looking for? Browse other questions tagged diodes relay switching schottky or ask your own question.