I'm looking for an analog method of measuring the phase difference between two signals operating at frequencies in the range from (0 - 20 MHz). I'm wondering if there's an IC that does that or a specific circuit that converts the phase difference into a voltage signal.

With more specifics on input and output Voltage range, a better answer can be provided.

To measure phase, as Steven says assuming they are equal amplitude and linearity you can subtract but this is a time-variant signal not DC phase output, so one might use a Peak Detector to rectify that signal to mix the result to generate a DC voltage for Phase difference.

The amplitude needs to be normalized (the same) so linear slicers or limiters are used as well as XOR gates ( which is a logic gate that also works here as a mixer/phase detector for logic level signals.

THere are many other ways too such as edge detect, S&H sawtooth clock and Time Interval counters. 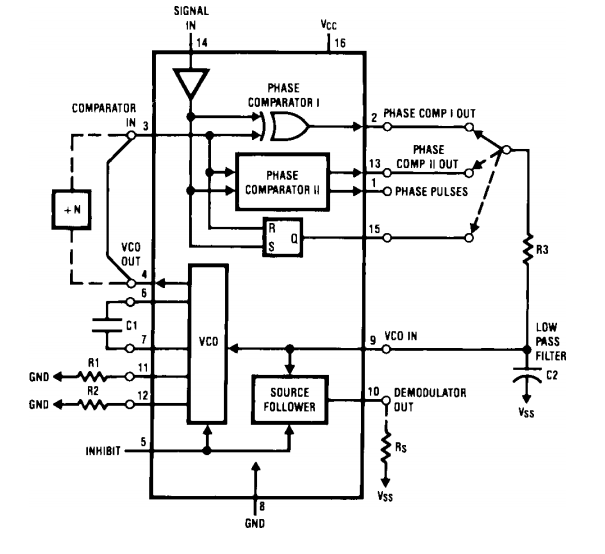 if you simply subtract both signals you get a signal whose amplitude will increase with increasing phase difference: 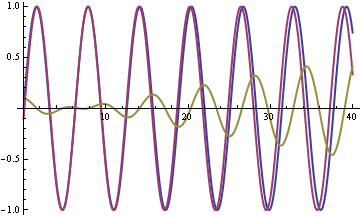 As the purple signal's phase shifts the difference signal's amplitude increases. The error signal is zero when both signals are in phase (at t = 5). 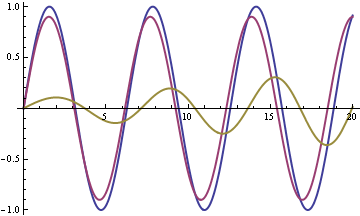 Another chip is the AD8302, which gives you an analog signal proportional to phase difference, and another proportional to log(amplitude ratio). It's kind of expensive, but it works up to a couple GHz; see http://www.analog.com/en/rfif-components/detectors/ad8302/products/product.html

(Disclaimer: haven't actually used it myself)

Not the answer you're looking for? Browse other questions tagged operational-amplifier analog components communication or ask your own question.