I'm using an OPA211 amps in a simple differential-to-single-ended configuration (a subtracter circuit, with all four 10k 0.1% resistors). Each OPA211 has a 50-ohm resistor in series at the output and going to a BNC edge connector. Traces are really small --- approx. 1.5mm from OPA's output pin to the resistor, and 1mm from the resistor (the other resistor's pin) to the BNC connector. I attach the figure with the relevant parts: 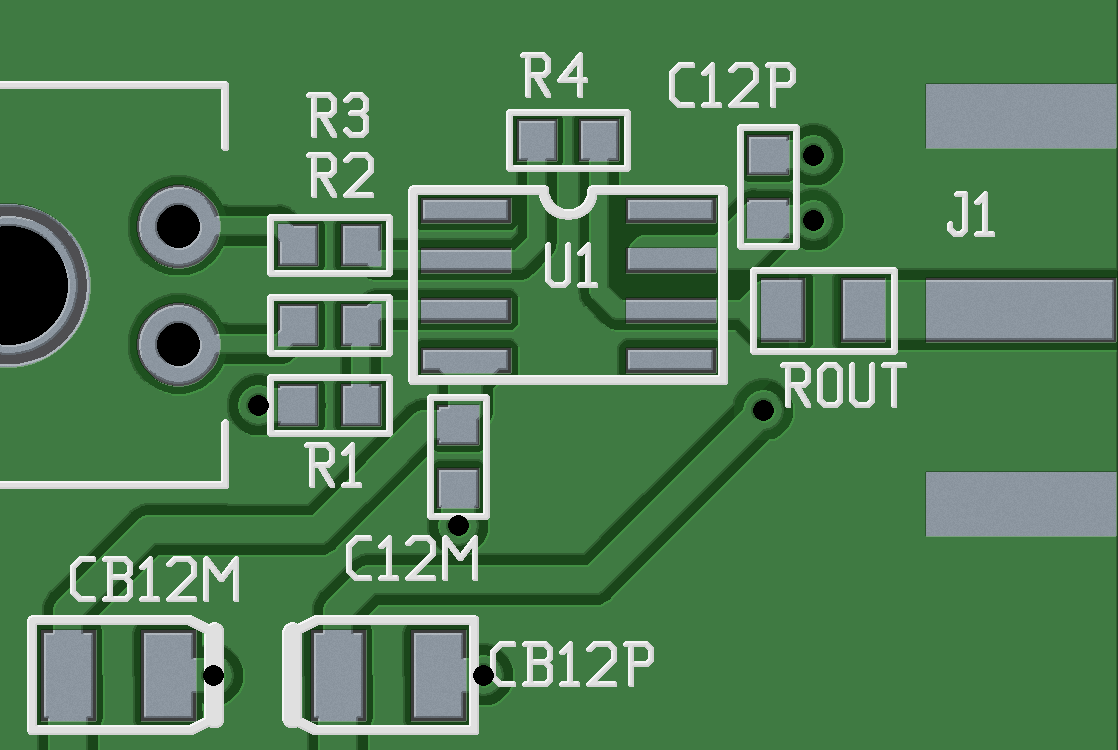 C12P and C12M are decoupling capacitors (0.1uF X7R), and CB12P and CB12M are the "bulk" decoupling caps (10uF tantalum). On the left there's the two inputs and on the right is the BNC edge connector.

I built two of these to simultaneously measure two signals on a device we're studying --- as a "debugging test" or "sanity check test", I connect the two OPA211 boards to the same signal, at two points in the same twisted-pair cable about 2 metres apart, and I see a time difference of about 70 nanoseconds!! (that's at least 10 metres of cable at a conservative estimate of 1/2 velocity factor). Since I'm measuring the same signal on the same cable just two meters apart, the delay between them should be no more than 10 or 15 ns, assuming a velocity factor between 1/2 and 2/3).

I have double- and triple-checked those values --- my question is: can this difference be attributed to a large difference in the input-to-output propagation delay between the two OPA211 amps? (the datasheet says nothing about this) They are likely manufactured in the same batch, as I got both from the same cut-tape that came from the same Digikey order. The two boards were next to each other, so their temperatures and humidity conditions would have been essentially identical. The cables from the device to each of the OPA211 boards had identical length, and the coaxial cables from the OPA211 to the digital oscilloscope also have identical length.

If the answer is yes, and there can be such a difference, my follow-up question would be: is the propagation delay in the OPA211 amps consistent? (i.e., if it is XX ns today, could I expect it to be the same XX ns for a reasonable amount of time through its lifetime?)

If you BW is only 45 MHz at unity gain with a wide tolerance, you cannot expect Prop. delay to be stable or accurate between any two devices in the xx ns range.

How would you like about 100 ps accuracy or less?