Circuit works with power supply module, but not when connected directly with a battery?

I am fairly new to electronics and circuitry, and I ran into a small problem while trying to make a simple circuit on my breadboard. The objective is for the LED to turn off when the photoresitor receives light and turn on when there is no light. The circuit worked fine with the arduino power supply module until I tried to connect it directly to a 3V battery pack. I tried 6V and it did not work either. The problem is that the LED does not seem to be affected by the photo resistor when a battery is connected (always being on). Here is a picture of the circuit when the light is on with the power module: 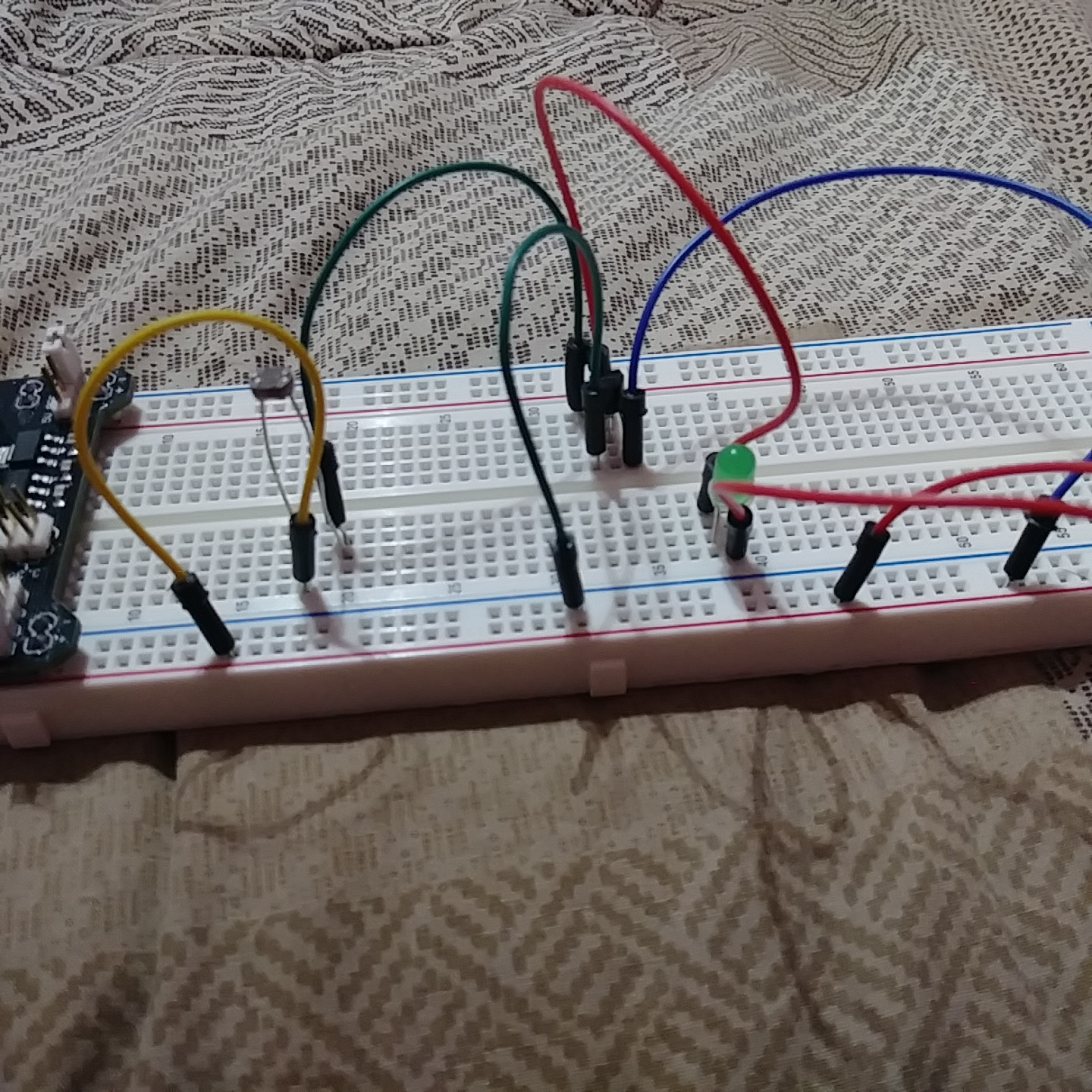 Here is a picture of the circuit when the light is on with the batteries: 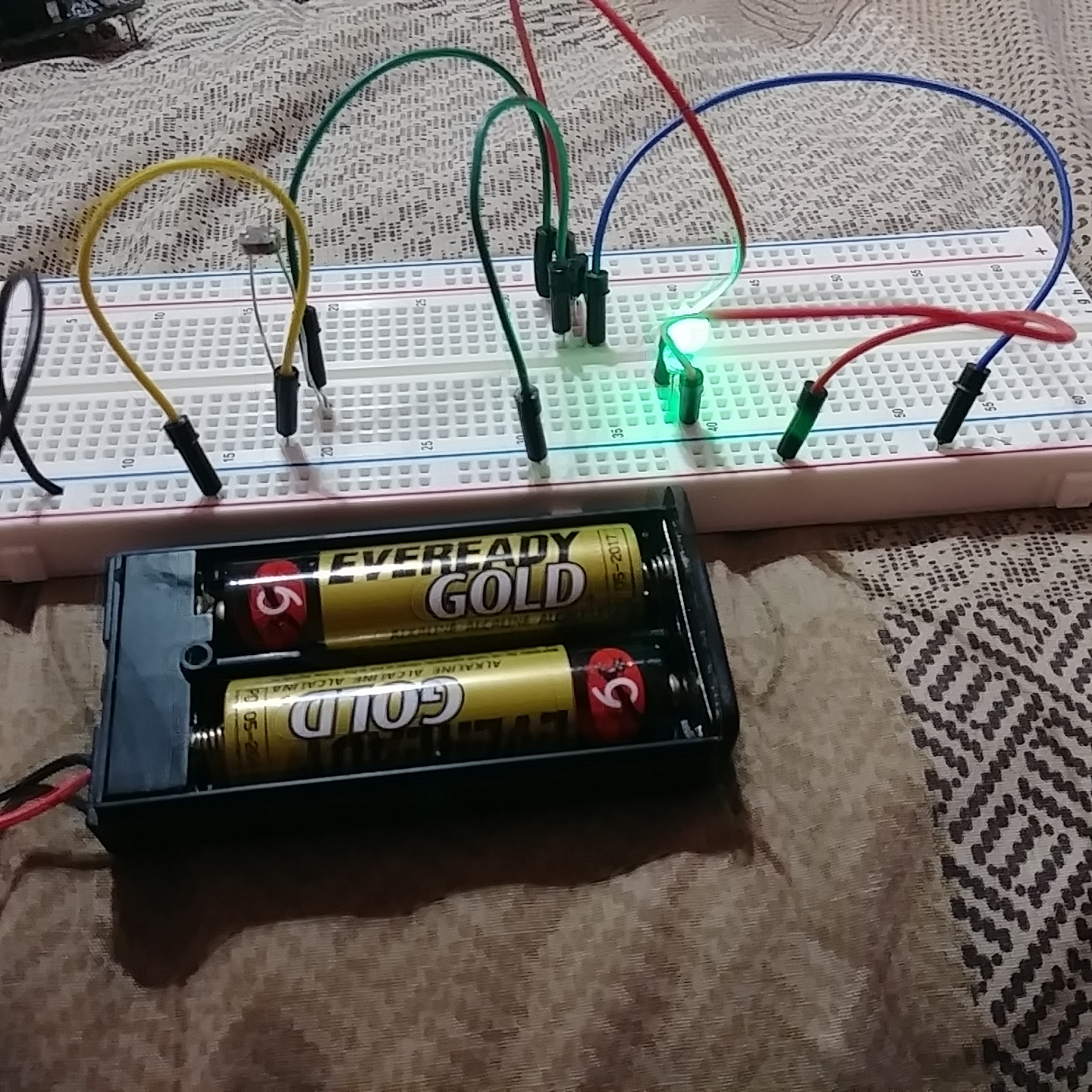 This is the best schematic (first one) that I could make. I apologize if it is a bit confusing. 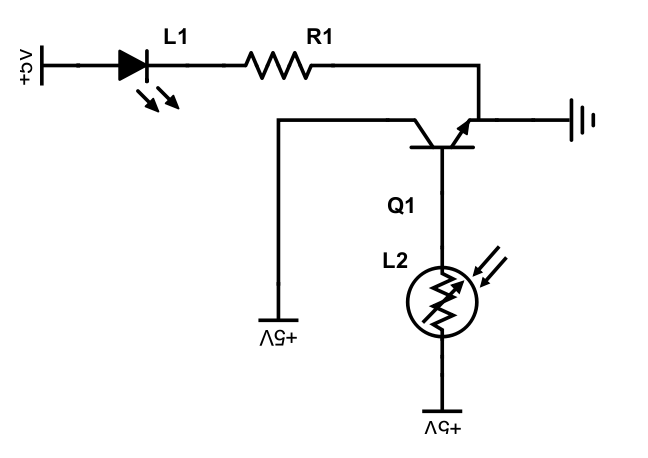 It's a very common problem. Mostly, because it is very difficult to set up a single transistor to provide hysteresis. Hysteresis is a way of forcing a circuit to stay off until a certain value is reached, but once it is turned on, then a different certain value must be reached to turn it back off. If you didn't do that, then you might have "flickering" behavior or else just a kind of non-linear dimming behavior, rather than a clean on/off behavior.

The two BJTs are arranged in a special kind of "comparator" called a "diff-pair" or "long-tailed differential pair." It's a very common arrangement. The left side uses a simple voltage divider that includes the LDR. The right side uses a resistor divider, as well. But in this case there is some "feedback" used from the collector of \$Q_1\$ to change the threshold based upon the on/off state of the circuit. There are really two outputs for this circuit; one which is used for the feedback which is the collector of \$Q_1\$ and the other which is used to drive the LED, itself (the collector of \$Q_2\$.)

If you make \$R_2\$ a little smaller, the LED will be a little brighter. If you make \$R_1\$ a little larger or smaller (percentage wise), then you will change the amount of light needed for a transition. The values of \$R_3\$, \$R_4\$, \$R_5\$ can also be adjusted somewhat. You should feel free to change their values around a little to see how it affects the results. There shouldn't be any harm to the circuit or the LED if you don't change them too much.

If you don't have access to a second BJT, you should definitely buy another. In fact, you should get a few PNP and NPN devices to play with. They are not expensive devices.

I added 100K to effectively shunt some of the light current to help switch it off. YOu can play with this value between 20k and open circuit.

Otherwise this is what I see in your 1st photo. (minus R1)

With 3V vs 3.3V it makes a huge difference in LED current as this is right at the LED voltage threshold. ( so 3V is not quite enough and more than 3.3V needs a series R with the LED to limit current Like 3,7V LiPo adds 0.4V/10mA= 40 Ohms.

Not the answer you're looking for? Browse other questions tagged power-supply circuit-analysis circuit-design or ask your own question.

303
Rules and guidelines for drawing good schematics
2
digital input levels based on another circuit (using a transistor switch?)

0
Microcontroller shutting down in etched circuit, but works as expected in breadboard circuit
0
Confused about battery voltage warning circuit with PNP transistor and Zener diode
1
SIM800C GSM module works via PC but not on battery
0
Can't power controller and LEDs with chosen power supply (works in one project but not in other)
1
ESP8266 module emits random/garbage characters on external supply (but works on arduino's 5v & 3.3v)
1
Wake up circuit - keep the circuit off when not in use
0
Powering LED light with power bank