I need to convert a PWM signal with varying duty cycle from the arduino to an analog voltage from 0-5V. I used a RC filter with a time period of 3.9ms. The PWM output has a period of 2ms. I experienced loading effect at the output and therefore I used an op-amp as a buffer. However, I am still experiencing the same problem. My output is ranging from 1.2-5V. I need the output to vary across the entire range of 0-5V. Can anyone suggest a solution for this?

I used a RC filter with a time period of 3.9ms. The PWM output has a period of 2ms.

You need a longer time period for your filter I would suggest. I would also suggest that you simulate this to see what the output looks like and notice that some artefacts of the PWM signal are still present on the DC level: - 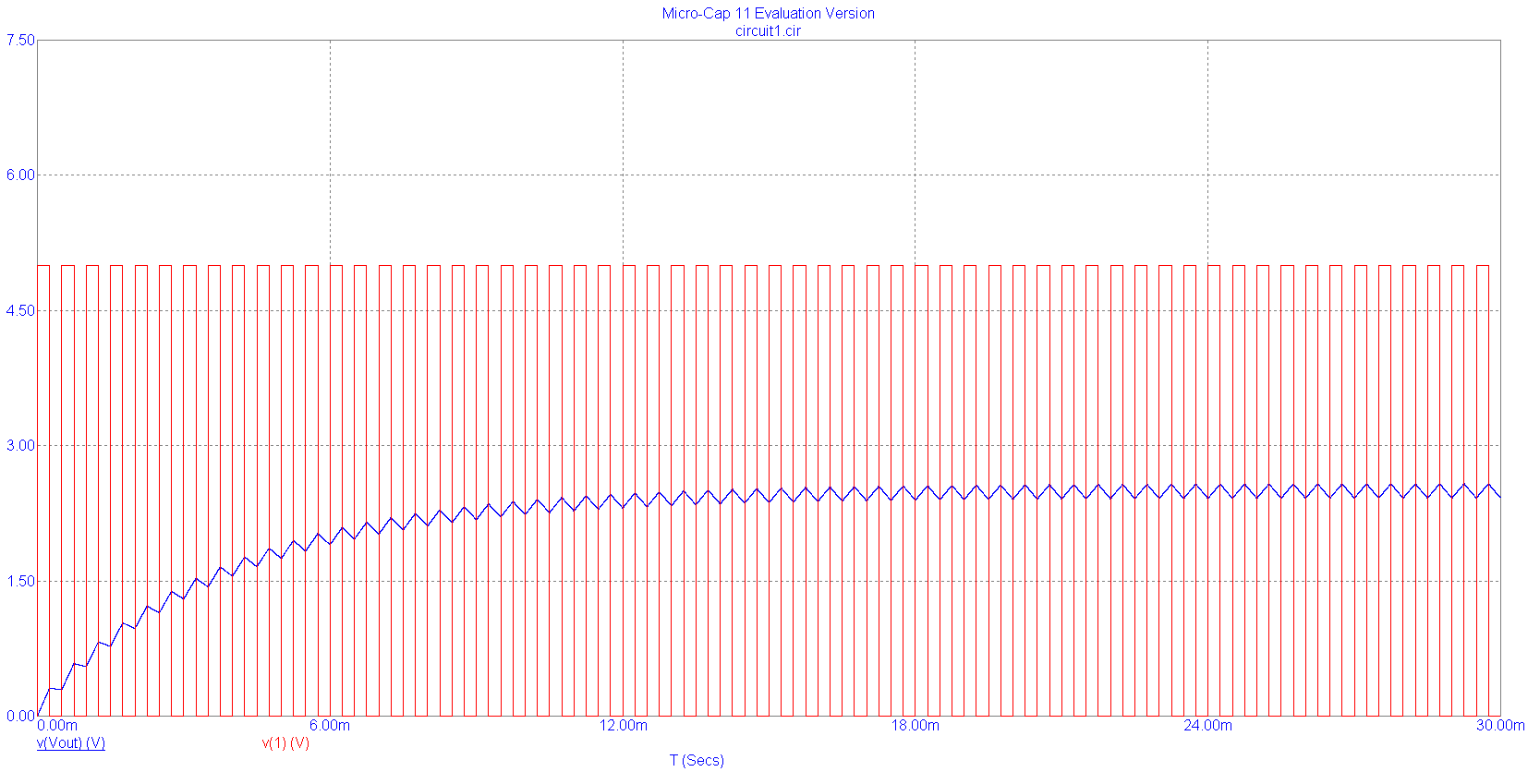 The above uses your numbers and yes, adding a load will alter the filter characteristics and give different results (more ripple voltage). If you have decent bipolar supplies you should be able to use an op-amp but remember, an op-amp can only usually supply loads of up to 20 mA. If you are looking for a more powerful current delivery system you need a power amplifier or the adddition of a transistor.

What supply voltage are you using? If it is a single 5 V supply then don't expect the LM358 to be able to make 0 to 5 V at its output. Especially when the output is loaded, it will be unable to take the output to the supply rails.

But a much easier solution is to use an opamp with rail-to-rail input and output, for example the MCP6001. Also with this opamp you cannot load the output too much if you want it to be able to reach the supply rail voltages. 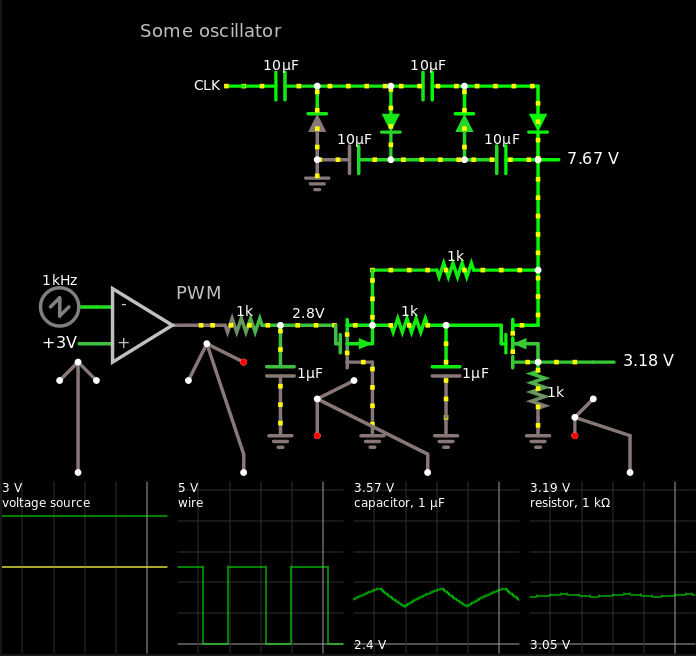 I've made arrows that shows which nodes the graph's represent.

The 1 kHz sawtooth and the 3 V going into the op-amp to generate the PWM is not an actual part of the circuit, that is a model for the PWM coming out from your MCU.

The "Some oscillator" could be a pin on the MCU or some other oscillating circuit.

I also added another LP filter for extra filtering.

However, you could also just ignore the MOSFET's in follower configuration and just hook up the 7.67 V supply to your LM358 and be done with it. I just wanted to share the MOSFET solution first to show that you don't have to throw op-amps at everything to solve every problem.

Not the answer you're looking for? Browse other questions tagged arduino analog pwm loading-effect or ask your own question.

5
How to generate a pwm signal that varies atleast 20times between 0-5V range using Atmeaga32 avr mcu?
1
Analog Fan control via PWM
2
How does PWM generate an analog signal?
2
Is there a way to use Arduino PWM signal to supply a varying large current through a restive heating element?
0
I need to vary the duty cycle between 50% and 70% of a PWM signal