Normally I would test an amplifier design in SPICE by using a method such as this: 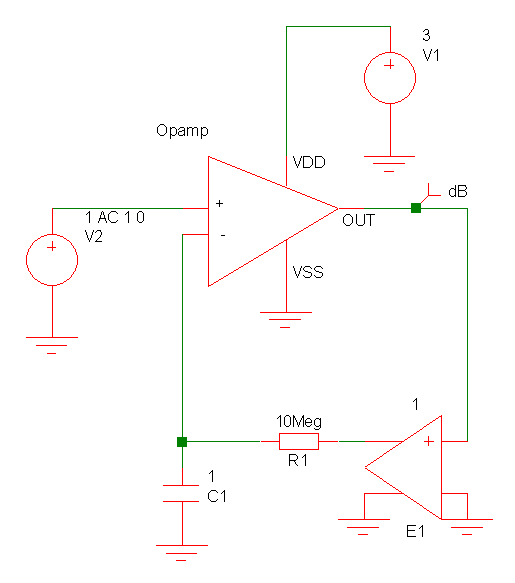 I would run a .ac simulation and plot the result.

The amplifier I want to design is a chopper and so .ac sims do not work because I need to find the open loop gain at DC and my DC signal is being modulated. This restricts me to a .tran simulation.

How can I find a DC Open loop gain with a chopping amplifier in SPICE?

This is the circuit of interest for simulation: 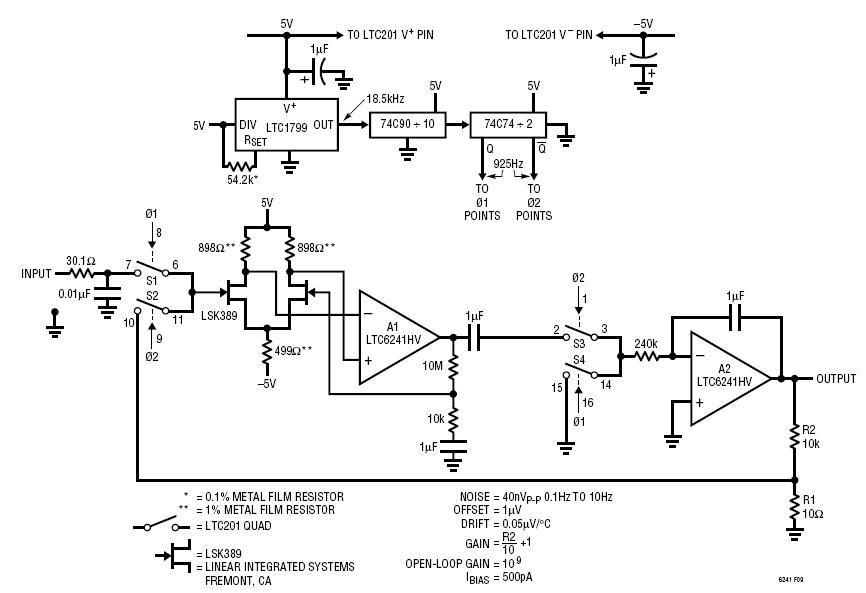 My real question is how do I find the open loop DC gain for this circuit (on paper and in spice)?

You could break apart into stages, and consider separately. First, the sampling is 925Hz, so anything beyond f0/2 is simply ignored. Second, there are two paths, dictated by each of the two pairs of switches, \$Q\$ and \$\overline{Q}\$.

The first stage would be the input RC, that's easy: fc~528kHz, consider flat. When \$Q\$ is active, input is active, else output is active; both go directly into the JFETs.

There is at least a pole of the opamp which is beyond Nyquist, ignored.

The last stage is the integrator plus or minus the 1\$\mu\$F cap + switches. Their RDSon is considered too low compared to RDSoff. If \$Q\$, A2's input is grounded, its output will be the discharge of the feedback cap. If \$\overline{Q}\$, input is a passive highpass with C and RDSon, terminated with RDSoff which is, normally, much higher than the 240k, thus the output will be influenced by the integrator's input, which will also change the overall transfer function. At this point, I call LTspice to help and it turns out that the relevant transfer function is that of a highpass with fc well below 1mHz (~159\$\mu\$Hz, considering RDSoff=1G\$\Omega\$), together with a shelf lowpass with only the pole being below Nyquist, at ~325Hz (quite close to 462.5Hz), so you could write:

Not the answer you're looking for? Browse other questions tagged amplifier ltspice spice or ask your own question.