Hello i am a beginner at this and i would like your guidance . I would like to design an op Amp based 25Mhz Hartley's oscillator . I did some calculations and came up with the oscillator below , but it doesn't oscillate please help me 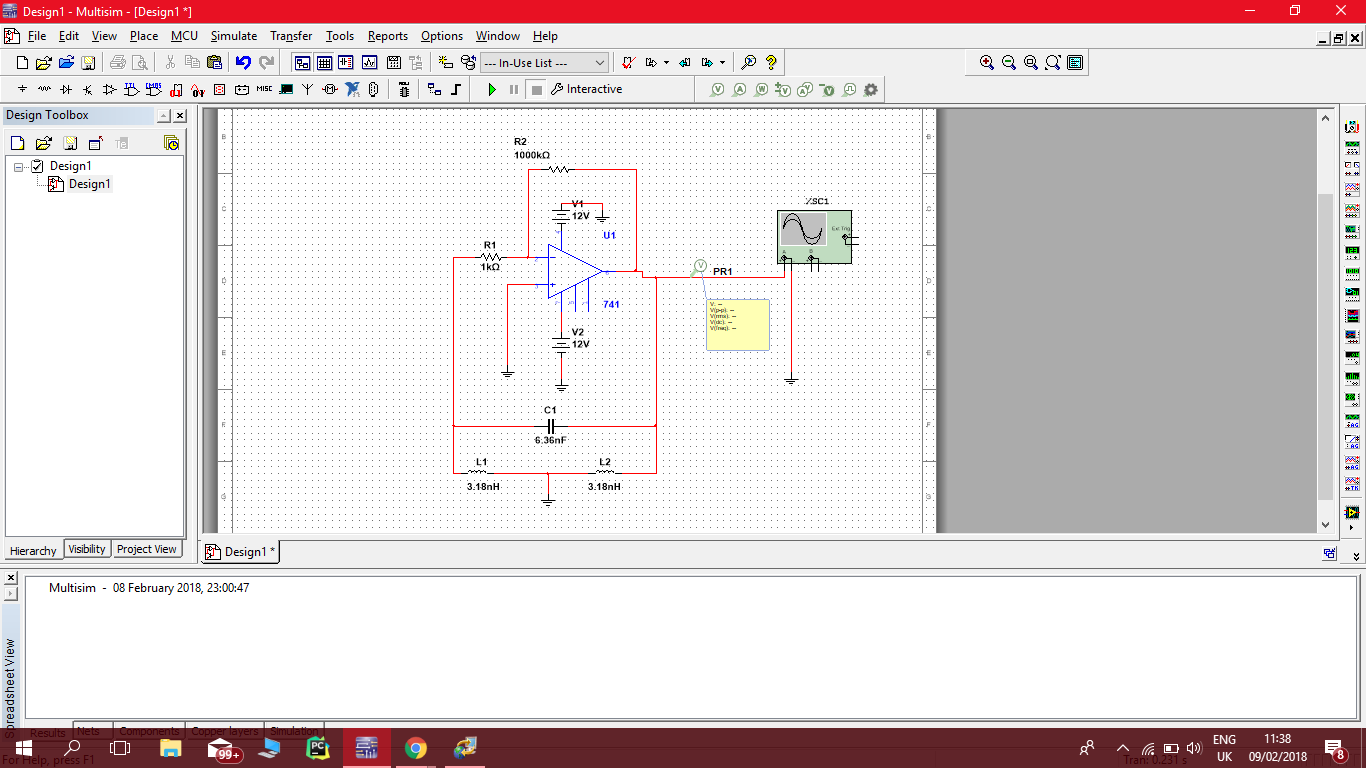 Andy aka has explained why the 741 type opamp is not a proper choice. You need an other opamp which has a unity gain bandwidth which is at least 10 times larger than your oscillation frequency. More than that, it must exhibit a very fast slew rate (large-signal bandwidth). This is not easy to find. For this reason, at this frequency a simple transistor stage may be a better choice.

However, besides these arguments: Even with a high-frequency opamp the shown circuit is not able to produce self-sustained oscillation. Look at the inductor L2 - what is its effect? It has (practically) no effect on the feedback network because it works just as a load impedance - nothing else.

Surprisingly, this error can be found in the literature rather often. The authors simply transfer the principle of transistor-based circuits to opamp based circuits - and they forget that the transistor acts as a current source, whereas the opamp is a voltage source.

Hence, it is important to add another resistor Ro between the opamp output and the common node of L2 and C1. In this case, we have a 3rd-order feedback path which allows the required 180 deg phase shift at the desired frequency (high pass Ro-L2-C1-L1)

it doesn't oscillate please help me

Here's your schematic with a small red box around the type of op-amp: - 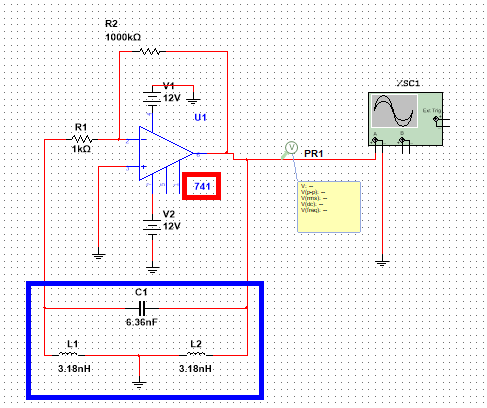 The 741 is a dinosaur and will never oscillate at 25 MHz under any reasonable circumstances.

The blue box shows the component values you have chosen and these are not well suited for this type of circuit. Inductance needs to be at least 10 times bigger and capacitance needs to be 10 times smaller to begin standing a chance.