I am working on a project in which we have an an i.MX53 to driving an LCD through the LVDS connector and we fail the required EMC criteria. There are multiple peaks at 40 MHz intervals (starting at around 500 MHz) which I believe corresponds with the LVDS clock rate of the MX53: 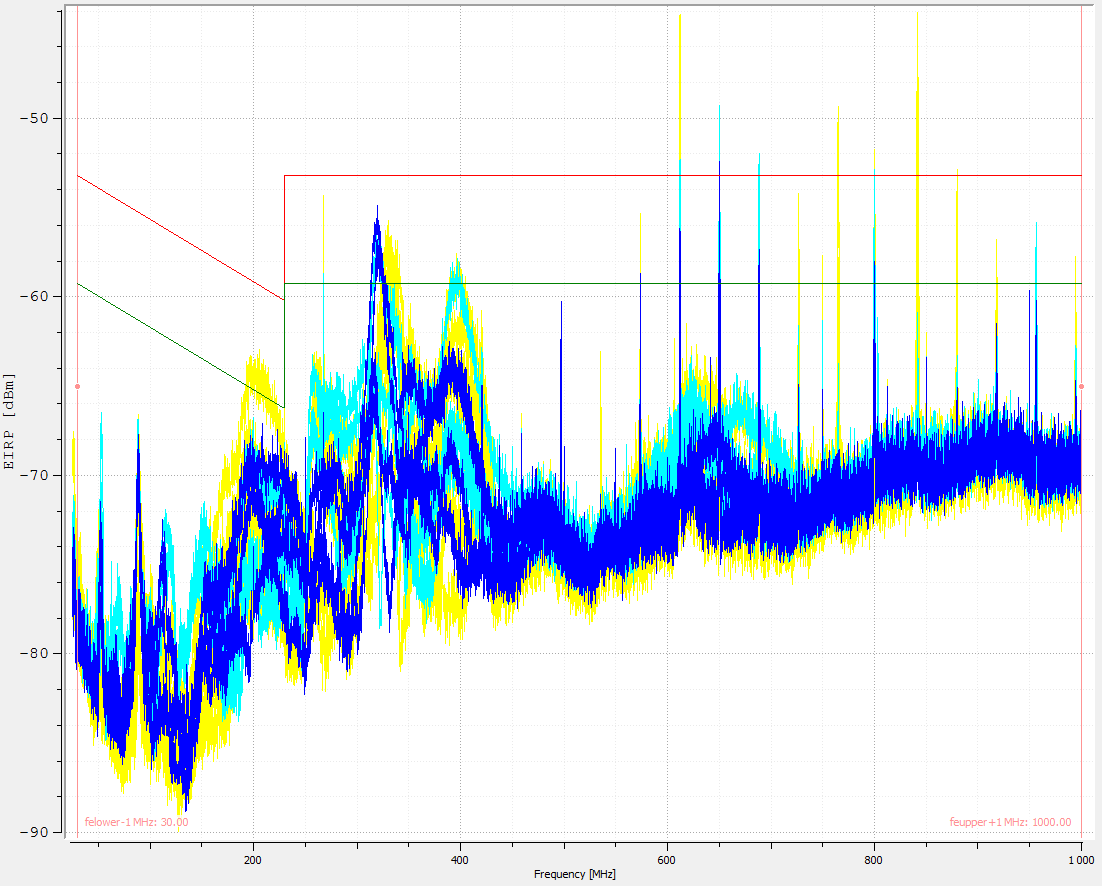 The yellow is with the standard cable and the blue/cyan is the measurements with a twisted pair LVDS cable. I know we are in the red with that broadband noise between 200-300 MHz but I'm fairly confident we will have it fixed with the new expansion board that's in the works. Also I'm pretty sure it's the LVDS cable causing the trouble because those spikes go away when I unplug the cable.

My question is: how can I reduce the harmonics from the LVDS cable? I've tried ferrites (although I got no specs for the ferrites so it was a toss up) and twisting the pairs with very little effect.

Also is it possible that the i.MX53 sends out way too strong signals? Based on the schematics, they didn't overdo filtering. 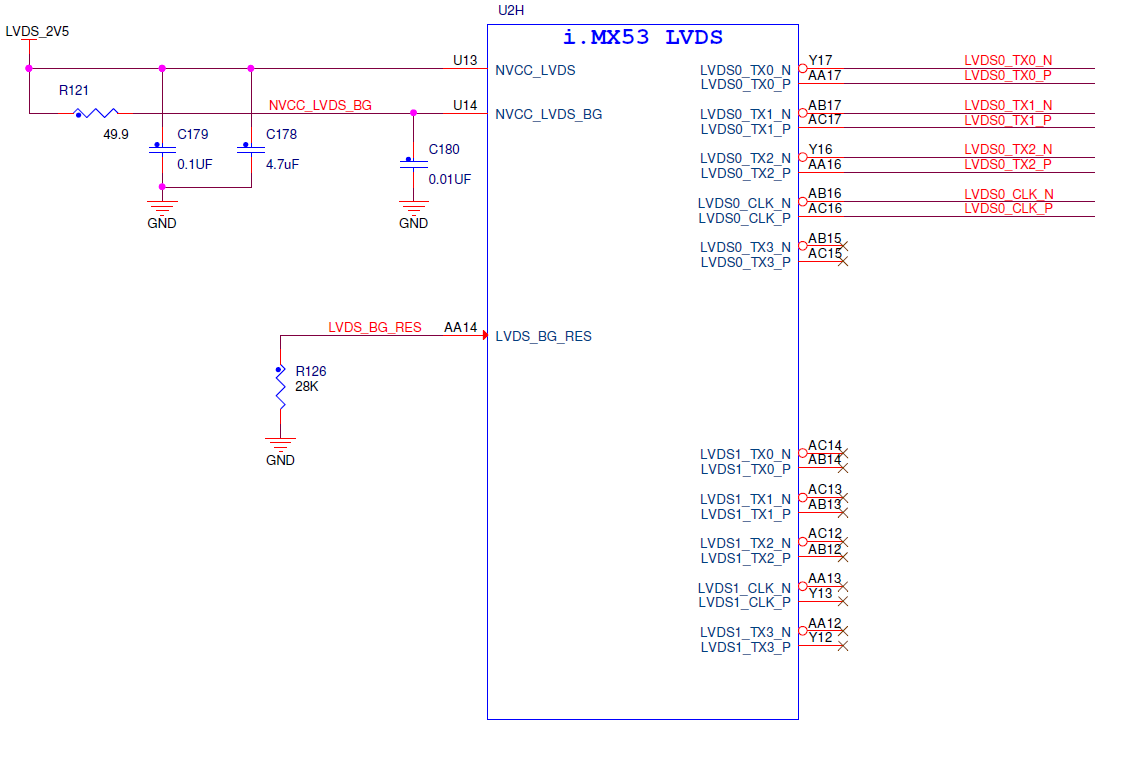 I would be happy to hear any suggestions. Here's what we've tried so far:

And here's what I'm considering:

Are you working with an OTS board or do you have control over the i.MX53 Board? If you can change the board, you could have a look at the following:

In all cases, even if you can't influence any of the above: look into drive speed and drive strength of the i.MX ports. It might or might not be available, but reduce as far as possible.

Not the answer you're looking for? Browse other questions tagged emc lvds harmonics or ask your own question.

24
Alternatives to SPI because of EMI
10
EMI Filtering on LVDS lines
3
Understanding source of EMI
6
GND plane close to LVDS differential pair?
0
iCE40 LVDS clock input
0
LVDS cable between a camera and a FPGA
3
Convert single-ended (analog) signal to LVDS
0
What lvds connector do I have